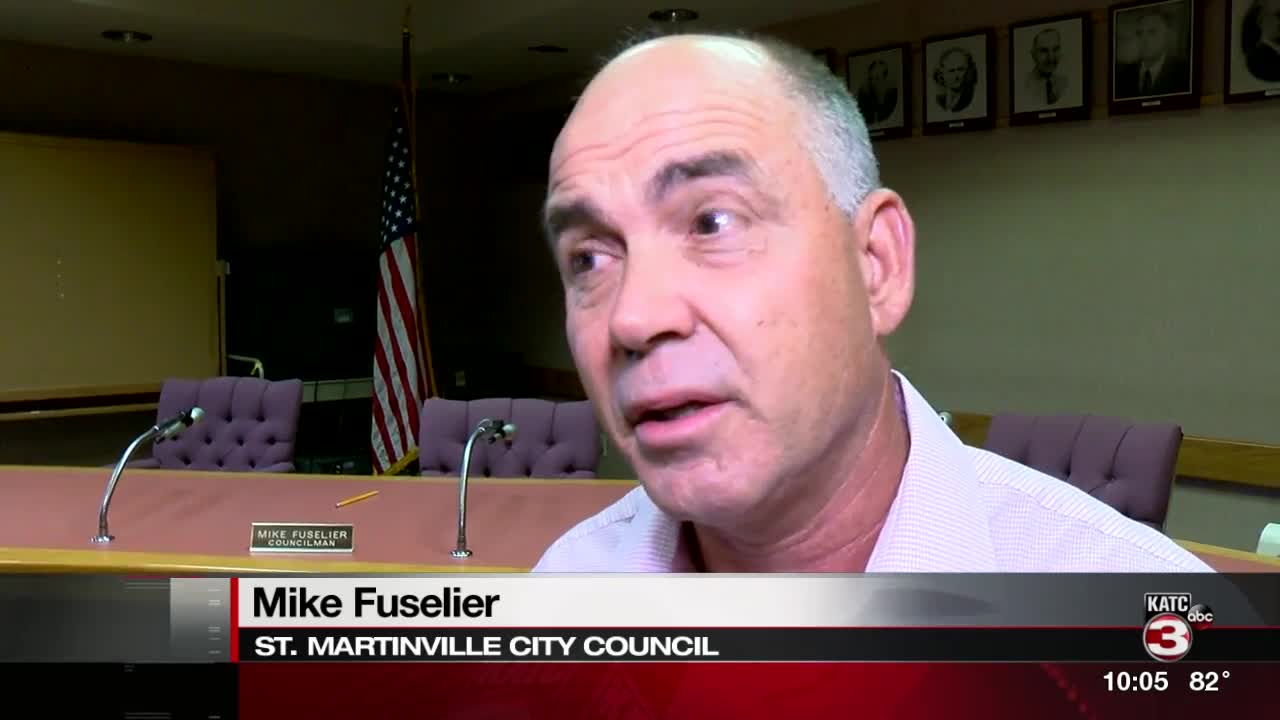 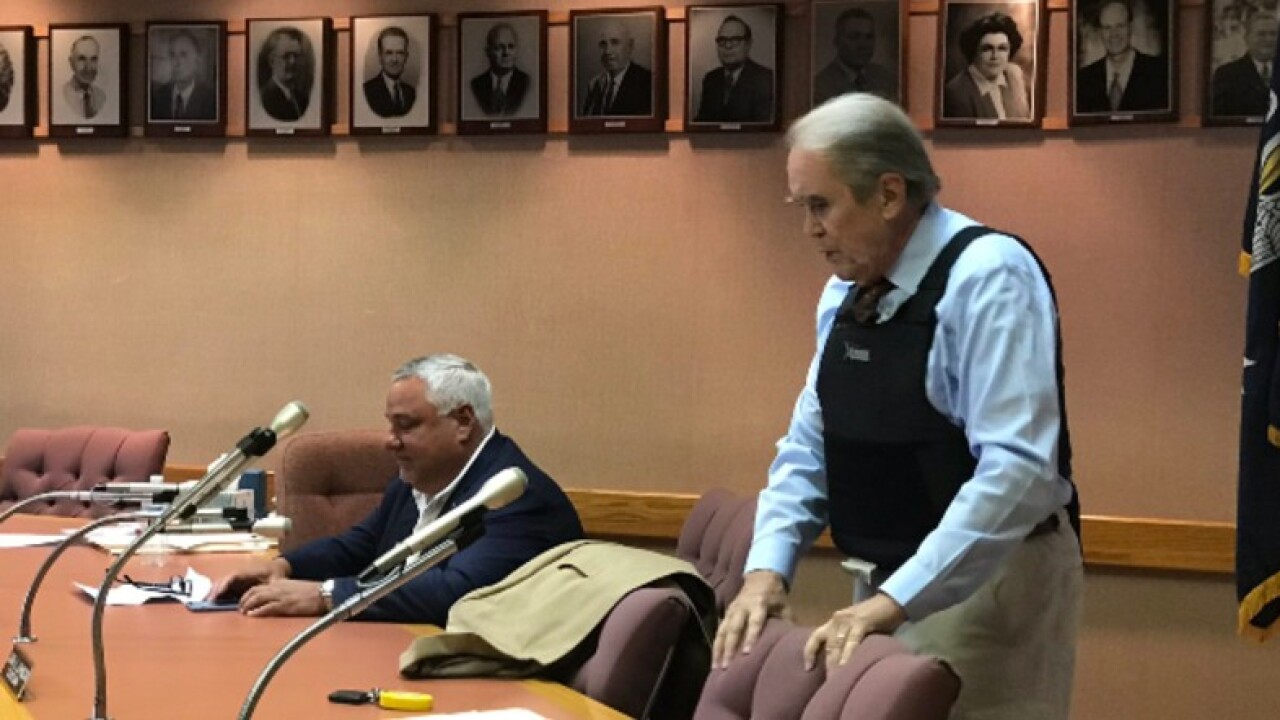 The motion to file that injunction was approved by a vote of 3-1.

Durand is the person the council will direct to file that court order against Lawrence Mitchell. The injunction would prevent Mitchell from entering onto any city property or approaching any city employee except his wife.

Durand later removed the vest before the meeting began.

Prosper has a restraining order against Mitchell.

He says since Mitchell was last arrested in May, he's left him alone. Prosper said he's now getting calls from other city employees about the Mayor's husband's behavior. The most recent incident happened this week.

"It's been harassment. As I mentioned, the utility director, the superintendents, other city council members other than the one that has the restraining order," said Councilman Mike Fuselier. "Several public works officials. It's multiple people and it needs to stop."

There is one stipulation to the injunction. If the Mitchell family is hosting an event at a city owned park, the Mayor's husband is allowed to attend.

Mayor Mitchell was not at tonight's special council meeting. We're told she is on vacation.

KATC's Chris Welty did ask the Mayor for comment and she said, "I'm good Chris. Thanks."