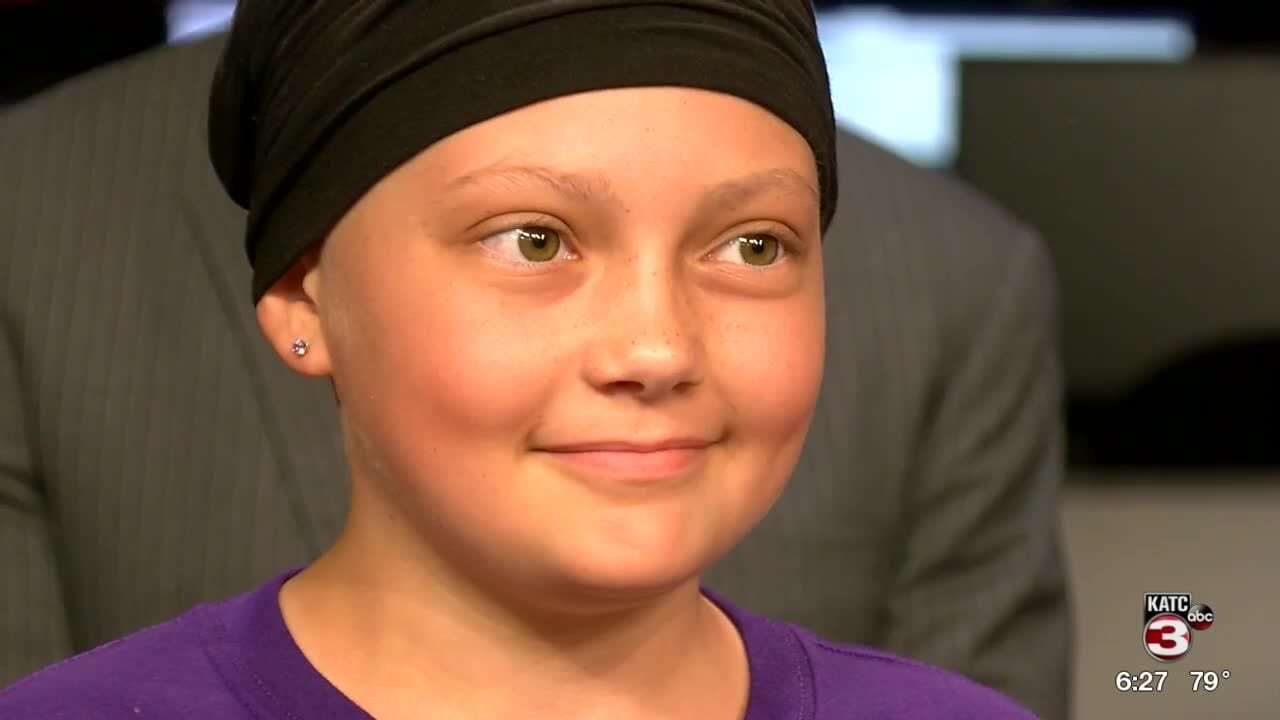 A young girl from St. Martin Parish is once again battling cancer but receiving support from home.

Sadie Guidry from Parks was diagnosed with Rhabdomyosarcoma, in January of 2018. She was only 11-years-old. After being in remission for 6 months, from December to June. She went in for 6 month scans where she and her family learned that her cancer was back.

She is now fighting once again and we be traveling to MD Anderson in Houston for treatment.

To cheer her on in her fight to beat cancer, the cheerleaders from Breaux Bridge High School gave Sadie a shout out at Thursday's football game. The team wishes her the best, encouraging her to "Go, Fight, Win."

Sadie will be preparing for surgery on October 28, according to family.

Guidry visited KATC as part of Bob Giles and Dreams Come True this year where she learned that she was going to Walt Disney World.

To read more about Sadies story you can visit her Facebook page Soldiers for Sadie!