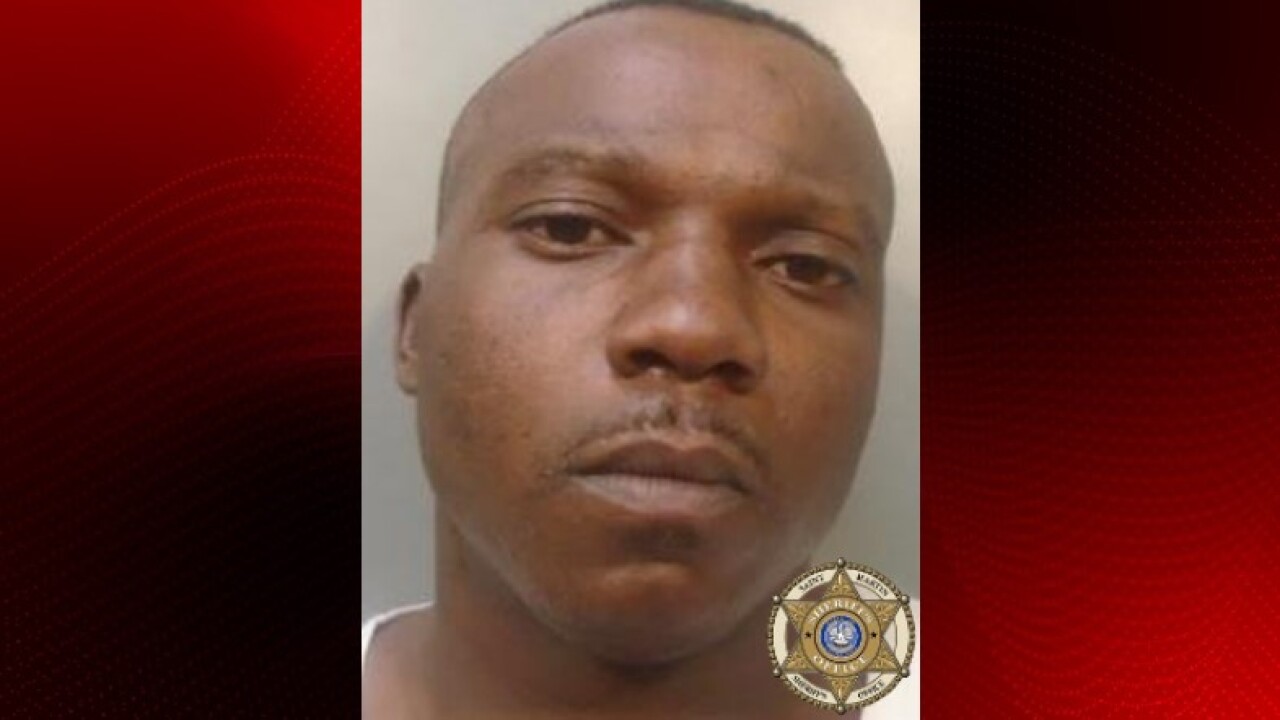 A Henderson man has been arrested in connection with the shooting death of an Arnaudville man whose body was found in rural Rapides Parish.

The body of 32-year-old Marcus Robicheaux of Arnaudville was discovered near Lecompte on Monday, November 4.

Deputies say Lewis allegedly got into an altercation with Marcus Robicheaux inside a vehicle parked outside of a Henderson residence on Sunday.

During the altercation, deputies say Lewis fatally shot Robicheaux and then fled the scene with Robicheaux still in the vehicle.

Lewis allegedly drove to a rural, agricultural area near Lecompte in Rapides Parish where he abandoned the vehicle along with Robicheaux's body.

He was booked into the St. Martin Parish Correctional Center on the following charges: