All lanes open on I-10 East

Congestion has cleared in the area. 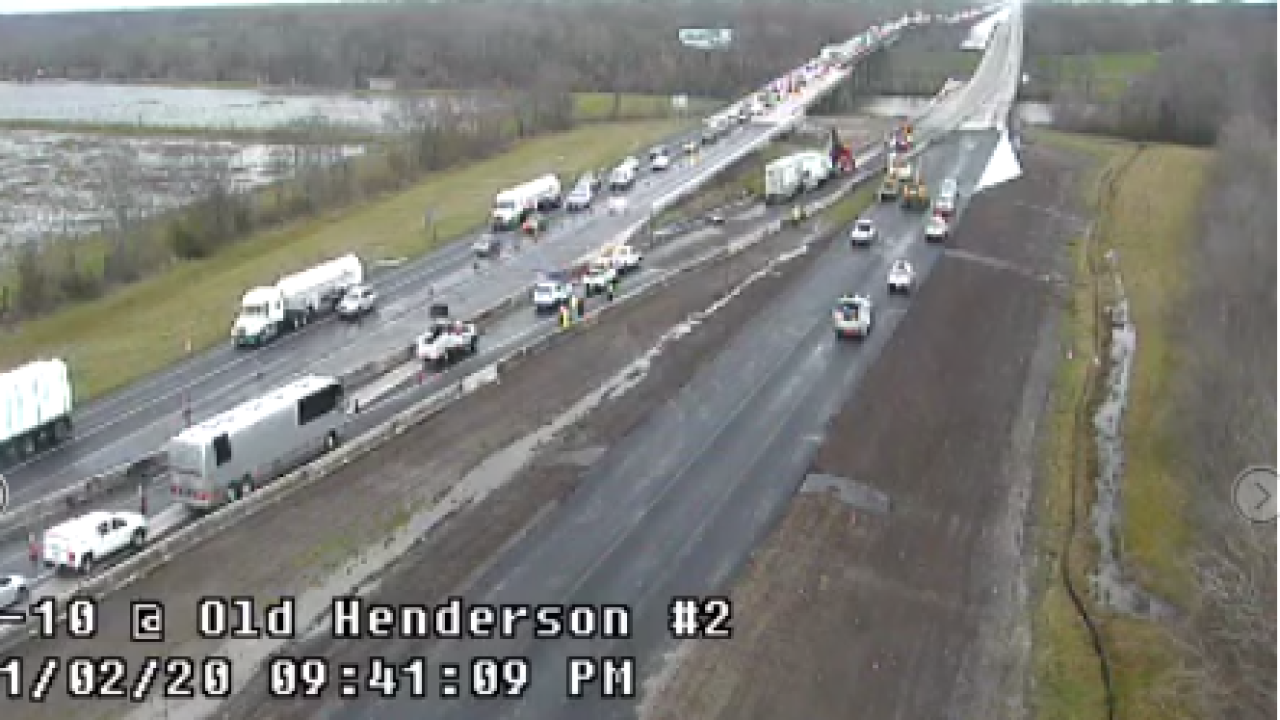 UPDATE: I-10 East is now closed at Mile Marker 116 (LA 347) due to an accident. Congestion has reached 8 miles. Motorists are advised to use an alternate route.

State Police say crews are working to repair the concrete barriers on the interstate. Once they are repaired, I-10 will be reopened.

Drivers on I-10 in both directions are being asked to use caution after several incidents along the roadway.

All lanes are open on I-10 East at Mile Marker 104 (Louisiana Avenue). Congestion is minimal at this time.

Law enforcement are on the scene of those incidents. It is unclear when traffic will clear up