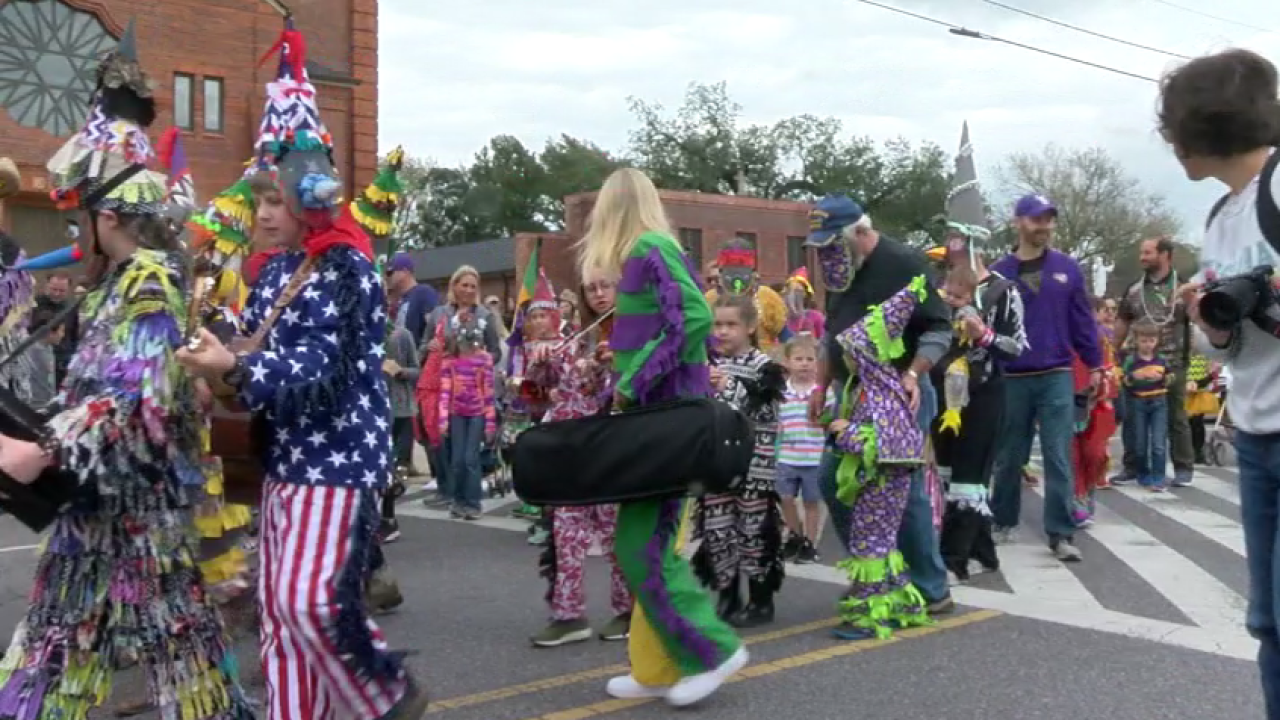 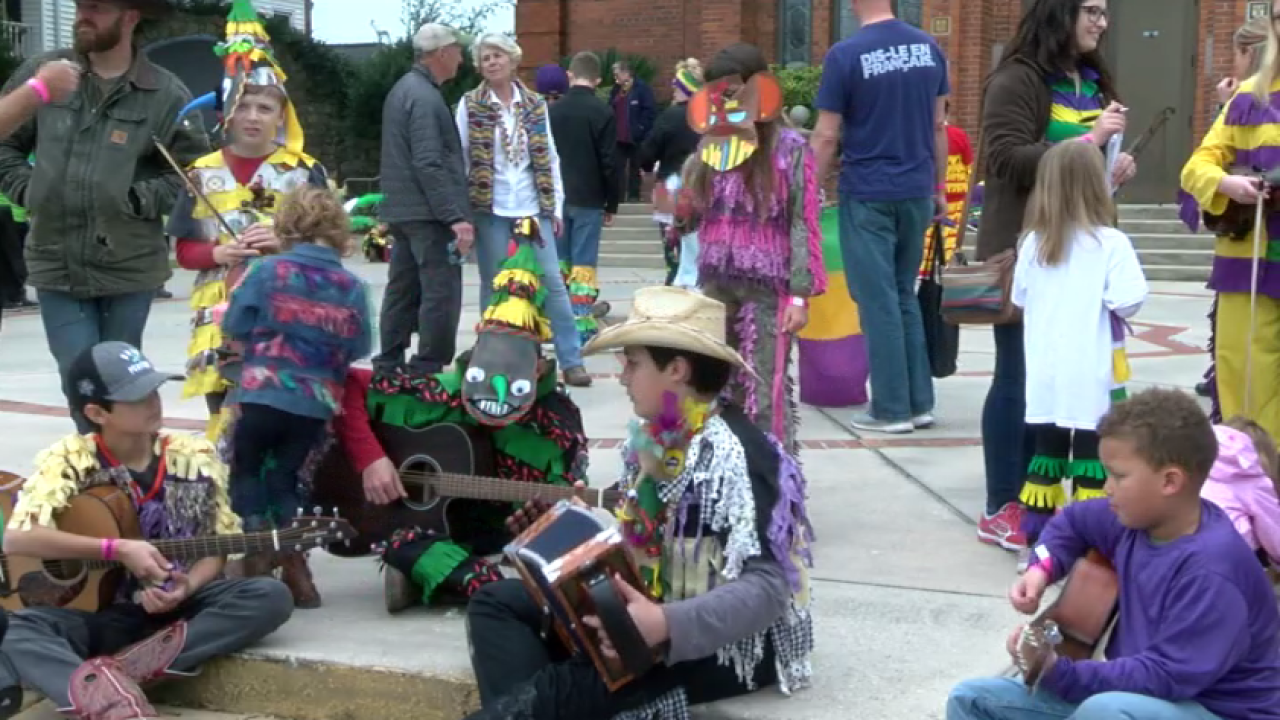 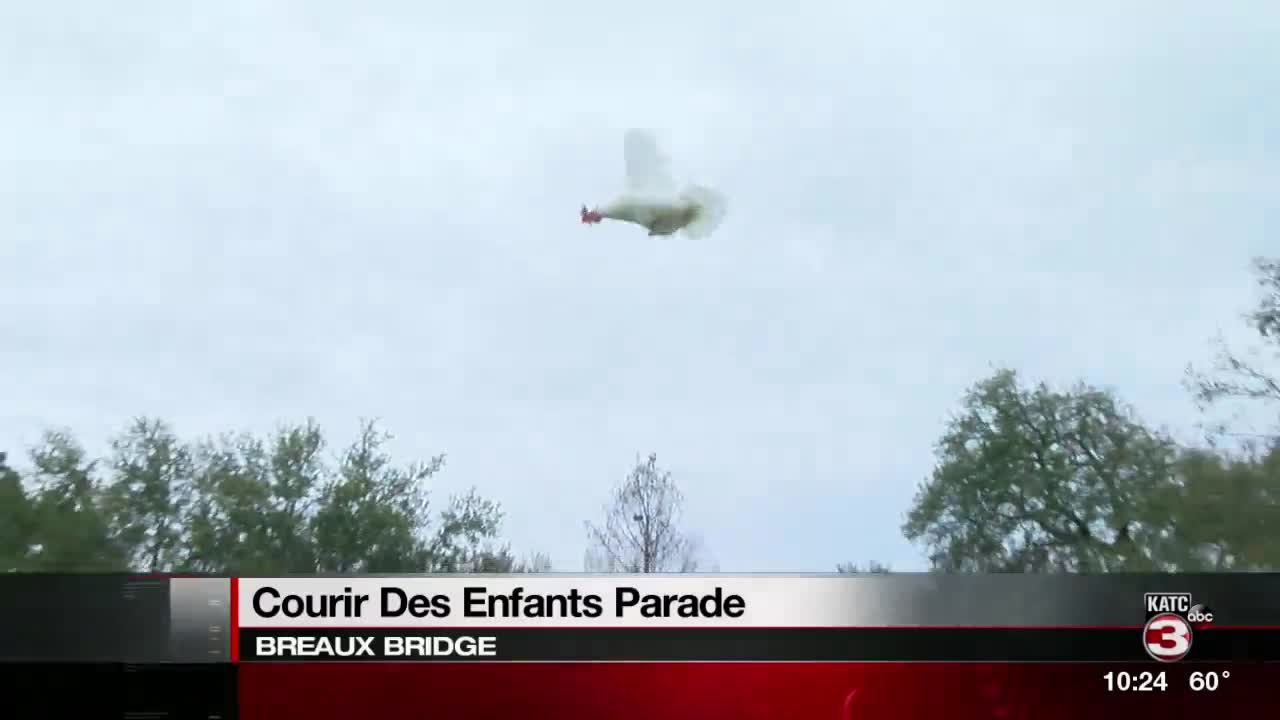 In Breaux Bridge , the children got the chance to run in their own traditional Mardi Gras courir.

Families were invited to bring their children to the Courir des Enfant on Monday morning. The young revelers were decked out in Mardi Gras costumes and walk through the street of Breaux Bridge asking for gumbo ingredients.

The children were asked to bring instruments to play music along the route. They were even given the chance to chase a chicken which got lots of love from the children after it was recaptured.

The parade and run started in front of St. Bernard Church in Breaux Bridge

Participants were invited to a Lundi Gras Party to partake in a gumbo and dance after the parade.