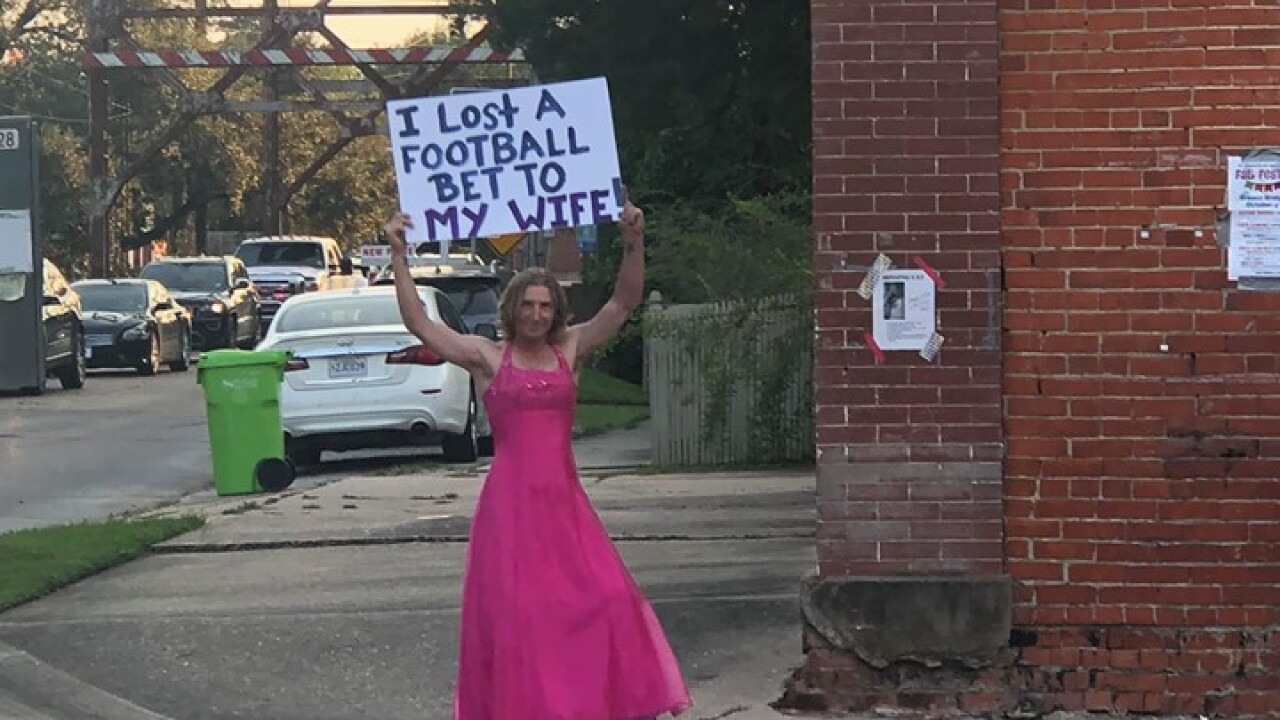 An Acadiana man made good on a lost football bet to his wife by standing at a busy intersection in an eye-catching outfit.

The spectacle took place on Wednesday, October 2 at Rees and Bridge Streets in Breaux Bridge.

Lauren Boudreaux says that she and her husband Scotty make football bets on Monday and Thursday nights. Part of their agreement is that they don't bet on Saints games.

Before the Bengals v. Steelers game on Monday, the two made a bet on who would win. Scotty chose the Bengals and, unfortunately for him, they lost 3 to 27.

The couple's wager for the game was to have the loser stand on the corner by the Breaux Bridge birthday wall in the winner's outfit of choice.

The result was Scotty wearing a bright pink prom dress and holding a sign saying, "I lost a football bet to my wife."

Lauren says that there will be a bet tonight but the two are still trying to figure out what they're betting on.

Lauren shared a video to her Facebook page as drivers honked and grabbed a quick picture while passing. One woman even handed Scotty a $1 bill.

Past bets documented on Lauren's Facebook page show the couple completing a variety of tasks including eating baby food and hot wings and braving a shower of ice water.