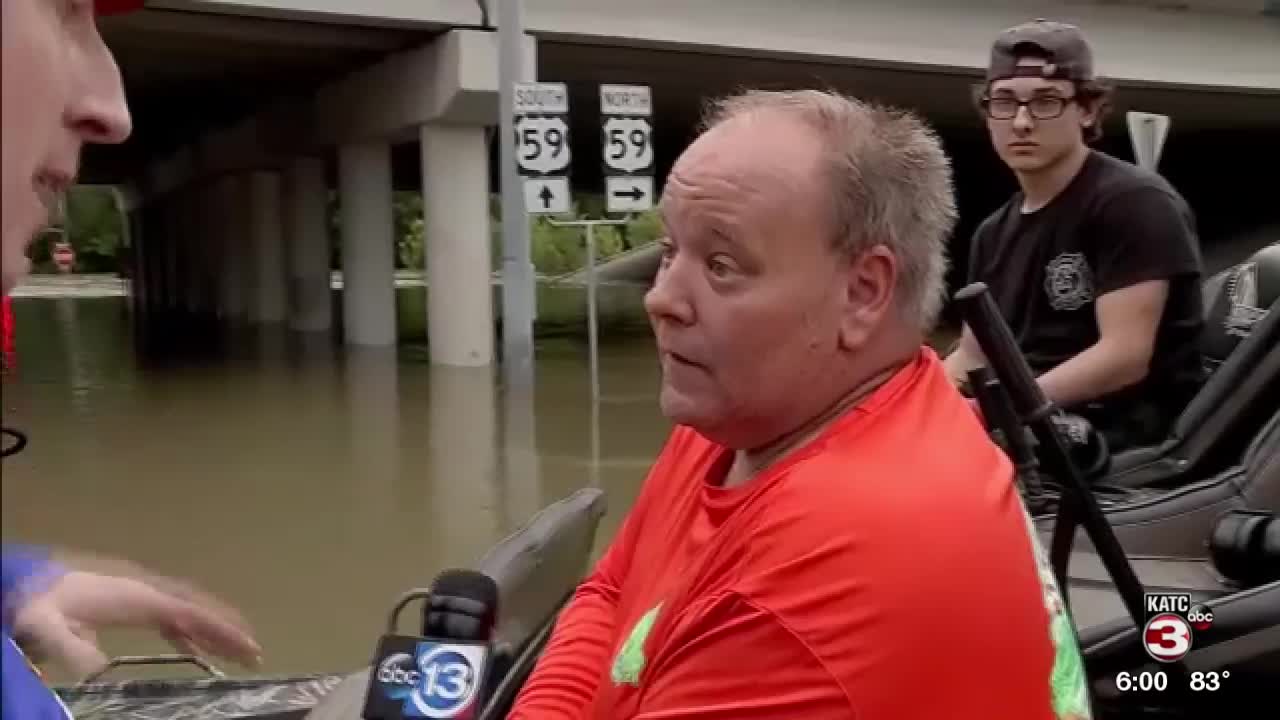 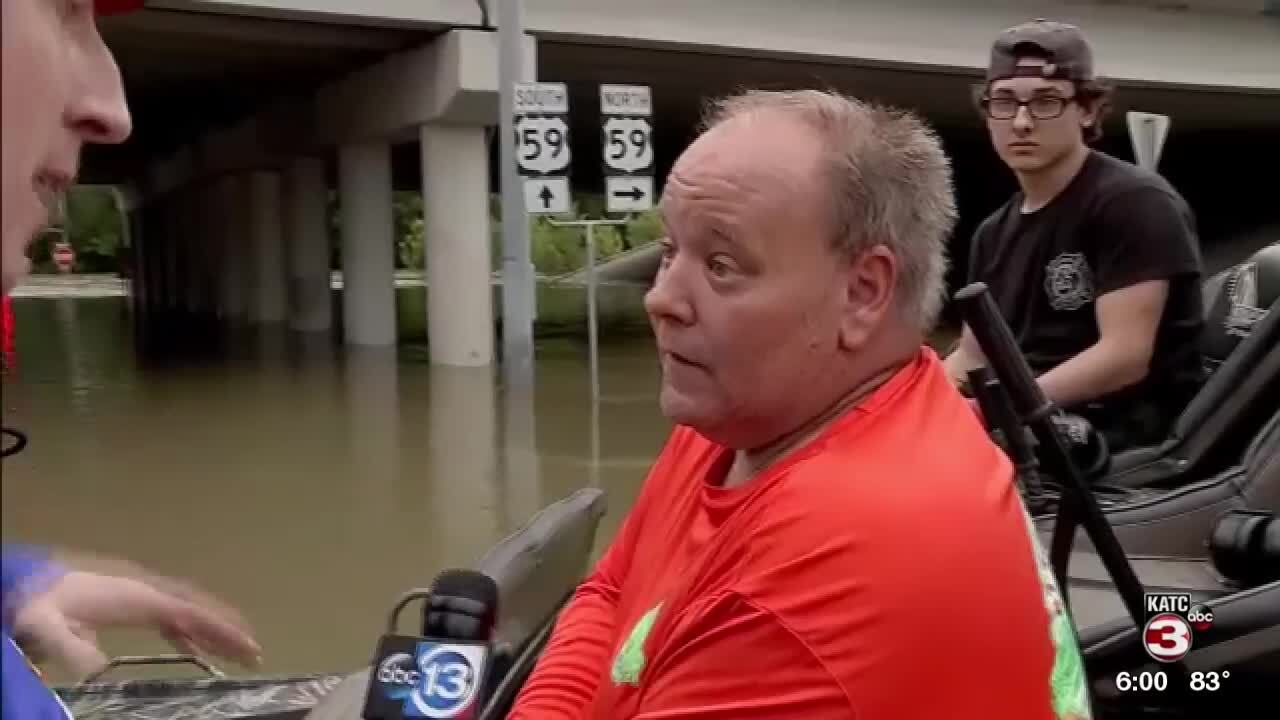 Imelda is being blamed for as much as 43 inches of rain across Texas, leaving thousands stranded.

In true Acadiana fashion, a group of eight volunteer fire fighters from the St. Martin Parish Fire District loaded up supplies and brought their personal boats to Texas to help with search and rescue missions.

Across Southeast Texas, officials say more than a thousand people have been rescued so far. Using everything from airboats, tractors and dump trucks.

When asked if nightfall would cause an issue with rescues, Olivier said no. "Not for normal people, but we're going to run all night long," he said.

Olivier and his crew have rescued more than 250 people. The volunteers partnered up with the fire department in New Caney, Texas.

On Friday, Olivier says the water is going down and the cleanup process is beginning.

"Yesterday we were in areas that had 20 feet of water and now, they probably have about a foot," Olivier said.

This is the group's second time volunteering in the New Caney area. Two years ago, they helped with rescues during Hurrciane Harvey.

For the fire fighters' families back home, they're used to their loved ones committing to serve their neighbors. The volunteers plan to come back to Louisiana on Friday night but might make a stop in Beaumont to assist with rescues there.