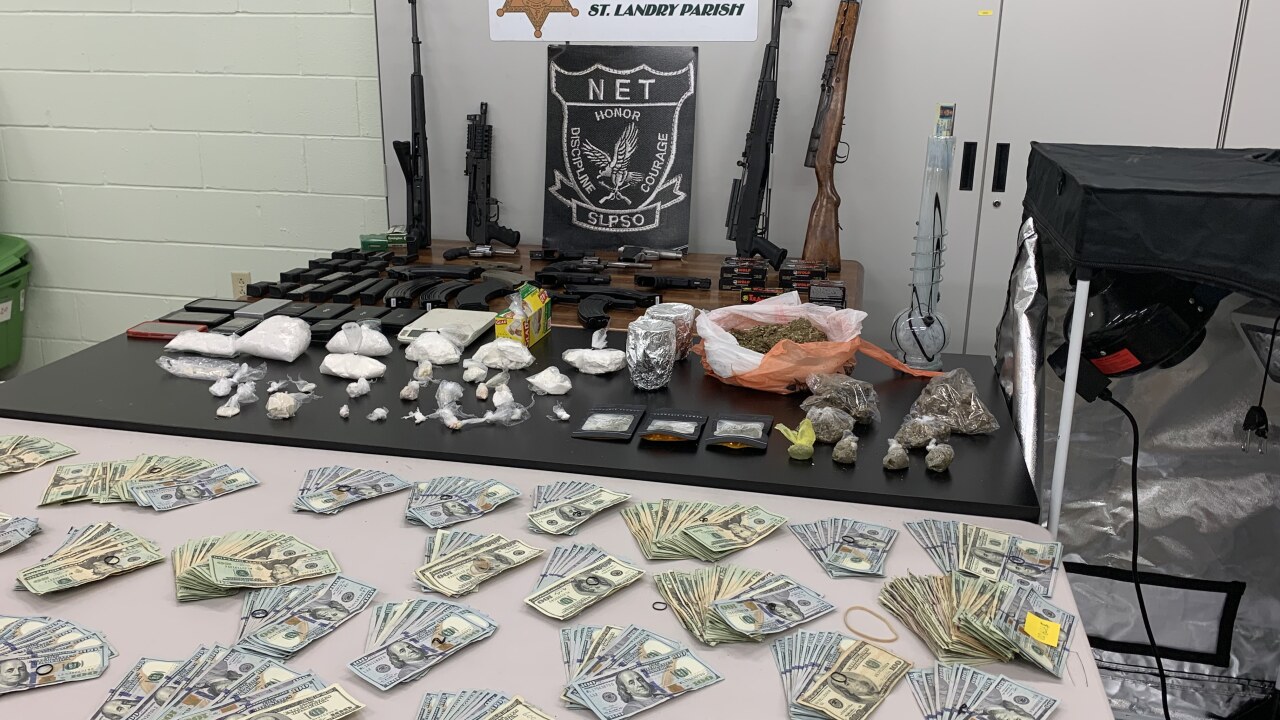 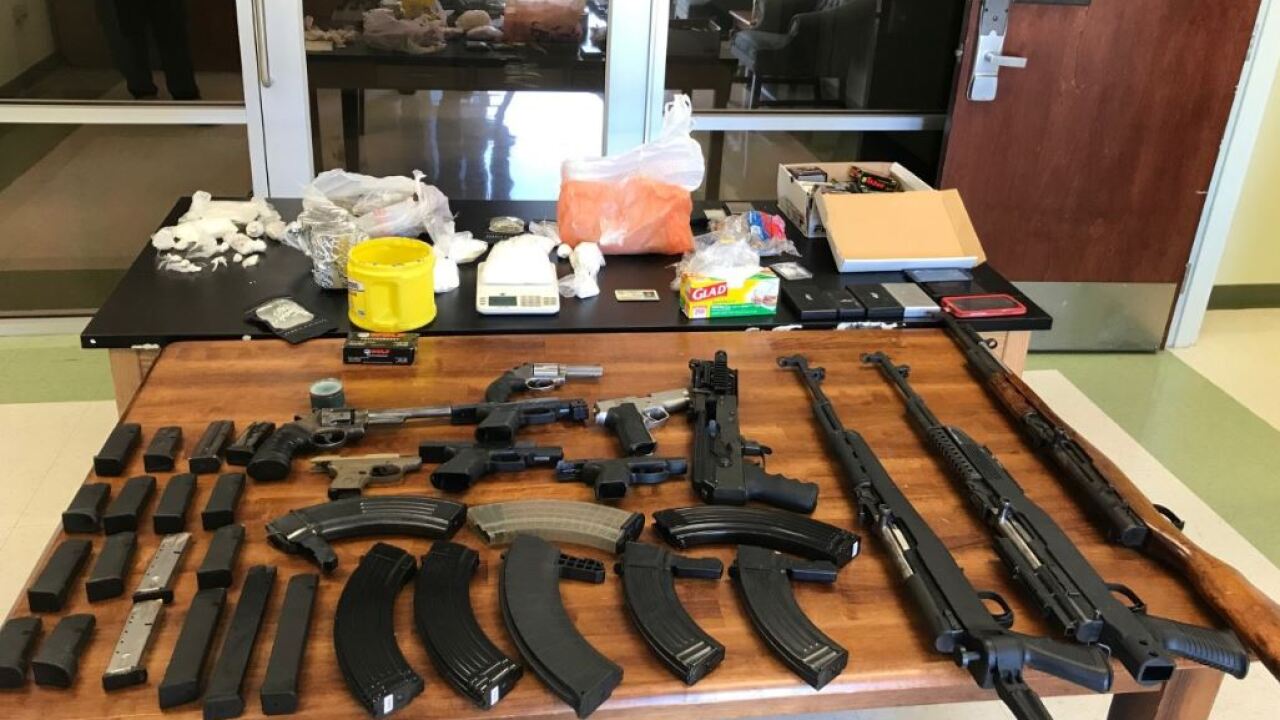 ST LANDRY PARISH, La. - After almost a four-year long investigation, a Lawtell couple is behind bars accused of multiple drug and gun charges.

On Tuesday, St. Landry Parish narcotics agents along with members of St. Landry Parish S.W.A.T. team, executed a high- risk search warrant at the address of 2000 block of Highway 752, Opelousas, according to Sheriff Bobby J. Guidroz.

Narcotic agents along with the S.W.A.T. team made entry into the residence through the side door facing east. The storm door was reinforced by what appeared to be ballistic glass or some type of non-shattering or reinforced glass and door frame, the sheriff stated. The home also was equipped with a video surveillance system around the home. Agents entered the home and located Kelonda Thibodeaux, 35, holding a child in her arms. Agents then located her husband Brandon Thibodeaux, 30, in the master bedroom closet.

A search of the home was conducted, the following items were located:

The couple along with their son were transported to a juvenile office.

Both Brandon and Kelonda Thibodeaux refused to talk to the agents, according to the sheriff.

Both were booked into the parish jail and denied bond. Child Protection Services were notified and released the child to a family member.

"This major drug bust is a result of an ongoing investigation that lasted nearly four years and agents were finally able to obtain a search warrant," said

Sheriff, Guidroz. "Our commitment remains to ridding our streets of drug dealers that put our lives at risk."