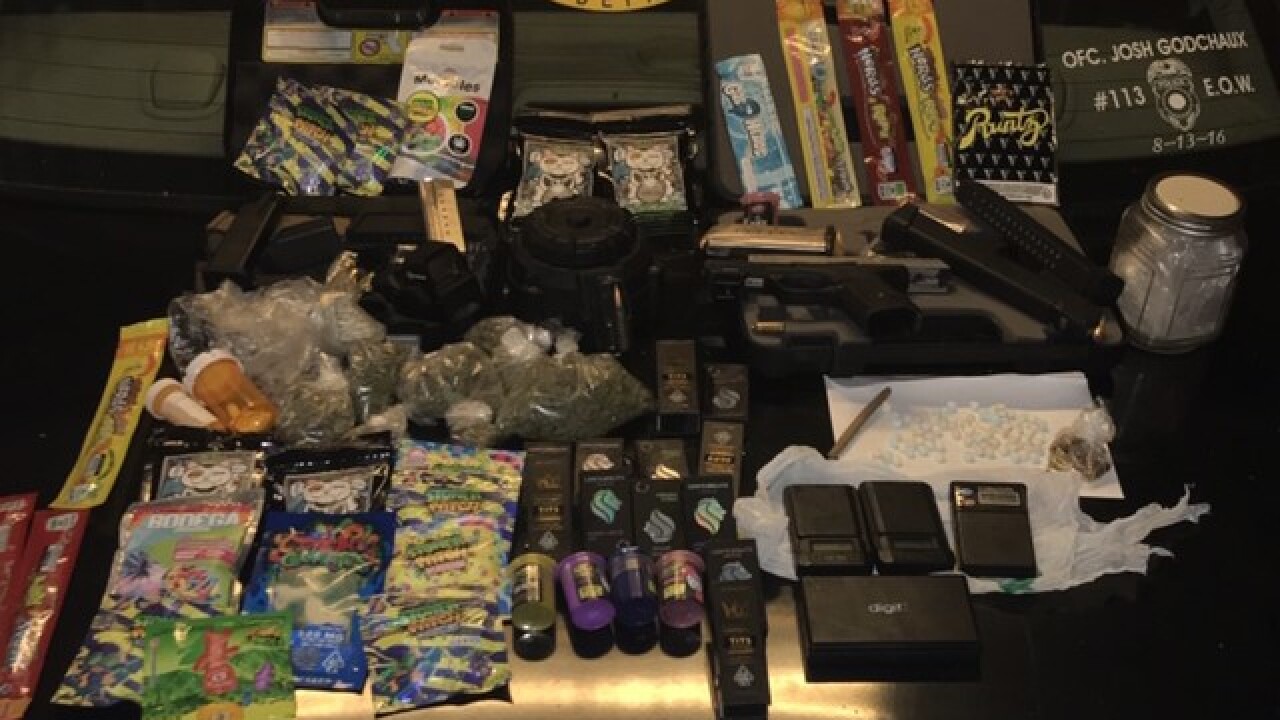 UPDATE (8/14): A firearm recovered from the home in Port Barre has been confirmed stolen.

The Smith and Wesson 9mm was stolen during a vehicle burglary a few weeks ago, according to police chief Deon Boudreaux. That burglary occurred on Hwy 103, outside of Port Barre city limits, and the St. Landry Parish Sheriff's Office was handling the case.

Port Barre Police recovered the firearm and both Freeman and Andrus have been charged with possession of a stolen firearm.

A Port Barre couple was arrested on Thursday morning after an investigation by police into a complaint of illegal drug sales.

Port Barre Police Chief Deon Boudreaux says that officers executed a search warrant at a home on Carrier Street after receiving complaints of the alleged sales and excessive traffic at the home.

Boudreaux says police searched the home and recovered a cache of THC candies, THC vapes, over 80 Ecstasy pills, 117 grams of Marijuana, a 9mm pistol, several gun cases containing loaded multiple 30 round 9mm magazines and a 100 round drum for an AR-15 rifle.

22-year-old Tatiana Freeman and 23-year-old Robert Andrus were arrested and booked on the following charges:

Police say Andrus was also booked on a charge of Possession of a firearm by a convicted felon.