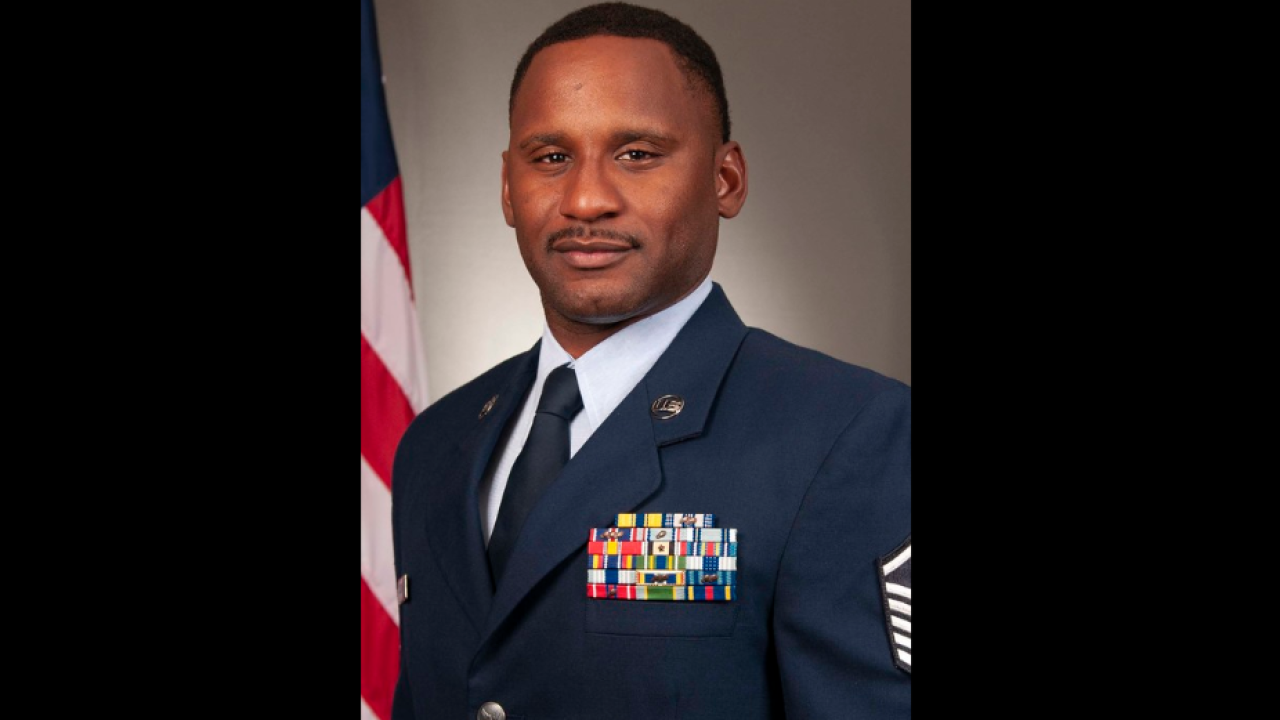 An Air Force reservist recently saved a child while driving home from his civilian job in Opelousas.

BARKSDALE AIR FORCE BASE, La. -- Master Sgt. Carlos Jackson was tired. The Reserve Citizen Airman had just finished a shift on his civilian job earlier this month as a firefighter in South Louisiana when two friends called him to go work out.

“Honestly, I didn’t want to, but I decided it would be the best thing to do,” he explained.

That decision would have consequences well beyond keeping a promise to a few buddies.

A few miles into his trip to the gym, Jackson was traveling down a busy, two-lane road when he spied a young child out of the corner of his eye. The toddler, wearing only pajamas, was walking from a nearby neighborhood toward the road.

“It disturbed me because there was no adult in sight,” said Jackson.

Jackson slowed down to keep an eye on the child in his rearview mirror. His concern turned to alarm as he watched the child quickly make it to the roadside drainage ditch.

If the toddler made it across the ditch, he would be in the road before drivers would have time to react. It was obvious to Jackson that other drivers were oblivious to the danger. None of them had slowed down.

“I turned around and started driving on the right shoulder of the road against oncoming traffic, because that was the most direct route to the child,” he explained.

The toddler had made it out of the ditch and Jackson hopped out of his vehicle, trying to approach the child while waving off an oncoming truck.

“I know the driver could only see me, because he was blowing his horn and not really slowing down,” said Jackson.

The sound frightened the child and he darted into the road, just yards away from the oncoming truck. Jackson rushed toward the child, swooping him up and running to safety.

“I was just moving on instinct and training,” explained Jackson. “There was no time to think, just time to react.”

Jackson held the wide-eyed, muddy child in his arms and tried to calm him. Ever the first sergeant, he began to speak calmly, smiling and asking the toddler where he lived.

Jackson realized then, that he had a new challenge on his hands.

“I’m pretty sure he was a special needs child, because he was trying to talk but couldn’t,” said Jackson. “He could only point to the houses in the neighborhood.”

The duo began to go door-to-door in the neighborhood, trying to find out where the toddler lived. No one seemed to recognize the child.

“I was hoping to find the child’s house on my own, but I finally had to call the police for help,” he said.

Even after they arrived, Jackson stayed with the child, carrying him door-to-door as the police conducted their investigation.

“I have seven children, so I’m always in dad mode,” he said of his unwillingness to leave the scene.

The police finally located the child’s home and Jackson was able to leave the scene.

Jackson kept his promise to his friends, arriving at the gym nearly an hour late. They were waiting outside, having already completed their workout.

“I told them what happened and they understood,” he said, smiling at the recollection.

Jackson had missed his workout, but saved the life of a child.