One arrested in gun buy; Sheriff offers details on the law 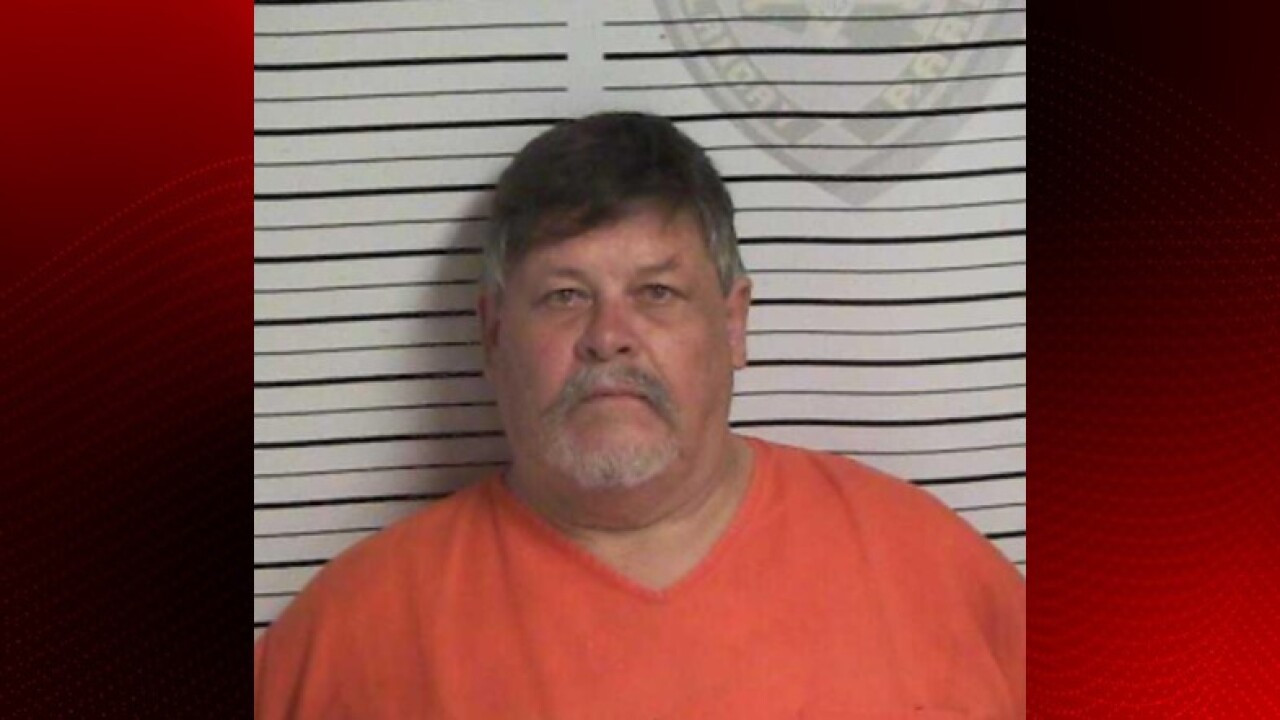 A Eunice man has been arrested by St. Landry Parish Sheriff's deputies after he allegedly lied in an attempt to purchase a gun and ammo.

St. Landry Parish Sheriff Bobby Guidroz has issued some information about the laws that cover purchase of firearms and ammunition.

Arrested was John Dale Pastorick, 70. He was booked with fraudulent firearm and ammunition purchase.

He's accused of lying on a form he had to fill out when he tried to buy a .45 caliber revolver and some ammunition at a St. Landry Parish business, the sheriff says.

When Pastorick’s past criminal history was reviewed, , it was determined that he was charged with attempted second degree murder in May 2017. This case is scheduled to go to trial in November 2020.

But on the Firearms Transactions Record, which asked “Are you under indictment or information in any court for a felony or any other crime for which the judge could imprison you for more than one year?” Pastorick allegedly answered "No."

“Federal firearm deals and private sellers have a mandatory obligation by law to report denials to the sheriff of the parish. This law was created to prevent a person from illegally obtaining a firearm when they are not allowed to acquire one,” Guidroz says.

According to the sheriff, federal firearm dealers and private sellers have a MANDATORY obligation by law to report denials to the sheriff of the parish where the denial was made and to the Louisiana Automated Victim Notification System. The law went into effect in 2018 but recently the office has been inundated with denials. The law was created to stop a person from illegally obtaining a firearm by those who by law are not allowed to acquire one.

Once the denial is made, the “seller” of a firearm must contact their sheriff’s office where a detective will open an investigation on why they were denied. It could be criminal charges, the purchaser lying on the application on arrests, or domestic abuse and protection orders that result in a denial. The “seller” MUST also report the denial to the states victim notification network who will inform a victim of the attempted purchase if the violator is on bond.

If the “seller” is caught not reporting the denial, they are then reported to federal authorities. We are urging dealers of firearms to post a sign stating that “any attempt to purchase a firearm fraudulently will be reported to law enforcement and you could be charged with a felony” if they do not have one posted already, the sheriff says.

Below is the law that is in effect and the contact information for the victims notification network. We have included the ATF denial form to request a review and challenge the denial. It is virtually impossible for a private seller of a firearm to know if a person is ineligible to purchase a firearm. The only advice we could offer is to know the person or contact a local FFL dealer to help with the purchase.

According to state law L.A.R.S. 14:95.1, a person convicted of a felony and after completion of the “sentence, probation, etc” is illegible to purchase a firearm after 10 years has passed. The federal guidelines however do not follow the states rule. If a person is convicted of a felony, they cannot purchase a firearm even after 10 years without going through the denial process and expungement/pardon. Most denials are the misunderstanding between state and federal laws.

A. It is unlawful for any person:

(1) To knowingly solicit, persuade, encourage, or entice a licensed dealer or private seller of firearms or ammunition to sell a firearm or ammunition under circumstances which the person knows would violate the laws of this state or of the United States.

(2) To provide to a licensed dealer or private seller of firearms or ammunition what the person knows to be materially false information with intent to deceive the dealer or seller about the legality of a sale of a firearm or ammunition.

(3) To willfully procure another person to engage in conduct prohibited by this Section.

B. For purposes of this Section:

(1) "Ammunition" means any cartridge, shell, or projectile designed for use in a firearm.

(2) "Licensed dealer" means a person who is licensed pursuant to 18 U.S.C. 923 to engage in the business of dealing in firearms or ammunition.

(4) "Private seller" means a person who sells or offers for sale any firearm or ammunition.

D. Whoever violates the provisions of Subsection A of this Section shall be fined not less than one thousand dollars or more than five thousand dollars, or imprisoned, with or without hard labor, for not more than twenty years, or both. The sentence imposed shall be served without benefit of parole, probation, or suspension of sentence.

E.(1) If a person is reported ineligible to purchase firearms by the National Instant Criminal Background Check System (NICS), the licensed dealer shall report the NICS denial to the sheriff of the parish in which the attempted purchase occurred and to the Louisiana Automated Victim Notification System.

Licensed dealers should do the following: 1. Report to sheriff’s offices/departments as directed by law. 2. Report ineligible purchase to the LAVNS/LA VINE program Coordinator Send to: Marshall Menou – Marshall.Menou@lcle.la.gov