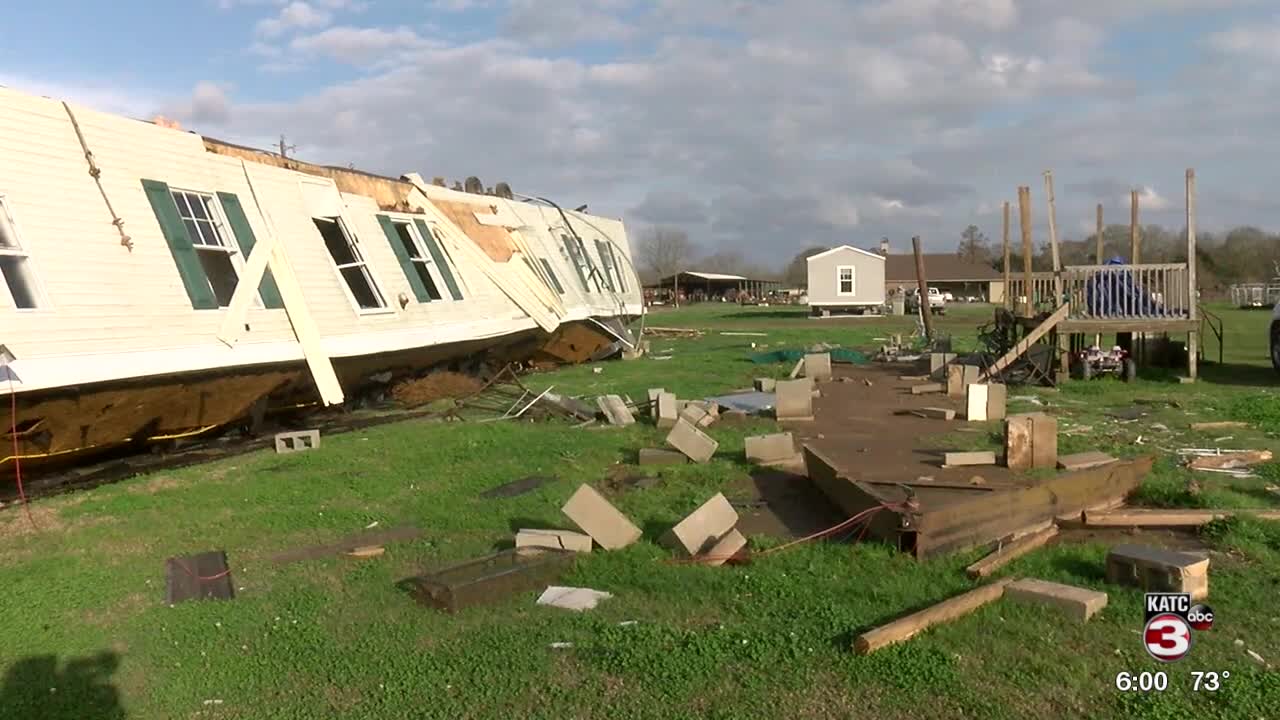 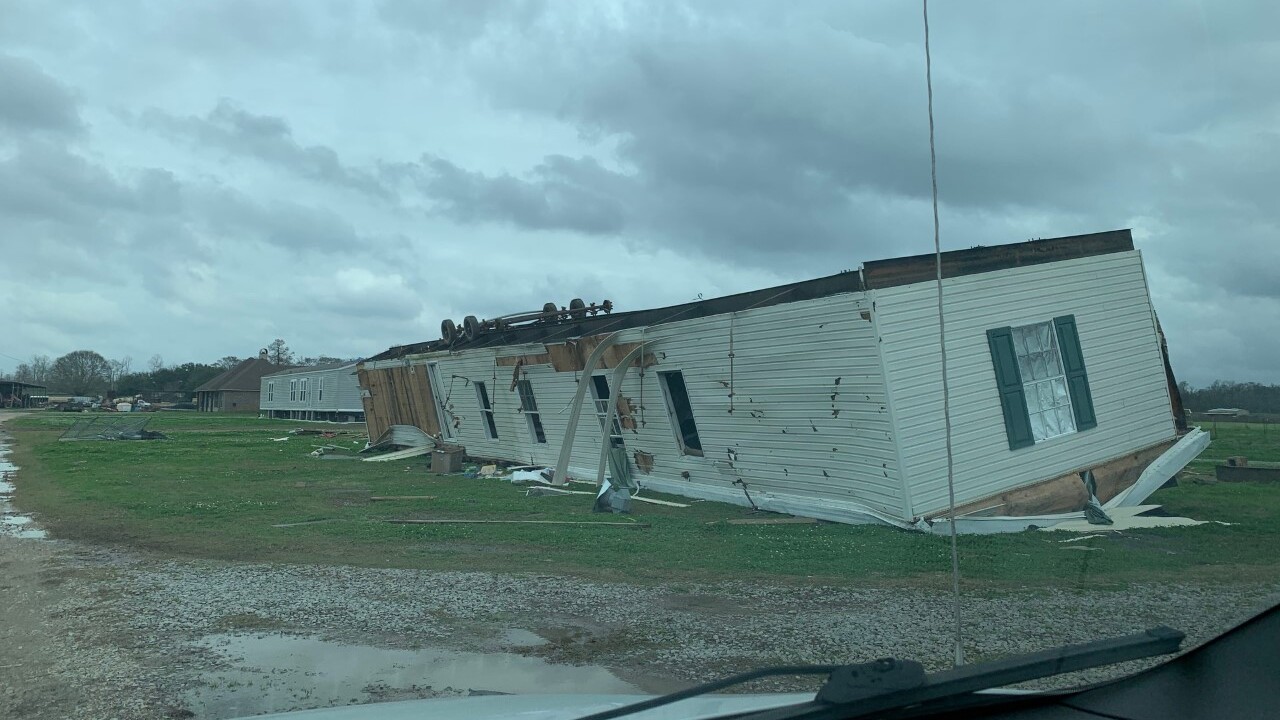 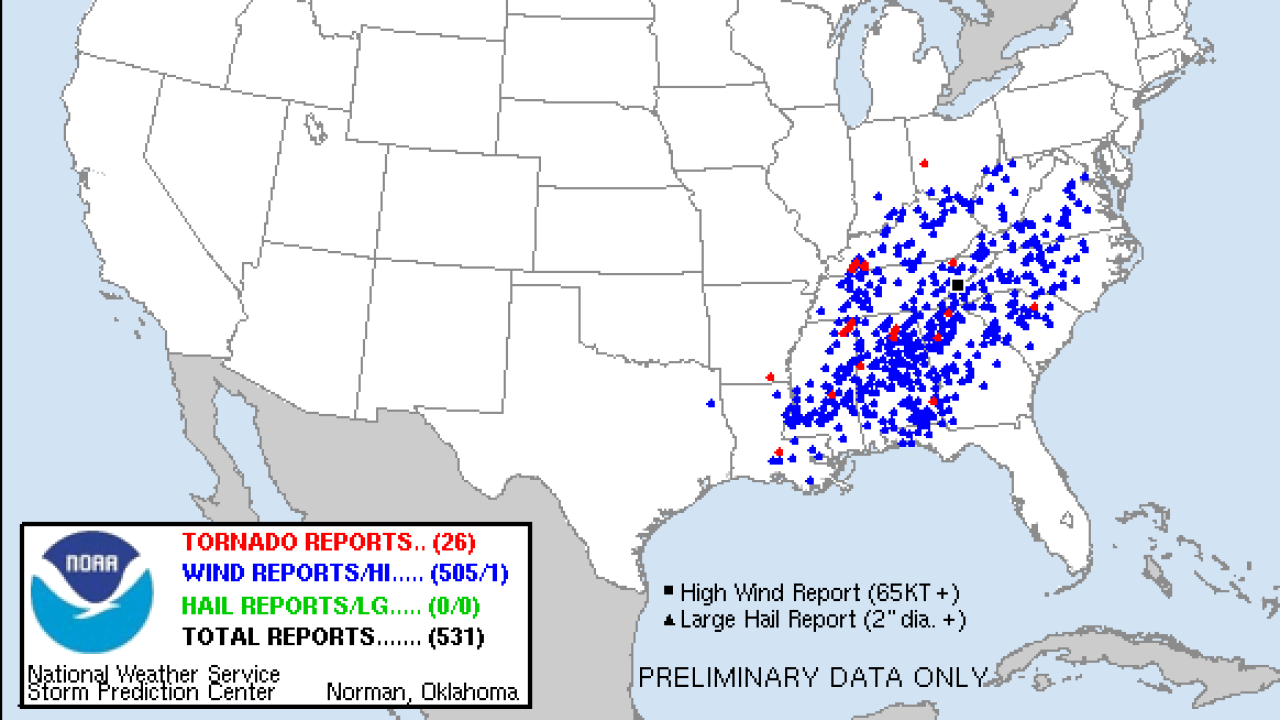 ST. LANDRY PARISH — The National Weather Service has reported a tornado touched down on Saturday near Krotz Springs.

The NWS says that an EF-2 tornado touched down north of Krotz Springs. There, the service reports that winds flipped and destroyed one mobile home and tipped another onto its roof. That home was also destroyed.

No other reports of damage associated with this tornado was given but a few minor injuries were reported.

A neighbor tells us that the family was inside the home at the time. They were woken up by their puppy.

The kids and mother were in the living room when the wind hit, first shattering the windows, then, before they knew it, they were flipped upside down.

Both kids and the mom made it out safely right after, with only a few bruises.

The father was later pulled out with three broken ribs.

Neighbor Carolyn Ellis said, ""They lost everything but their lives. But they still got God to thank for their lives, you know? All the other stuff can be replaced."

EF-2 tornadoes have a wind speeds of 111 to 135 miles per hour, according to the NOAA. A tornado warning was not issued for the area, however a severe thunderstorm warning was issued as storms moved through. Tornado watches were in affect for all of Acadiana for most of the morning.

There were numerous reports of storm damage from high winds on Saturday morning as a line of strong storms moved through the Acadiana area.

Damage can be viewed here.

Three people in Louisiana died on Saturday, with a total of 11 deaths reported throughout the south. Read more here