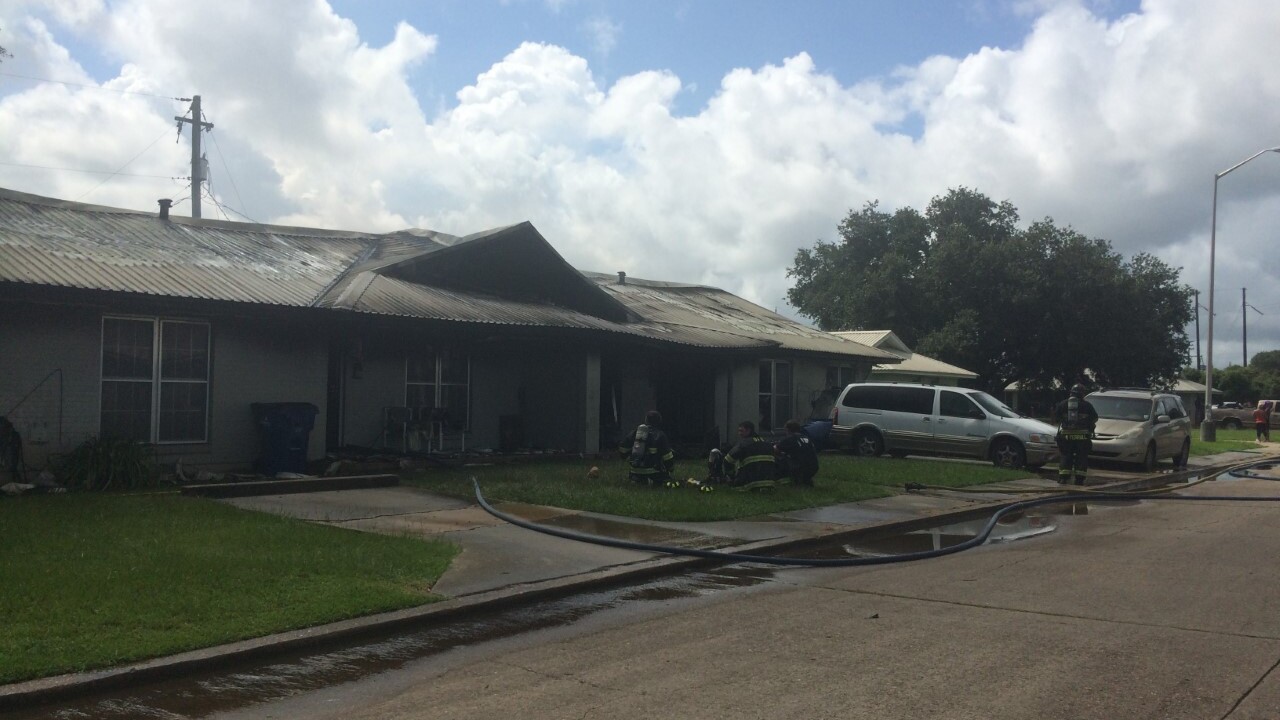 Firefighters say they have now extinguished a fire in Opelousas that has now left 8 people without homes.

The fire broke out Wednesday at around 9:15 a.m. at the home located on Lemoine Street. Officials say that both duplexes at the location were fully engulfed in flames when firefighters arrived. Everyone was able to get out of the buildings and the fire has been extinguished.

The family tells us the believe the cause of the fire was from an electrical issue.

8 people were in the building when the fire broke out. Neighbors says they helped those inside the building to get out safety.

As soon as the fire started, neighbors rushed in to help the families. "I just want to thank them so much,"Charlene Brooks who lived in the duplex said.

"We could've been gone. Thank them so much. Everybody got out safe and that's the only thing that matters now." Brooks says losing her home is tough. However, her neighbors kindness is helping her cope with the loss.

Many of them ran towards the fire, to make sure the family made it out safely.

"We heard sirens and and all we seen were people running. We ran outside and we participated in helping grabbing and getting the water hose,and get the family out," Markeitha Hopkins & Iesha Thomas, who live nearby, said.

They added, "At first I was scared but then my instinct kicked in like we have to help these people out. They need our help. We just started grabbing the hose with the rest of them."

Brooks along with several of her family members were in the home during the fire and safely escaped.

Both duplexes are a total loss, according to Opelousas Fire officials.

If you'd like to make a donation towards the family you can call Charlene Brooks at 337-945-0860 for more information. A Gofundme has been set up for the families. Those wishing to donate can do so here.