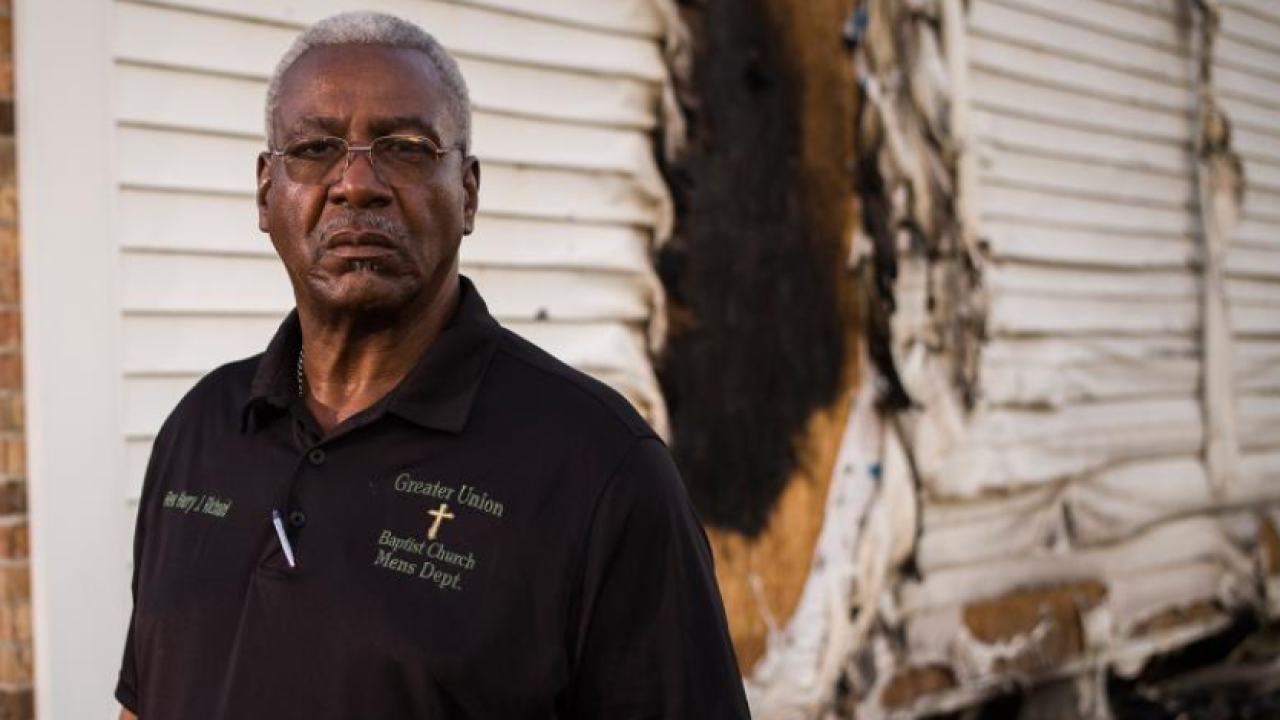 Funeral arrangements have been set for the pastor of Greater Union Missionary Baptist Church.

The Rev. Harry Richard passed away peacefully at home on Saturday, officials with the Seventh District Missionary Baptist Association tell us. His death was unexpected, they say. The Greater Union Missionary Baptist Church of Opelousas was one of the buildings burned last year by an arsonist.

Last year, we spoke with Rev. Richard during a unity service for the churches. To see that story, click here .

After that service, Rev. Richard talked to us about the man accused of setting the fires, and the man's family.

“We love them and we care about them,” he said. “We pray God’s best blessing on their lives.”

Richard added, “We’re not about hate. We’re all about love in this Louisiana state. We love God’s people. The body of Christ is alive and well.”