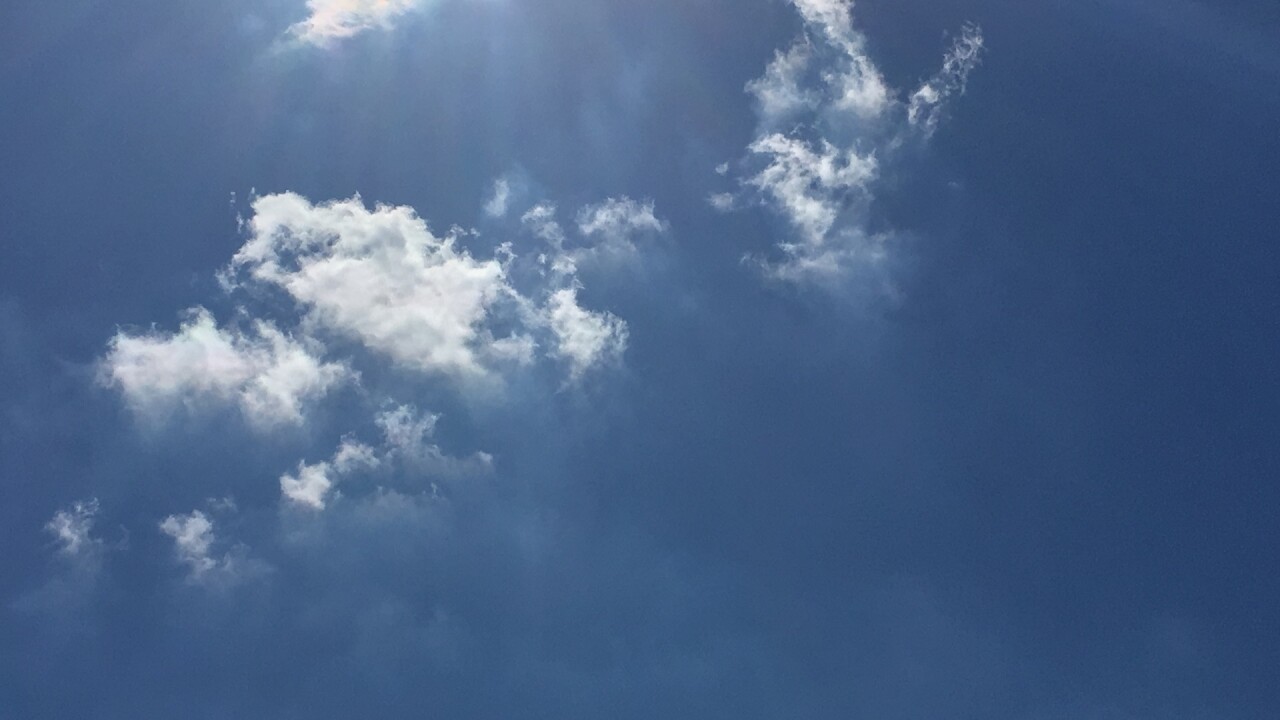 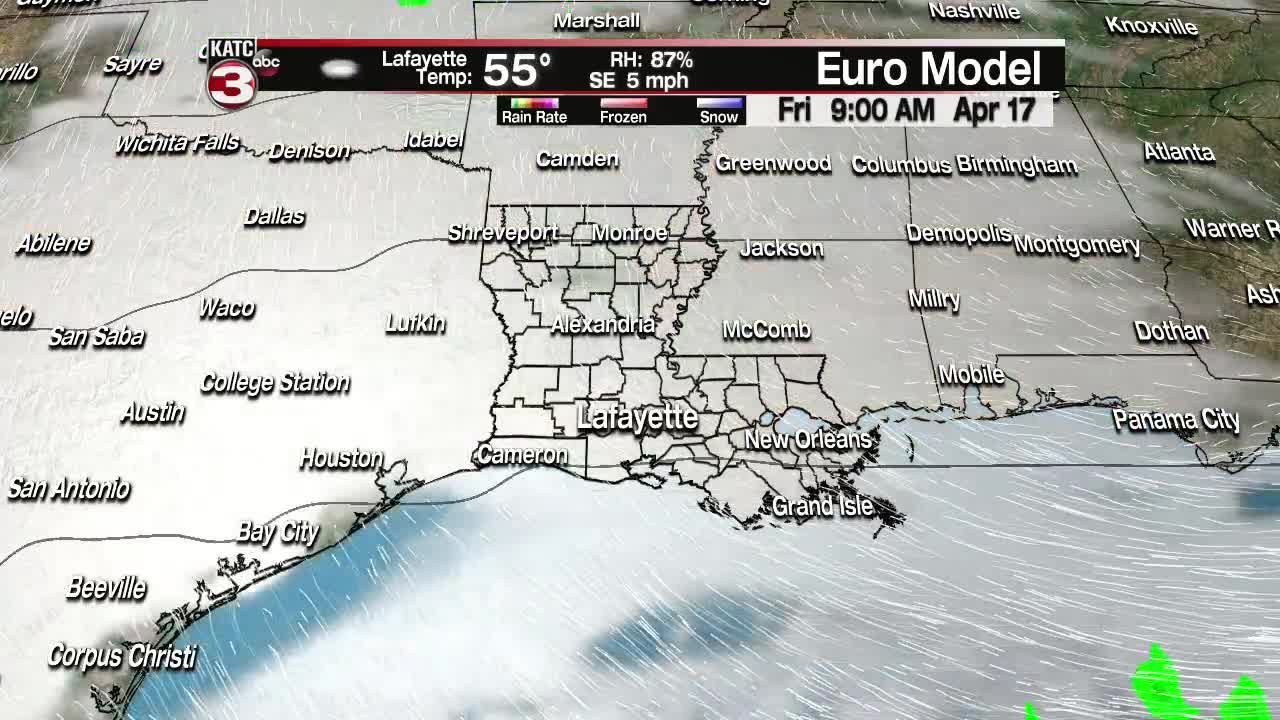 We've really been spoiled here in Acadiana this week with a mid spring cool down, and crystal clear skies making it a real treat of a forecast.

While it won't come crashing down we will slowly start to shift back into a more typical pattern for late April in south Louisiana.

Thursday will be a little more of the same, with temperatures initially sitting in the mid 40s through the morning, the afternoon eventually will see a return of mid 70 afternoon highs.

The first subtle changes will start to creep into the forecast, and the first indication that things are starting to change will be a slight shift in the wind going from northerly to easterly by the end of the day.

A few showers will be possible on Friday but wet weather will stay pretty isolated, instead the showers will hold off until the weekend with both widely scattered showers expected Saturday and Sunday.

There's a little model inconsistency with the showers on Saturday but the major models have remained in good agreement over Sunday for several days now which helps build little confidence.

It wouldn't be out of the question to see a little bit of thunderstorm activity but storms should remain below severe criteria, even flooding won't be a major concern as we'll see between a half inch to an inch and a half through the weekend.