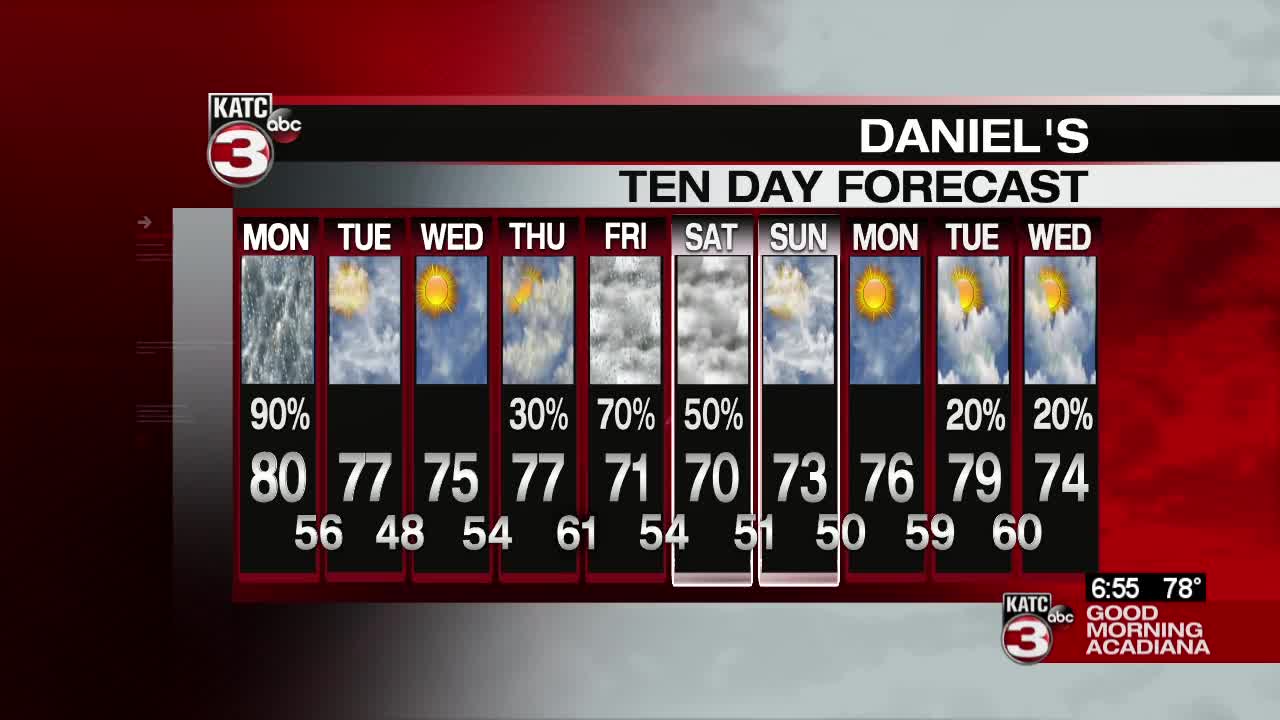 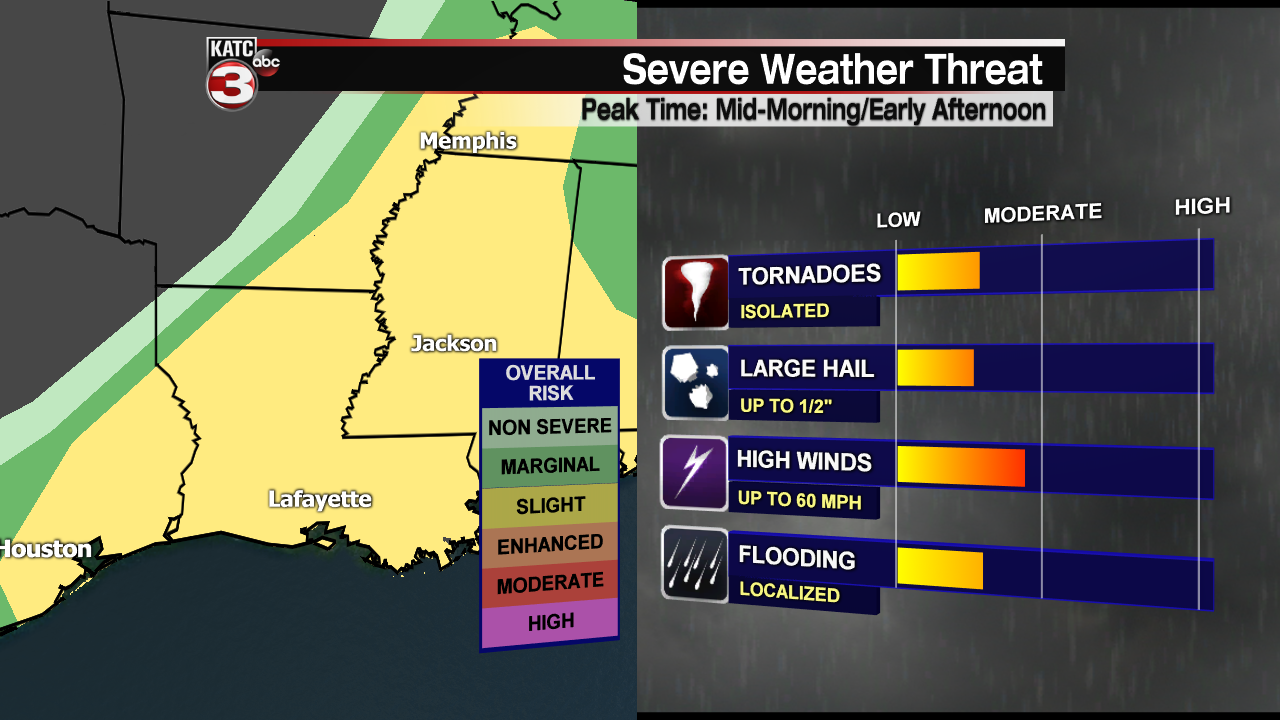 The start of the work week is shaping up to be a busy one with a strong front pushing across the area and sparking a round of intense showers and possible severe thunderstorms.

Storms should start to push into western parts of Acadiana by mid morning on Monday and will continue to cause problematic weather through the middle of the day.

Isolated, spin-up tornadoes will be possible along the frontal boundary, but high winds will be the biggest issue with gusts possible up to 60 mph along some of the front's stronger storms.

There will be heavy downpours likely, but since the front is moving through at a pretty good pace it should limit the risk for widespread flooding.

Localized flooding will be possible though especially along the low lying roadways or the area that have trouble draining, the water will quickly recede once the showers come to and end.

The worst of the weather should be moving out by lunch time, so both the drive to work and the drive from work should be relatively problem free, but maybe make plans to stay in the office for lunch.

Rain totals will hover around the 0.5"-1" range for the majority of Acadiana, however, closer to the coast that may push up closer to the 2-3" range with some heavier showers expected along the coast.

While the number's aren't too high a lot of the rain will arrive all at once which will put some strain on the low lying roads so be mindful of that as you drive to and from your destinations Monday.

Once the front pushes through the winds will gradually shift from the north ushering in some much cooler air, so despite a warm start Monday expect lows to dip into the mid 50s.

Clouds will take a little time clearing out through the evening and overnight, but the sunshine should eventually return on Tuesday.