UN: The world has more refugees than ever 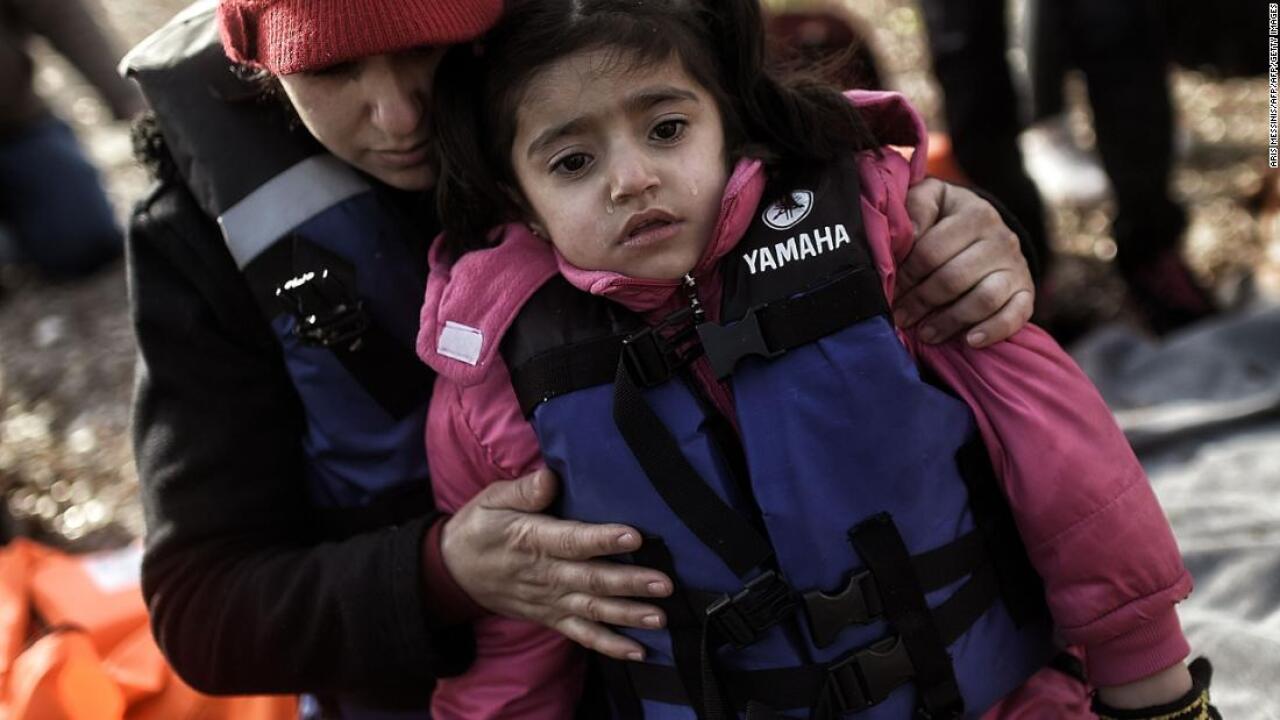 More than 70 million people have been forced to flee their homes due to violence or persecution, the United Nations has said, as the global migrant crisis pushed the number of refugees and displaced people to a new all-time high.

The world's displaced population is now almost double that from a decade ago, and includes an estimated 13.6 million people who fled their homes in 2018, according to the UN Refugee Agency's annual Global Trends Report .

It is a rise of 2.3 million on last year's figure , and includes 25.9 million refugees -- also the highest number ever recorded.

Overall, an average of 37,000 people are forced from their homes every day, the report said, and one in every 108 people on the planet is now displaced.

The body's findings paint a bleak but predictable picture of the rate of displacement around the world, as conflicts in several corners of the earth continued to tear people from their homes.

The Syrian war remained a major driver, while Venezuela joined the ranks of the worst-affected countries after tens of thousands fled the humanitarian and economic crisis roiling the nation.

More than two-thirds of refugees came from just five nations: Syria, Afghanistan, South Sudan, Myanmar and Somalia. A further 41.3 million people worldwide were displaced within their own countries, and 3.5 million were recorded as asylum seekers.

"What we are seeing in these figures is further confirmation of a longer-term rising trend in the number of people needing safety from war, conflict and persecution," UN High Commissioner for Refugees Filippo Grandi said in a statement accompanying the report.

But Grandi also praised efforts to tackle the crisis, which he called "one of the great challenges of our times."

"While language around refugees and migrants is often divisive, we are also witnessing an outpouring of generosity and solidarity, especially by communities who are themselves hosting large numbers of refugees," he said.

Another 5.5 million Palestinian refugees were recorded, though these fall under the mandate of the UN's Relief and Works Agency.

In total, around half of the refugee population in 2018 were children.

For the fifth straight year, Turkey hosted more refugees than any other country; its take of 3.7 million dwarfed that of Pakistan (1.4 million), Uganda (1.2 million), Sudan and Germany (both 1.1 million).

The United States received more asylum claims than any other nation, with 254,300, despite repeated attempts from the Trump administration to curtail the flow of migrants into the country.

The report's figures highlight the dramatic escalation in displacement which started in 2012.

A decade ago, one in 160 people around the world were displaced, and last year the number stood at one in 110, but the rate now dropped to 108.

But the UNHCR warned that its numbers were conservative and said it was still grappling to count those fleeing from Venezuela.

The recent crisis in that country threatens to cause another acceleration in refugee rates. More than one million Venezuelans have crossed into neighboring Colombia, the report said, with others heading to Peru, Chile or Brazil.

"With every refugee situation, wherever it is, however long it has been going on for, there has to be an enduring emphasis on solutions and removing obstacles to people being able to return home," said Grandi.

"This is complex work in which UNHCR is constantly engaged but which also requires all countries to come together for a common good. It is one of the great challenges of our times."