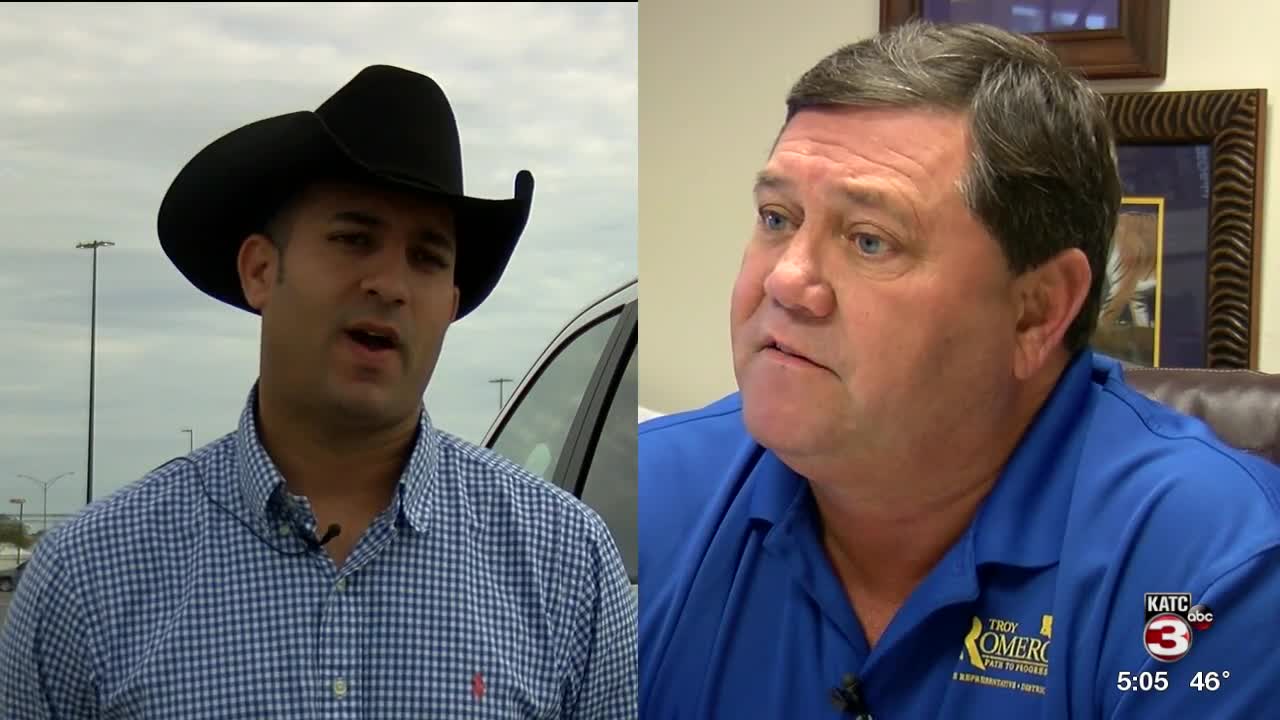 Voters in Jeff Davis Parish and the eastern part of Calcasieu Parish will elect a new District 37 State Representative in a runoff election next Saturday.

It's down to Troy Romero and Shalon Latour and each think they're the man for the job.

Small business owner Shalon Latour says he's running for state representative because he wants to see an authentic representative of his community in Baton Rouge.

"I'm so tired of seeing the same group or same kind of people go to Baton Rouge and things are not getting done. We have too many bought politicians and we need people who are going to go over there and actually stand up for the people and that's what I'm running for. I'm running to be the voice for everyone, not just a select few," said Latour.

Troy Romero is also a conservative small business owner who believes his time spent traveling the state has given him the experience to serve the people of District 37.

"I've been in business here at this business since 2008 doing the same thing and I've been traveling all over the state building sports and athletic fields. I've seen what it looks like in southwest Louisiana as well as the north and the far east. There's a lot of work to be done all across the state."

Romero adds that this experience has given him knowledge of how policy impacts the people.

"I understand what taxes are doing to small and big businesses, as well as individuals and it's important that we get those taxes lowered so we can become a more business minded state," explained Romero.

Meanwhile, Latour hopes voters will see that he is an individual looking out for other individuals, not any one particular group.

"I have not been a token on the special interest groups. I couldn't agree with everything they wanted me to agree with, so I couldn't get the big endorsements. That's whats going to set us apart," Latour said.