Only a few more days of above normal temperatures 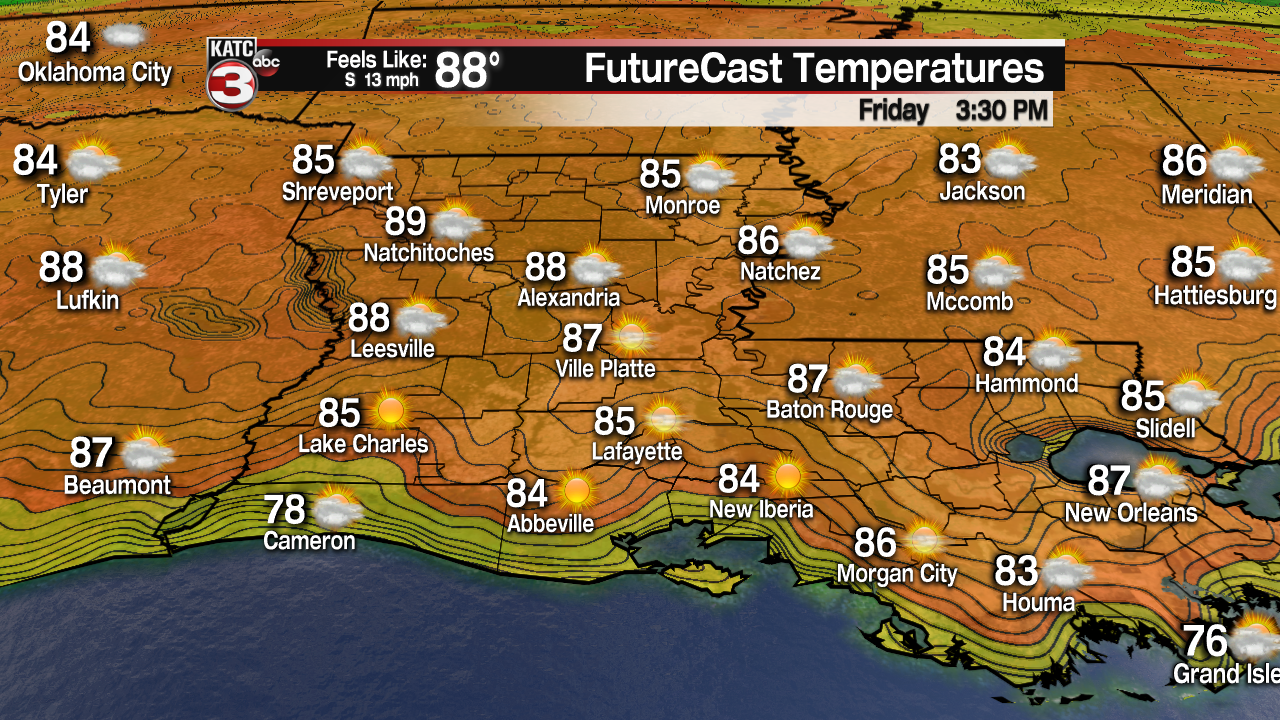 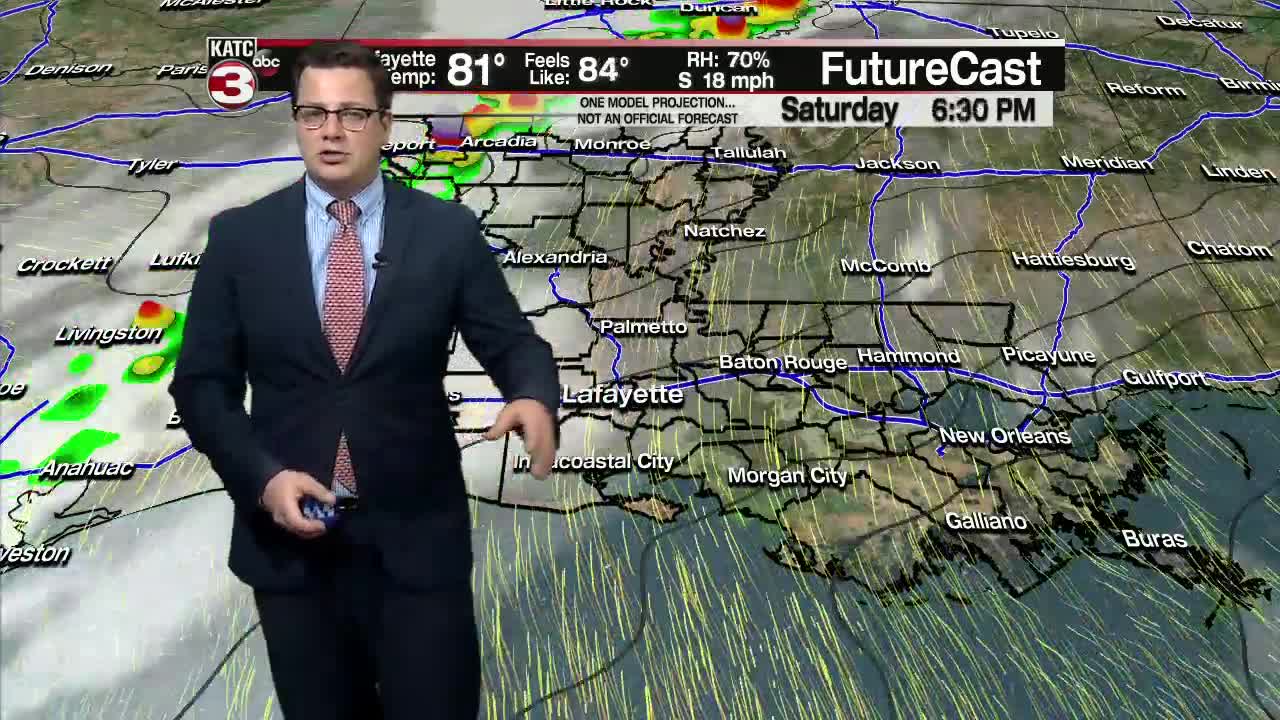 It's been a solid ten degrees above average these last couple of days, and as we look ahead to the weekend it looks like we've got another couple of warm afternoons.

Highs both Friday and Saturday will see temperatures soar back into the mid and upper 80s, and lows will struggle to get much lower then the upper 60s.

Temperatures will largely be accompanied by an abundance of sunshine, which will be out in full force after a round of Friday morning clouds.

The pattern of a cloudy morning quickly followed by mostly sunny skies will continue again on Saturday, highs once again will be in the upper 80s.

Saturday is when the whole pattern will flip, however, with a front arriving late Saturday night and early Sunday morning.

Scattered showers will make there way along the front late Saturday night, with a few lasting to just before dawn on Sunday.

Temperatures will drop and highs on Sunday will stick around in the 70s and it'll feel fairly cool outside Sunday morning with temperatures expected in the upper 50s.

A stretch of cooler days will follow with a secondary system moving in on Monday night and keeping wide spread showers and storms in the forecast for Tuesday.

Once that system passes temperatures will return to their March norms, which is much cooler than it has been this week.