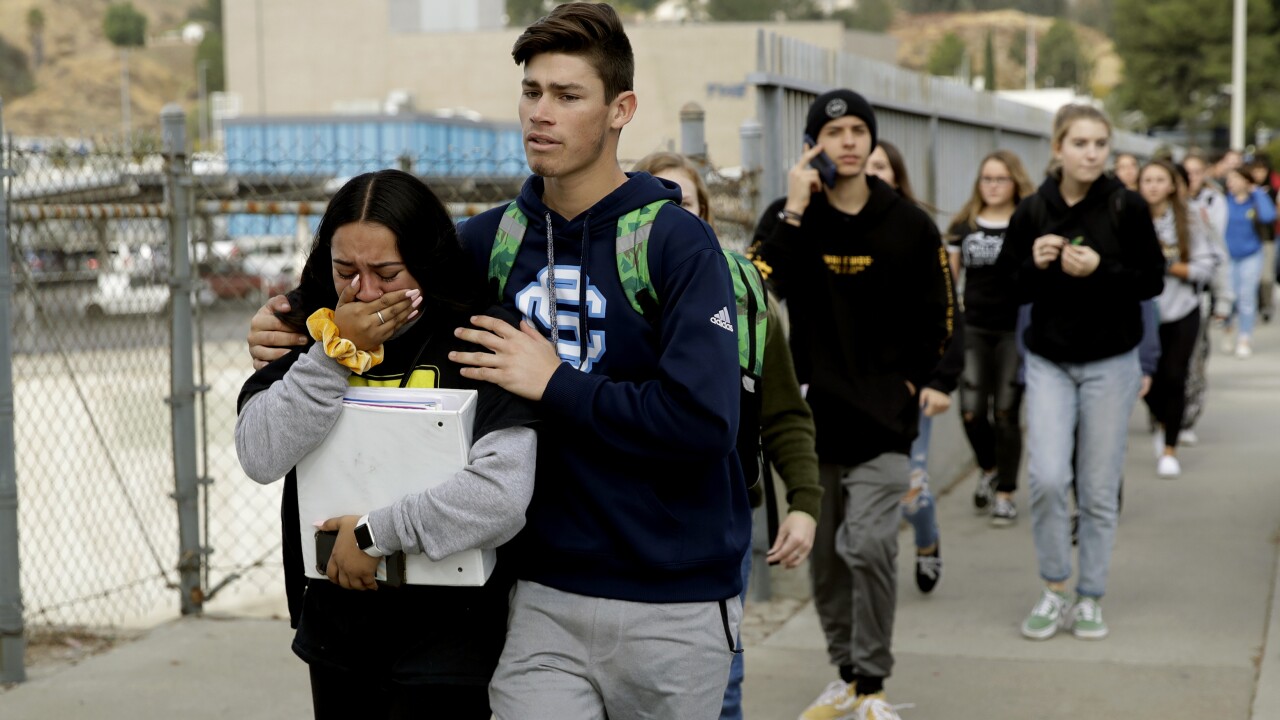 Doctors say two of the victims wounded in a Southern California high school shooting are doing well after treatment and should be released in a day or two.

One of the girls was shot below the belly button and the other girl was shot in the abdomen.

"Once we we're done with the initial treatment, initial evaluation and both patients were felt to be stable, both were sitting up with their families and the room that were conversating with each other," said Dr. Boris Borazjani, a trauma and critical care specialist.

Investigators worked to figure out why a boy known as a "regular kid" opened fire outside a Southern California high school on his 16th birthday, killing two students and wounding more before turning the gun on himself.

Investigators so far offered no motive for Thursday's shooting at Saugus High School in the Los Angeles suburb of Santa Clarita.

The teenager was described as a quiet and smart kid who was a Boy Scout and had previously run track for his school.

Gunfire began around 7:30 a.m. and authorities estimated that the suspect took just 16 seconds to pull out the weapon, shoot five classmates and then himself.

"We have a spiritual care team involved," Borazjani said. "We also have a clinical psychologist in the hospital who's going to be involved in the care of both patients with the permission of their families. Both families have asked very thoughtful questions about the right time to inform their daughters on what happened and what the outcome and the aftermath of the victims and the accident."