Town prints its own money to help residents, businesses during pandemic

To help residents and businesses in need during these tough economic times, the town of Tenino, Washington is bringing back a program from the Depression Era: printing its own wooden money. 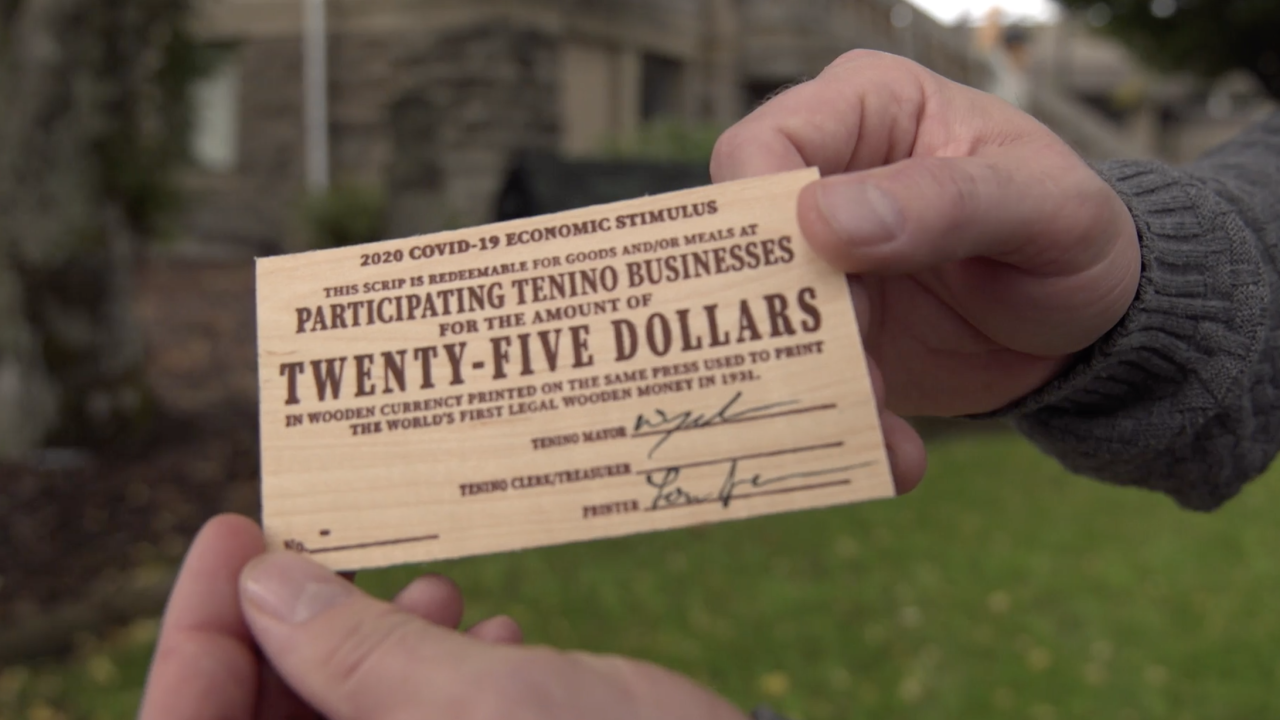 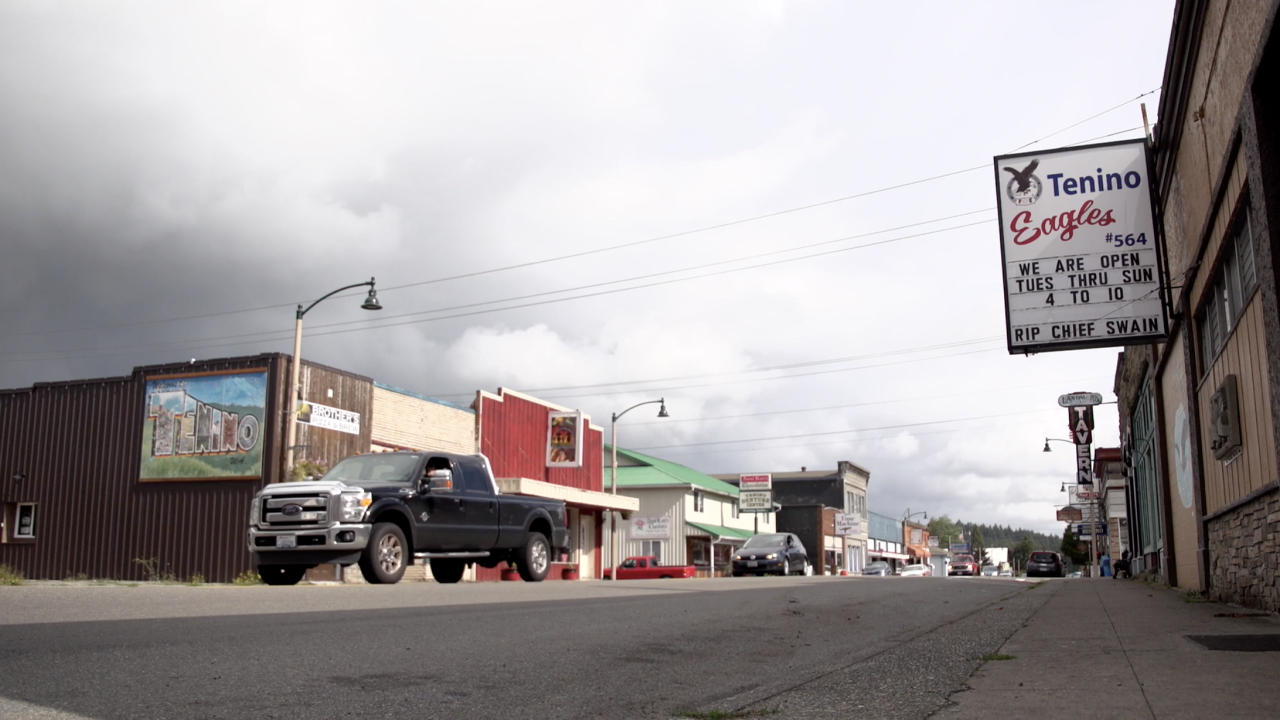 TENINO, Wash. – George Washington’s face may be on U.S. currency, but never on money quite like this.

It’s a town of about 2,000 people, halfway between Seattle and Portland. Using a printing press from the 19th century, Tenino is now printing its own form of currency, made of thin pieces of wood.

It’s called “complimentary currency” or “scrip.” Here’s how it works: using $10,000 from the general fund, the city is backing the $25 wooden notes, 400 of them in all, and giving them to town residents in need.

“We issue it out to people that have been affected by the pandemic and qualify financially,” Mayor Fournier said. “They can receive up to $300 a month.”

“I thought it was a really good idea,” said Juan Martinez, of Don Juan’s Mexican Kitchen in Tenino.

The restaurant has been around for eight years, but the pandemic affected its bottom line and that of people in town, too. So far, though, the wooden money is getting around.

It’s a currency circulation that the mayor wants to keep going.

“The whole idea is just to keep money bouncing around the community,” he said.

The town has done this before, back in the 1930s, during the Great Depression.

“It was a big hit and it saved the city at the time,” Mayor Fournier said.

It’s an old lifeline they hope will keep working again in a new era.

City leaders say they have been fielding calls from as far away as Spain, New Zealand and Japan from people interested in their wooden money. They say, so far, the U.S. Treasury Department has not contacted them about their wooden money program.