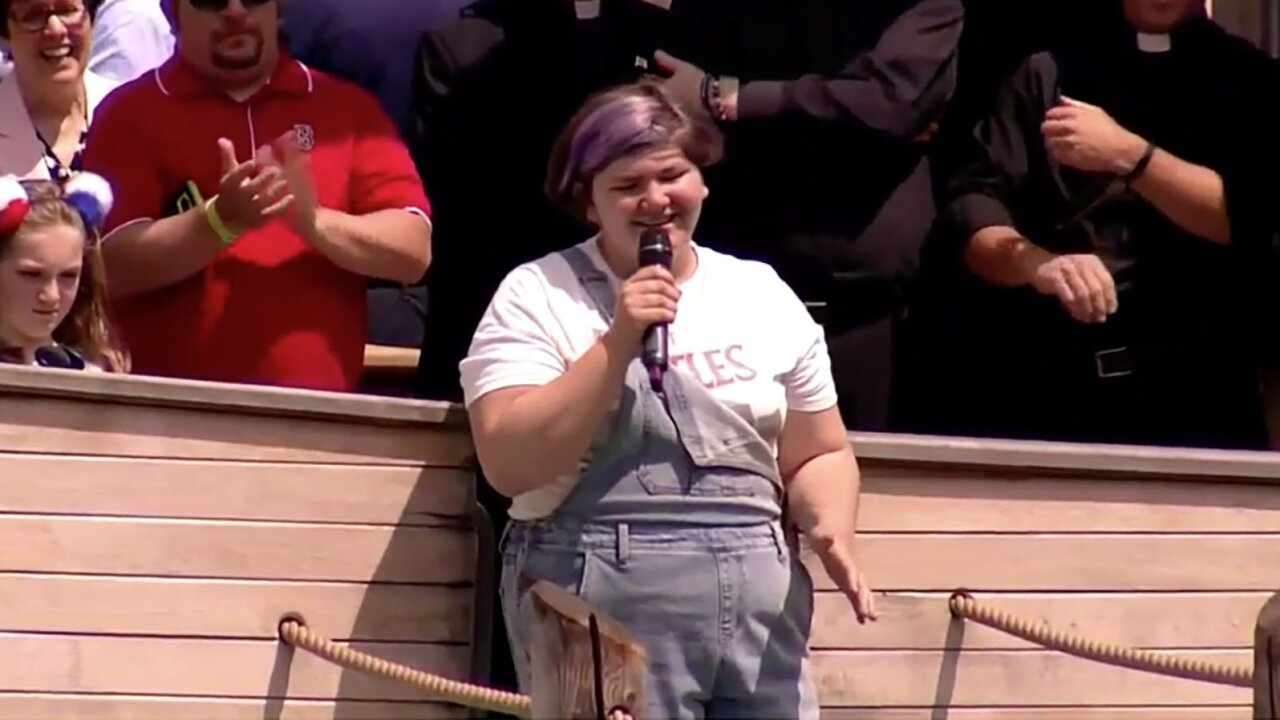 On Saturday, she delivered a heartbreaking tribute in his honor, singing "A Million Dreams" from "The Greatest Showman" in video captured by CNN affiliate WCVB .

The tribute was part of the grand opening ceremony for "Martin's Park," which opened Saturday in Boston in honor of the youngest victim of the terror attack.

"It is a magnificent tribute to Martin, the Richard family and all they stood for," Gov. Baker said.

Martin Richard was in the second grade and loved the Boston Red Sox and the Bruins. He was the middle of three children and was best known for a school project in which he made a poster with a peace sign and the words "No more hurting people."

Martin was one of three people killed when two bombs detonated near the finish line of the iconic road race. Another 264 people were injured in the explosions.