Guinness World Records
Nilanshi Patel had her hair cut 12 years after she stopped getting it cut
By: Sam Cohen
Posted at 7:21 PM, Apr 16, 2021

A woman who has not cut her hair in more than 12 years finally got a trim.

Nilanshi Patel, from western India, decided to stop getting her hair cut after a bad experience at the hairdressers when she was 6 years old.

After a while, she considered her long hair her “lucky charm” and kept letting it grow.

Patel then made the decision to cut her hair. 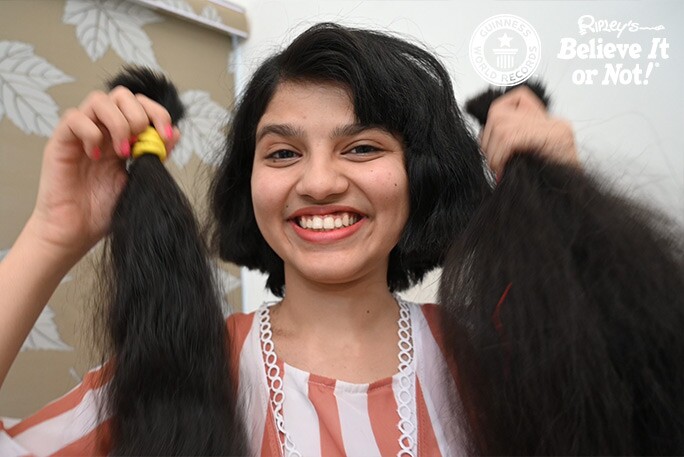 "I'm so excited and a little bit nervous because I don't know how I'm looking in the new hairstyle. So, let's see what happens, but I hope it's going to be amazing," Patel said just before her haircut according to Guinness World Records.

Her hair now comes down to about her chin. She was thrilled with the new look.

Patel decided to donate her hair to Ripley’s Believe It or Not and Guinness World Records, and it will be displayed at both of their Los Angeles museums.

Report a typo
Copyright 2023 Scripps Media, Inc. All rights reserved. This material may not be published, broadcast, rewritten, or redistributed.