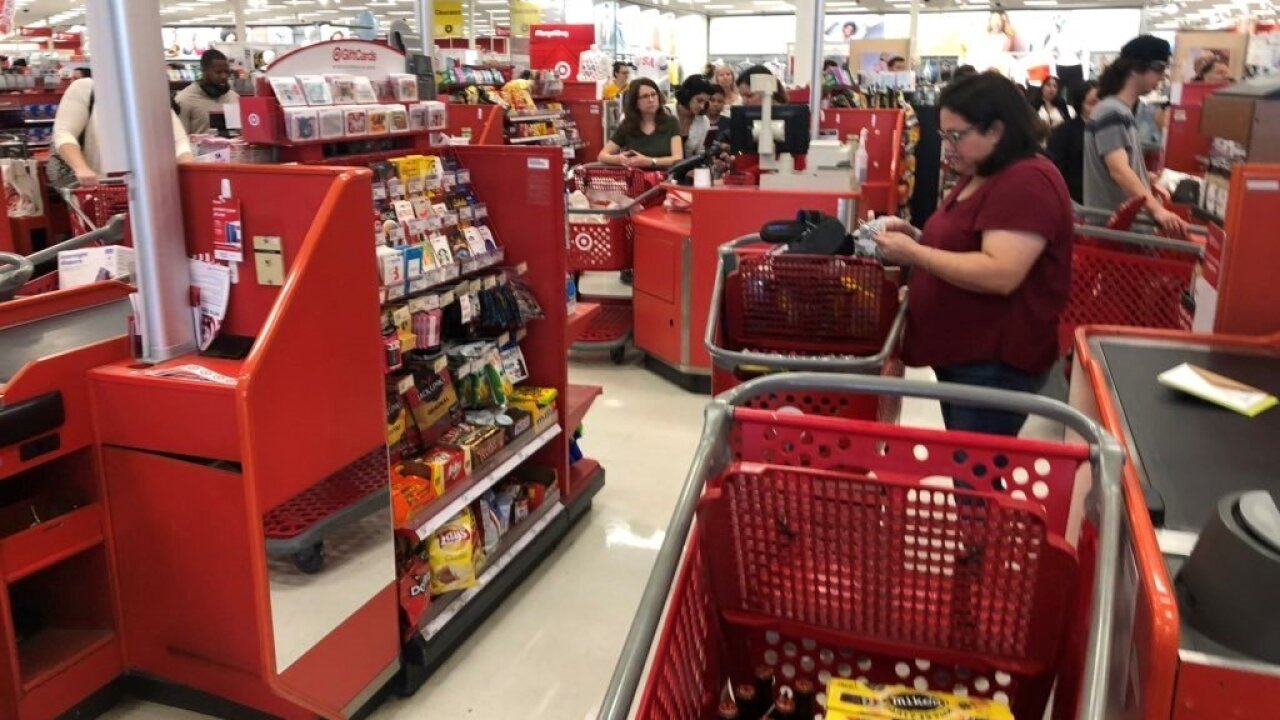 Target customers were forced to wait several hours on Saturday as a glitch caused registers from coast to coast to shut down.

Target said in a statement that an "internal technology issue" was to blame for the nationwide outage that lasted two hours.

"Target’s registers are fully back online and guests are able to purchase their merchandise again in all stores. The temporary outage earlier today was the result of an internal technology issue that lasted for approximately two hours," the company said. "Our technology team worked quickly to identify and fix the issue, and we apologize for the inconvenience and frustration this caused for our guests. After an initial but thorough review, we can confirm that this was not a data breach or security-related issue, and no guest information was compromised at any time. We appreciate all of our store team members who worked quickly to assist guests and thank everyone involved for their patience."

Target Corporate earlier tweeted its apologies for the inconvenience and said its "teams are troubleshooting now."

We’re aware that guests are currently unable to make purchases at Target stores. Our teams are troubleshooting now and we apologize for the inconvenience. We will provide an update as soon as possible.

Customers – ranging from Wisconsin to New York to Florida – took to Twitter to report the mass outage and long checkout lines. Some people on social media have reported that it is taking more than an hour to checkout and others have said they abandoned their shopping carts rather than wait.

This isn't the first time the retail giant has experienced cash register issues. Back in June 2014 , Target had a similar outage after computer issues affected their checkout system.

I was at Target. Seems to be no end in site for the register outage or the forming lines. I abandoned cart and left... can't waste my whole day there. #targetdown #targetoutage pic.twitter.com/IolXjTIjOz

Every Target register in the country is down! This is crazy. Been on line for 30 minutes!!#targetdown pic.twitter.com/MLPcP6QEng

Just left target after patiently waiting for an hour or so. Every single person working there is amazing & I honestly feel for them. I just had to take the L. If you’re still there, please be patient with these guys. They are doing their best! #targetdown pic.twitter.com/yBcEYL4Jsx

PSA: Targets across the country are shutting down because of a register error and people are standing in line for hours. Don’t go to target today! pic.twitter.com/92B3XSPrLt

Terrible video but had to share. Employees handing out chips. Starbucks handing out drinks. Customers offering their baskets to strangers trying to hold all of their items. Sometimes the most uncomfortable situations can actually bring out the best of human nature. #targetdown pic.twitter.com/iI3owraDoX

I moved from Manhattan to Brooklyn this morning faster than I can check out at @Target. #TargetDown pic.twitter.com/Eko97zgXBS

#targetdown I was able to get out in a little over an hour because my cashier would not give up. He had to scan every single item at least 10 times but it worked. They are still turning away people at the door. pic.twitter.com/jbEzBcIjmj

This story was originally published by Fatima Bangura on WXYZ .