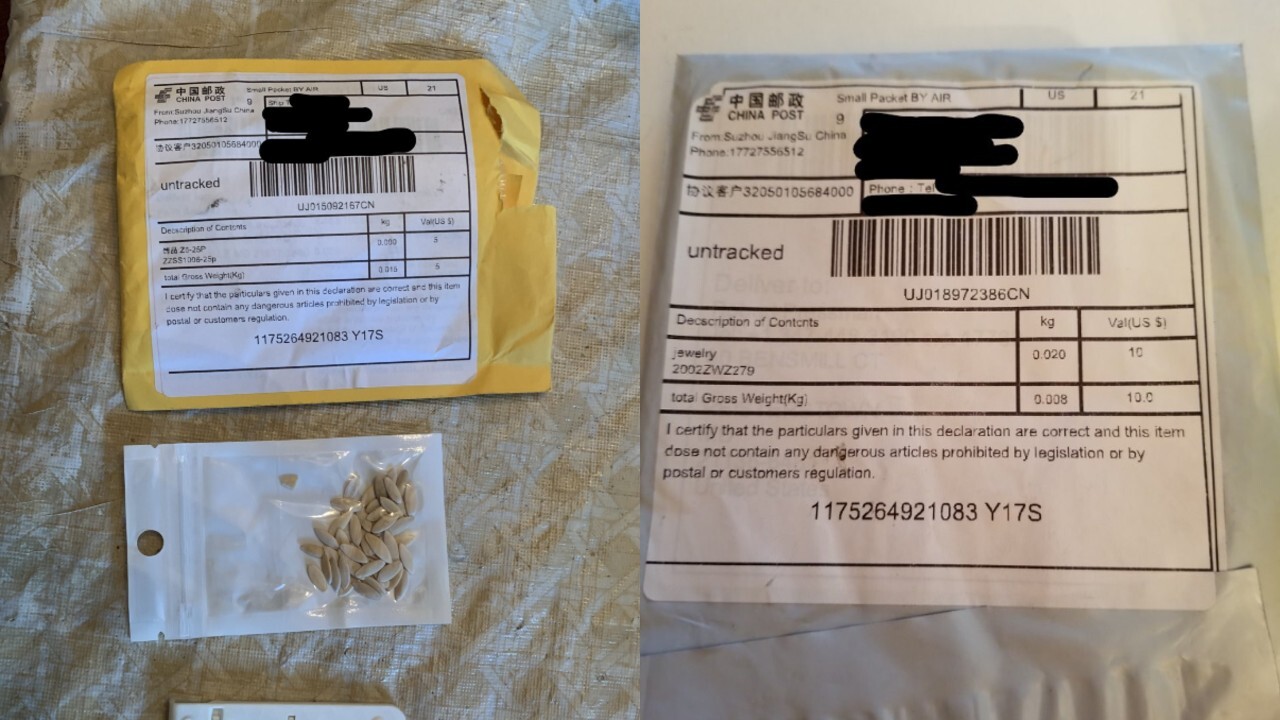 Maryland Department of Agriculture
Seeds sent to Americans from China

The U.S. Department of Agriculture (USDA) says it has identified some of the seeds that were mysteriously mailed to Americans from China.

Osama El-Lissy, with the Plant Protection program of USDA's Animal and Plant Health Inspection Service, says 14 different species of seeds have been identified.

Over the past few months, people across the country have received the seeds in unsolicited packages that appear to be coming from China.

Officials are concerned that some of the seeds received in the U.S. could be invasive plant species, but the seeds identified so far appear to be harmless.

Still, if you get unsolicited seeds in the mail, the USDA says you should not open the packets or plant the seeds. You’re asked to save the seeds and the package they came in, place everything in a mailing envelope, and contact your state plant regulatory official or APHIS State plant health director for instructions on where to send the package.

The USDA says it’s important to evaluate the seed packages because they could carry seed born viruses or other diseases, posing a significant risk for U.S. agriculture and natural resources.

“Imported vegetable or agricultural seed must meet labeling and phytosanitary requirements and be inspected by APHIS and CBP at the port of entry,” wrote the USDA in a release. “Some seeds, including citrus, corn, cotton, okra, tomato, and pepper seed, are restricted and may require an import permit, phytosanitary certificate, inspection at a USDA Plant Inspection Station, or testing to ensure any potential risks are mitigated.”

While the USDA is still investigating why the seeds are being sent, officials say they don’t have any evidence that it’s anything other than an internet “brushing scam,” where sellers send unsolicited items to unsuspecting consumers and the post false reviews to boost sales.