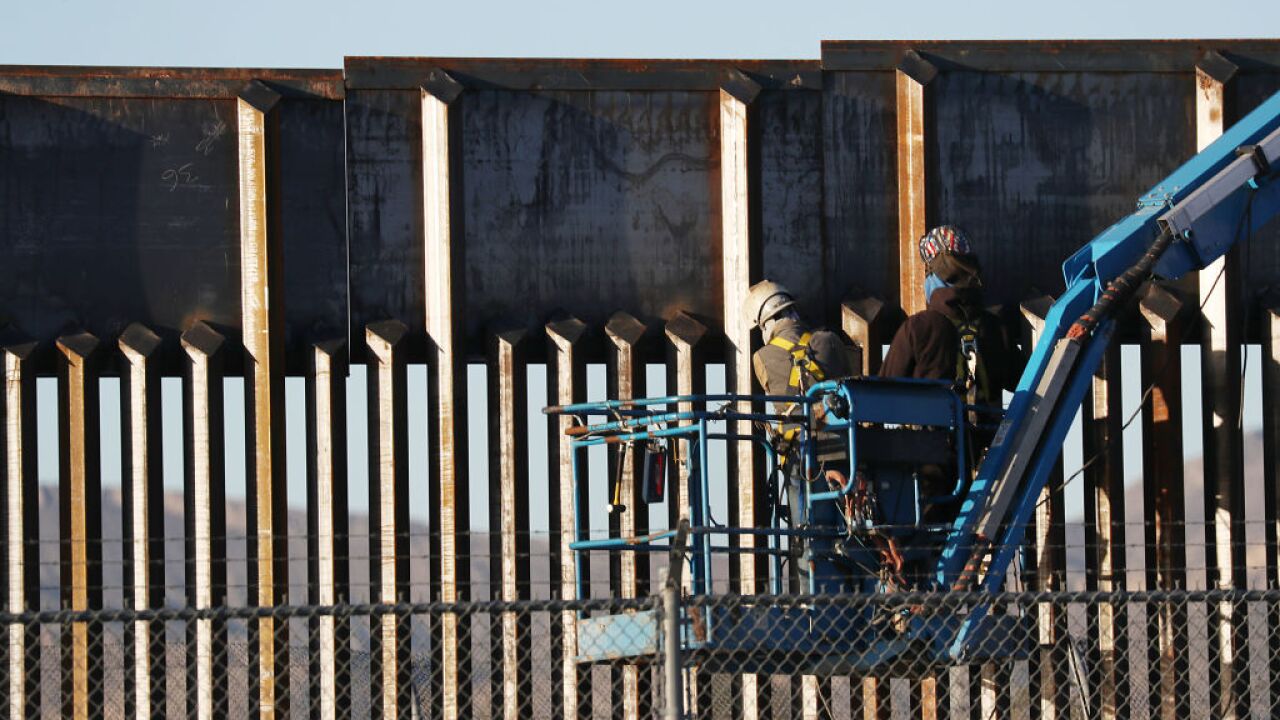 The Defense Department has decided not to proceed with three border wall projects in California and Arizona, citing "insufficient contract savings," according to a court filing.

The move appears to be a setback for President Donald Trump, who has sparked controversy for dipping into Pentagon funds to build his signature border wall, though it's unclear what will happen to the projects listed in the filing.

Last month, Secretary of Defense Mark Esper approved an additional 20 miles of 30-foot-high barriers for the southern border using $2.5 billion in funds redirected from a counter drug account, which is authorized to spend money on border barrier construction for the purpose of blocking "drug-smuggling corridors."

Although then-acting Defense Secretary Patrick Shanahan had earlier approved some 135 miles of fencing requested by the Department of Homeland Security in the Yuma, El Paso and Tucson sectors, the cost of constructing that section of the border wall was less than originally anticipated, freeing up funds to support the additional 20 miles approved by Esper.

The Pentagon notified the court of the additional miles at the time, noting the Army Corps wouldn't know the exact amount of savings to move forward with the projects until later in the fiscal year.

Monday's court filing, however, reveals that there were not enough funds to cover the costs of the projects.

"Based on its work in definitizing the contracts for the original Section 284 projects, [the Army Corps] has determined that there are insufficient contract savings to undertake the three additional Section 284 projects authorized by the Secretary of Defense on August 26, 2019," the filing reads. "Therefore, the Department of Defense has decided not to pursue Yuma Sector Projects 4 and 5, and Tucson Sector Project 4 at this time."

The President's decision to tap into Pentagon funds for his wall has been legally challenged by the Democratic-controlled House and advocacy groups.

In July, the Supreme Court cleared the way for the Trump administration to use $2.5 billion from the Defense Department to construct parts of a wall along the southwestern border that the government argues is necessary to protect national security.

The decision allows the Defense Department money to be spent now while a court battle plays out over whether the government had the authority to divert funds that were not appropriated for the wall.

The administration is using funds appropriated for the wall, as well as Defense Department funds, to fulfill the President's pledge to erect new barriers along the southern border. As of August 23, the administration has updated roughly 60 miles of wall on the US-Mexico border, according to Customs and Border Protection and the Army Corps. Construction activities to mount new wall in the Rio Grande Valley sector is underway, according to the agencies.