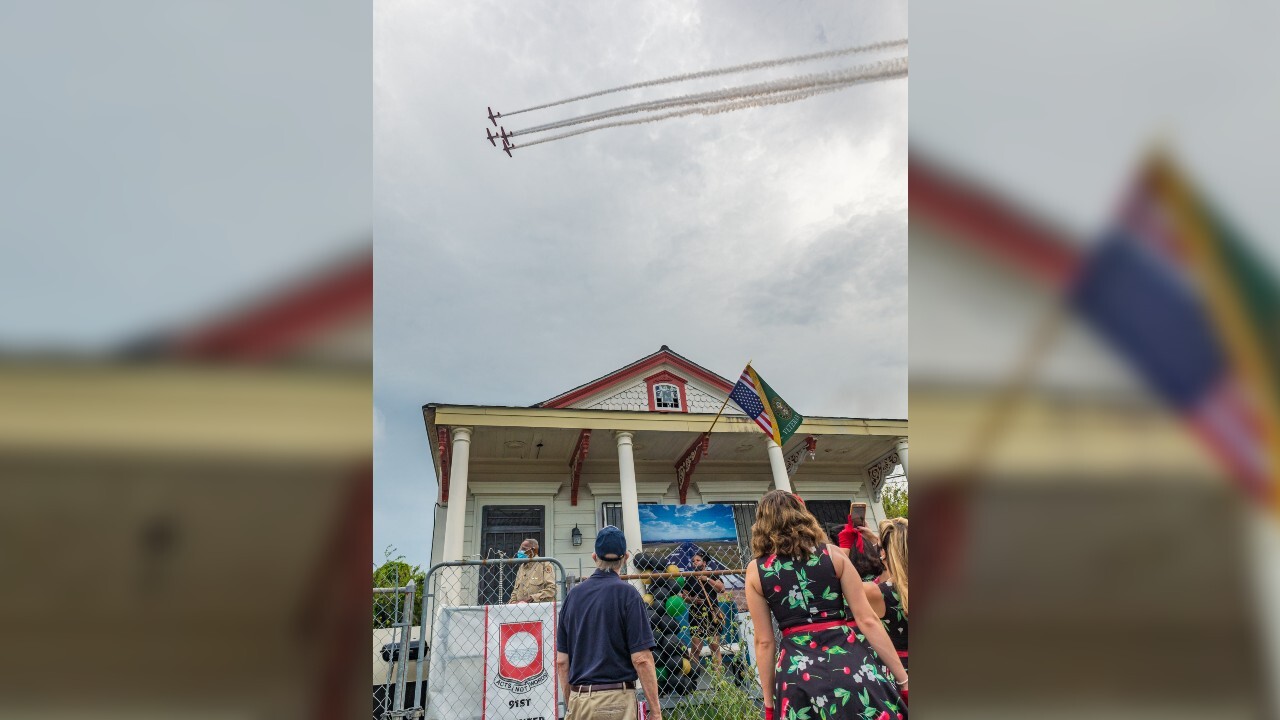 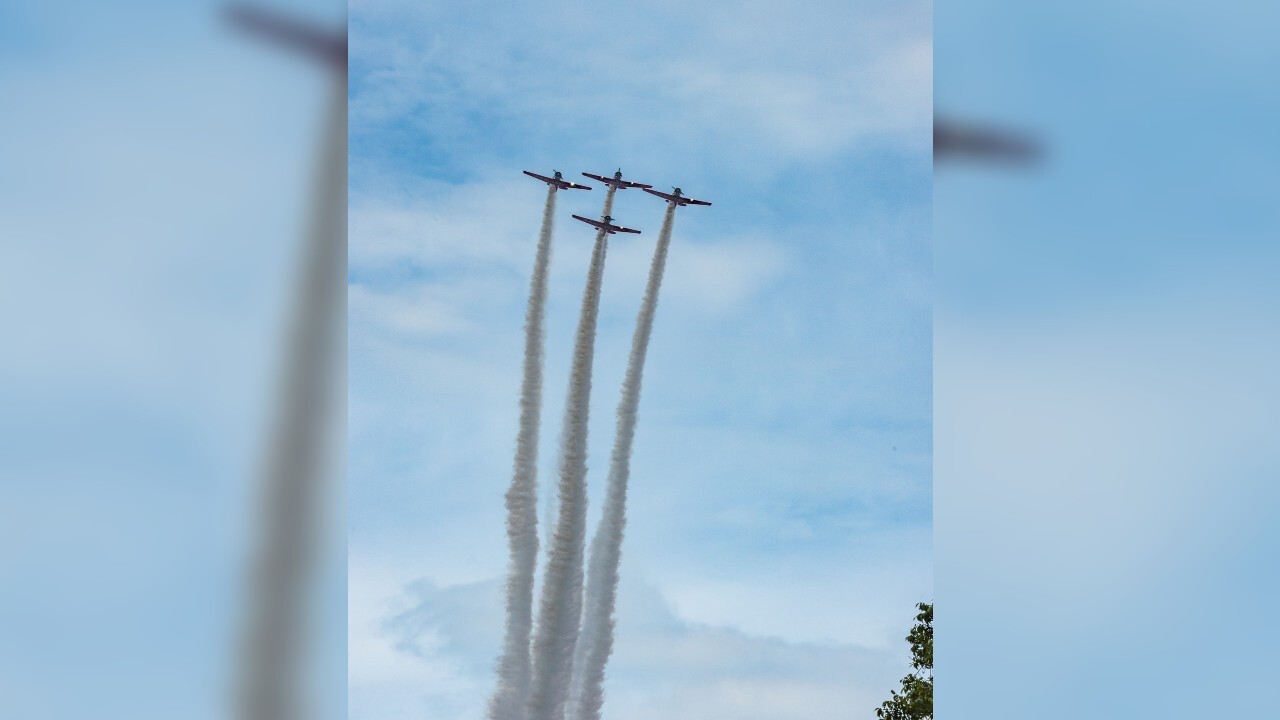 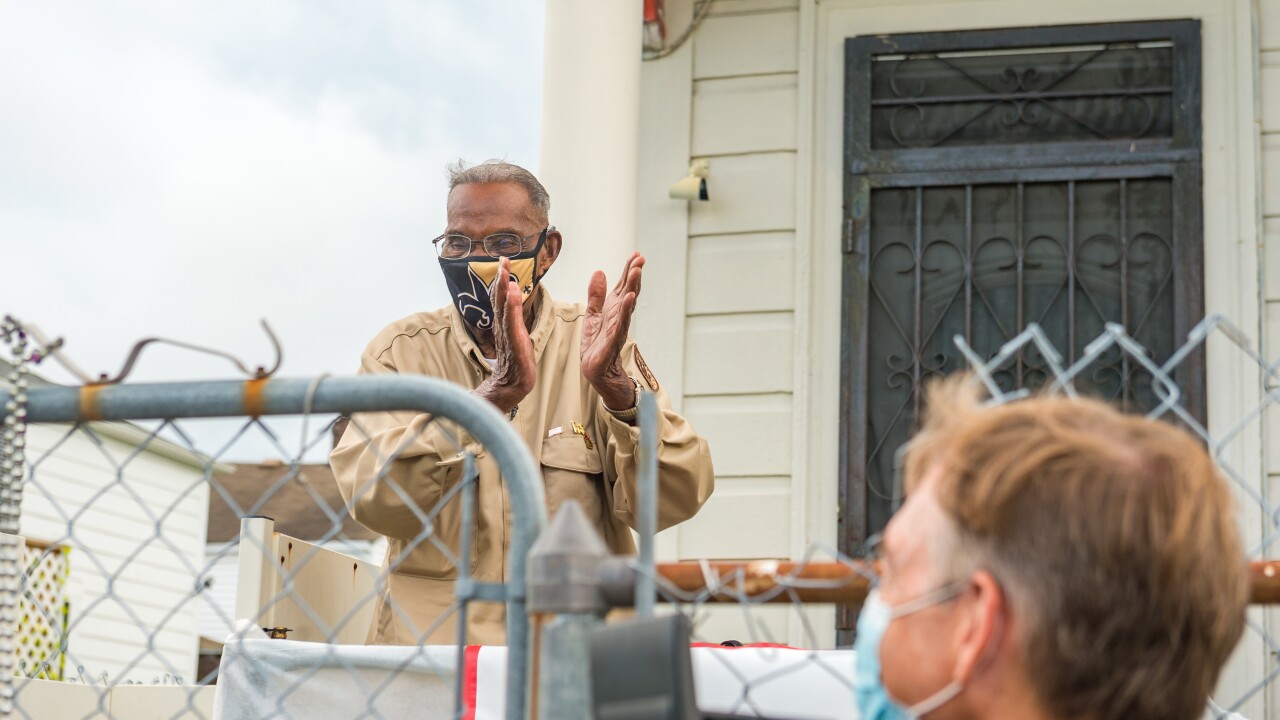 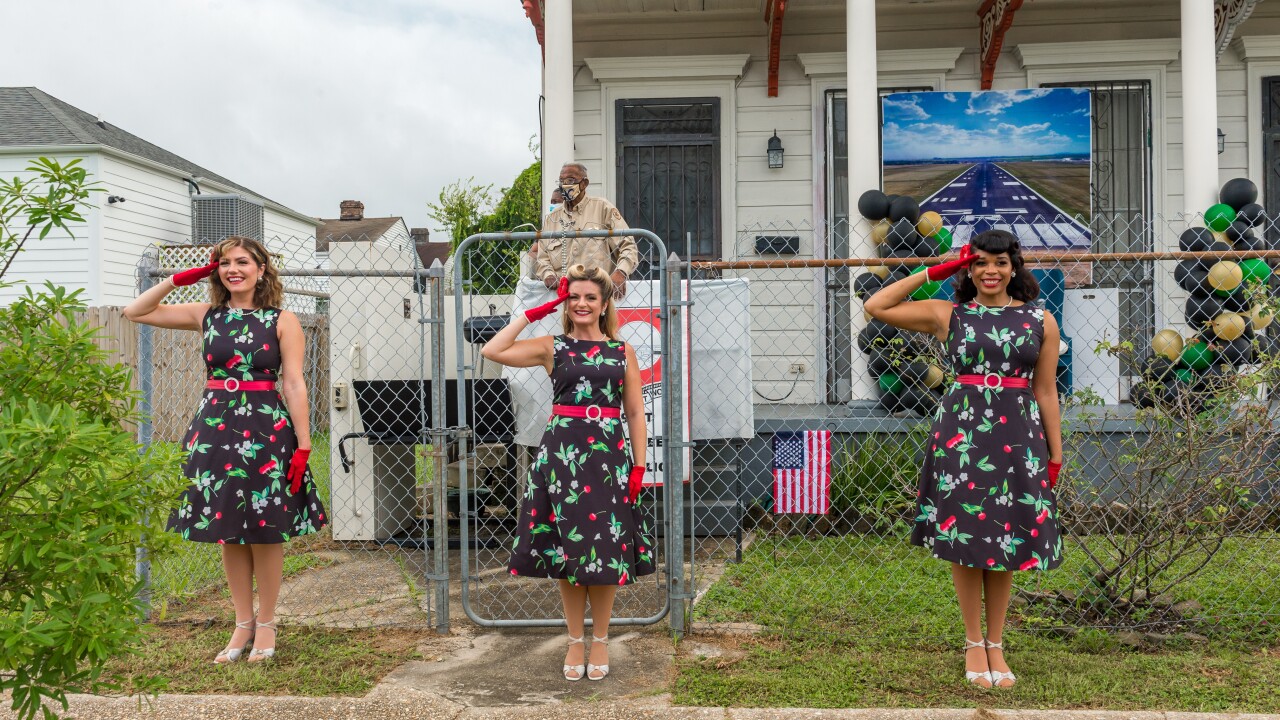 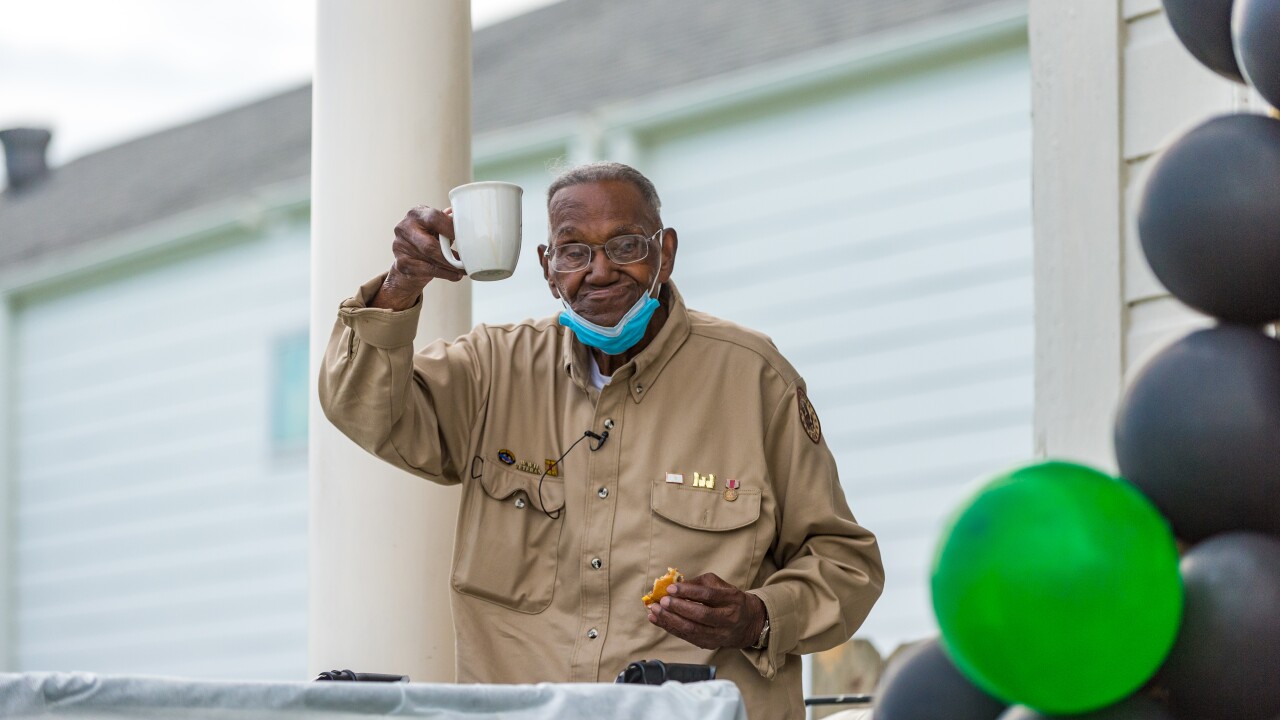 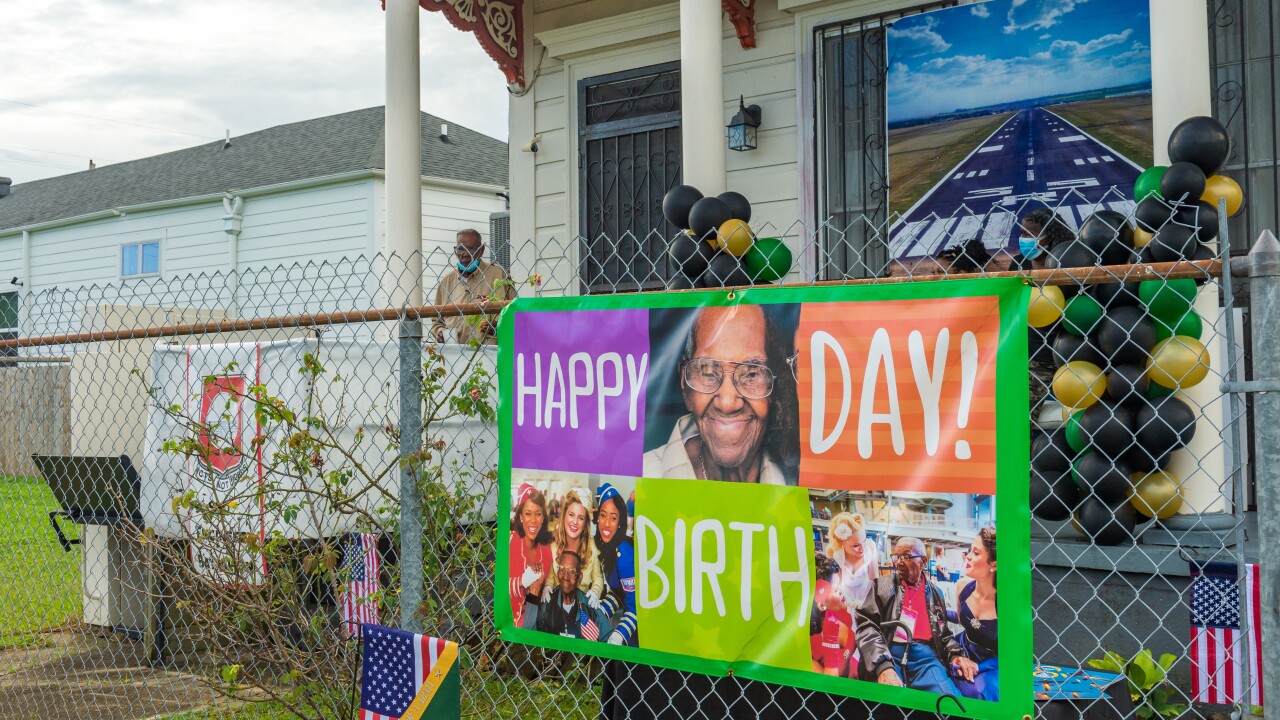 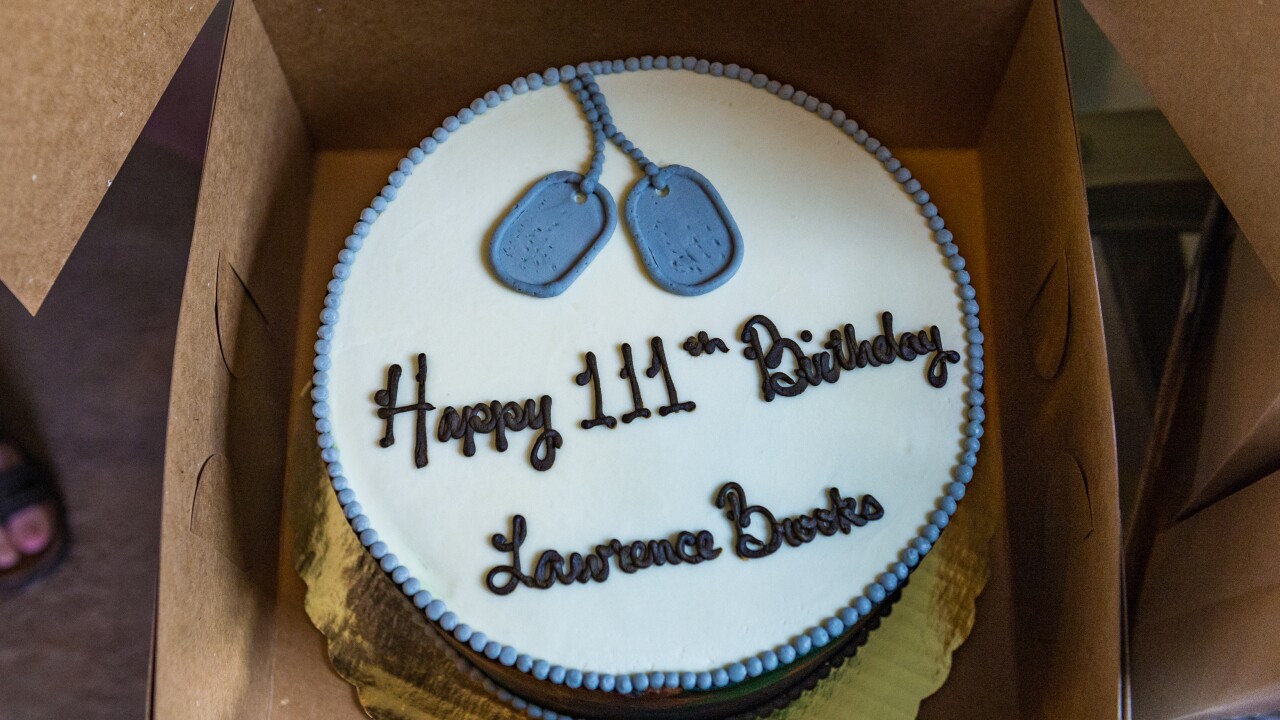 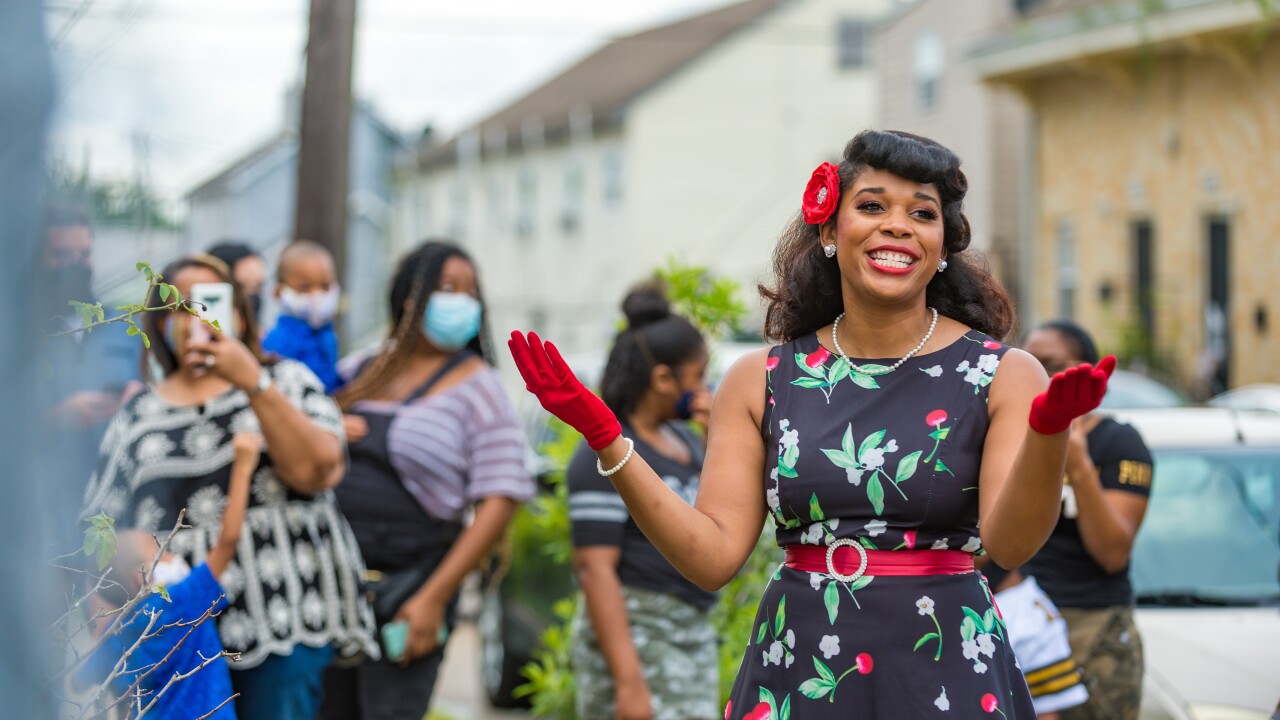 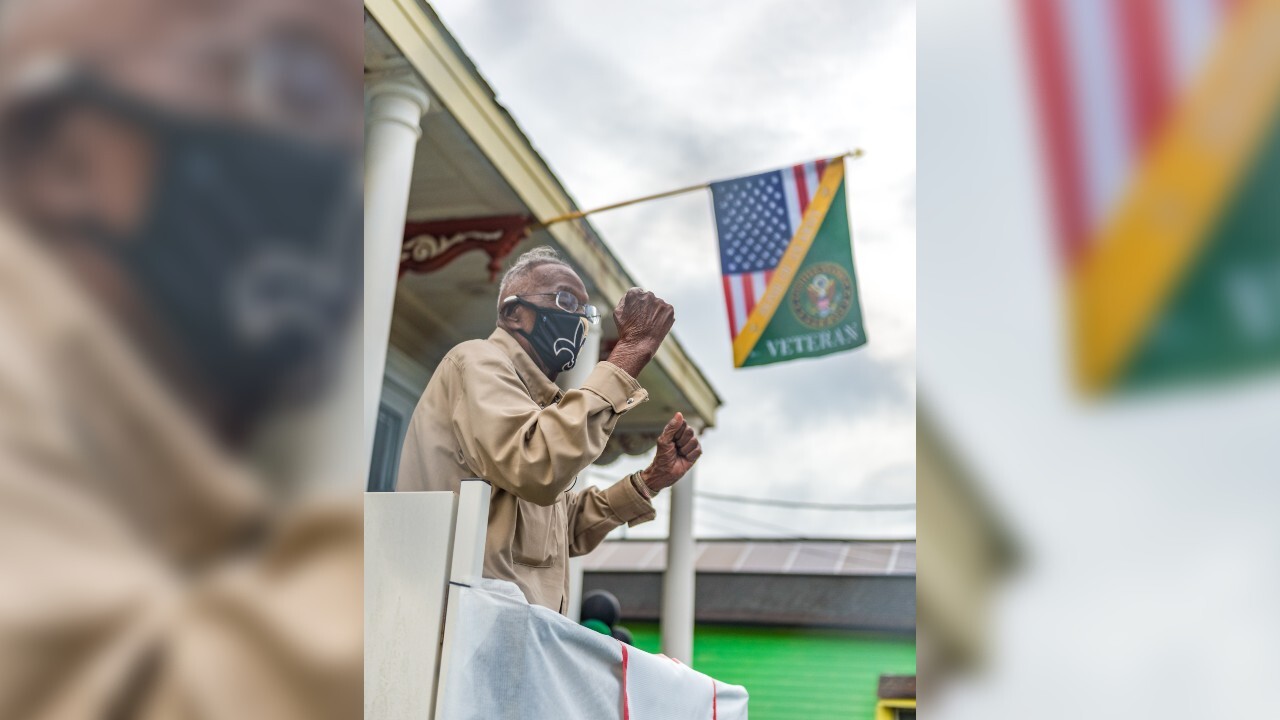 NEW ORLEANS, La. – The oldest known U.S. veteran of World War II celebrated his 111th birthday over the weekend and he did it in style.

Like it has for the past five years, The National WWII Museum hosted a birthday celebration for Lawrence Brooks on Saturday. This year though, they followed social distancing guidelines and the centenarian enjoyed the festivities from his home in New Orleans.

From his porch, Brooks watched as military planes from the Aeroshell Aerobatic Team and The Big Easy Wing flew over just for him.

The museum also had its vocal trio, The Victory Belles, perform a series of numbers for Brooks, including “Happy Birthday.”

Lastly, Brooks was presented with a cake, a recorded message from the museum’s CEO, and nearly 10,000 birthday cards collected as a result of a national card drive.

“It is such an honor to have the oldest living U.S. veteran of World War II living so close to our institution, and it was meaningful for us to continue to celebrate Lawrence Brooks and his incredible life in a safe manner this year,” said the museum’s assistant director of public engagement, Amber Mitchell, in a press release. “As we continue to lose members of The Greatest Generation, it is so important that we honor these men and women for their bravery and sacrifice while they are with us.”

Brooks served in the predominantly African American 91st Engineer Battalion, which was stationed in New Guinea and then the Philippines during WWII, according to the museum. He was married to the late Leona B. Brooks and is the father of five children and five stepchildren.

Brooks' oral history has been recorded by the museum and is available here.