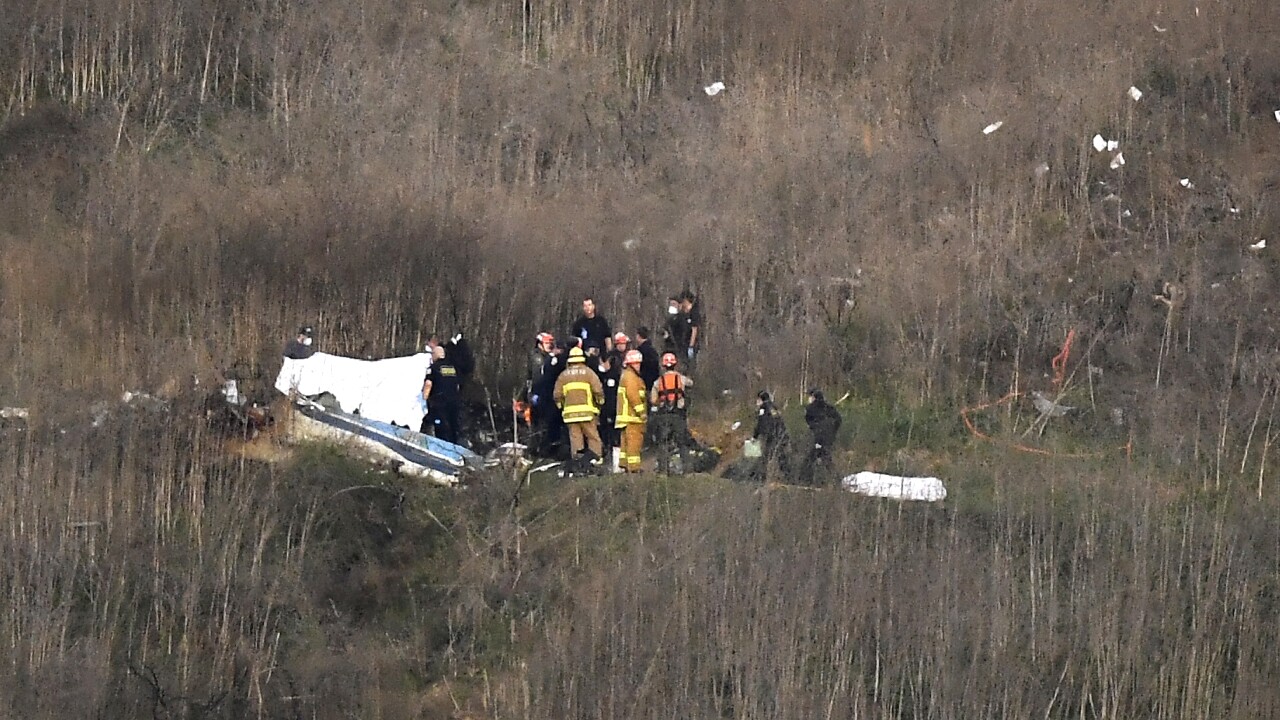 Copyright 2020 The Associated Press. All rights reserved.
Mark J. Terrill/AP
FILE - In this Jan. 26, 2020, file photo, a body is covered, left, while another is seen at right at the scene of a helicopter crash that killed former NBA basketball player Kobe Bryant and eight others in Calabasas, Calif. Gov. Gavin Newsom has approved legislation prompted by the helicopter crash that killed Kobe Bryant and eight others. The bill he signed Monday, Sept. 28, 2020, makes it a crime for first responders to take unauthorized photos of deceased people at the scene of an accident or crime. (AP Photo/Mark J. Terrill, File)

The bill signed Monday makes it a crime for first responders to take unauthorized photos of deceased people at the scene of an accident or crime.

Sheriff Villanueva said the department has a policy against taking and sharing crime scene photos, but it does not apply to accident scenes.

The measure that will take effect Jan. 1 makes it a misdemeanor with fines up to $1,000 per offense to take such photos for anything other than an official law enforcement purpose.

Bryant’s widow, Vanessa Bryant, has sued the department over the photos. In her lawsuit, Bryant alleges that eight deputies took "gratuitous images" with their cell phones after responding to the scene.

Bryant's suit also alleges that one of those deputies showed images from the scene to someone outside the department. According to Yahoo, that deputy showed photos from the scene to a person at a bar and bragged "about how he had been at the crash site." A bartender who overheard the conversation later notified the Los Angeles County Sheriff's Department about the conversation.