A nationwide recall of smoke and smoke-carbon monoxide alarms has been issued because the device may fail to alert users of a fire.

The recall involves about 226,000 units of Kidde TruSense smoke alarms and smoke-carbon monoxide alarms under the model series 2040, 2050, 2060, and 2070, according to the U.S. Consumer Product Safety Commission.

The devices were sold at Walmart, Home Depot, Menards and other department, home, and hardware stores and electrical distributors nationwide. Devices were also sold on Amazon.com, ShopKidde.com, and other online retailers from May 2019 through September 2020 for between $10 and $70. 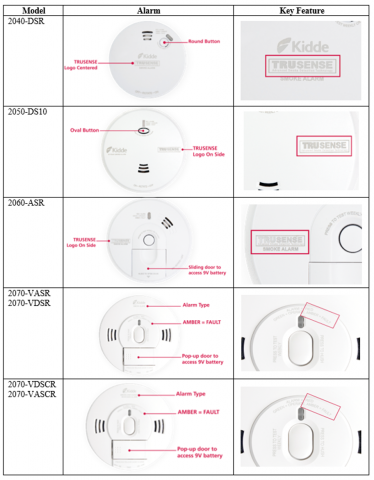 The USCPSC says anyone who purchased one of the affected devices can contact Kidde for a free replacement alarm, and that consumers should keep using the recalled alarms until they replace them.

No injuries associated with the recalled devices have been reported.

This story originally reported by Mark Saunders on 10News.com.