NASA/JPL-Caltech/ASU
This scene combines images taken during the period from December 2002 to November 2004 by the Thermal Emission Imaging System instrument on the Mars Odyssey orbiter. (NASA)
By: Sam Cohen
Posted at 7:27 PM, Apr 12, 2021

NASA has released a stunning image from Mars that appears to show blue dunes on the otherwise red planet.

The photo is a false-colored image, released last week as part of the 20th anniversary of the Odyssey orbiter.

It was composed of several images originally captured between 2002 and 2004 by the Mars Odyssey orbiter’s infrared camera. 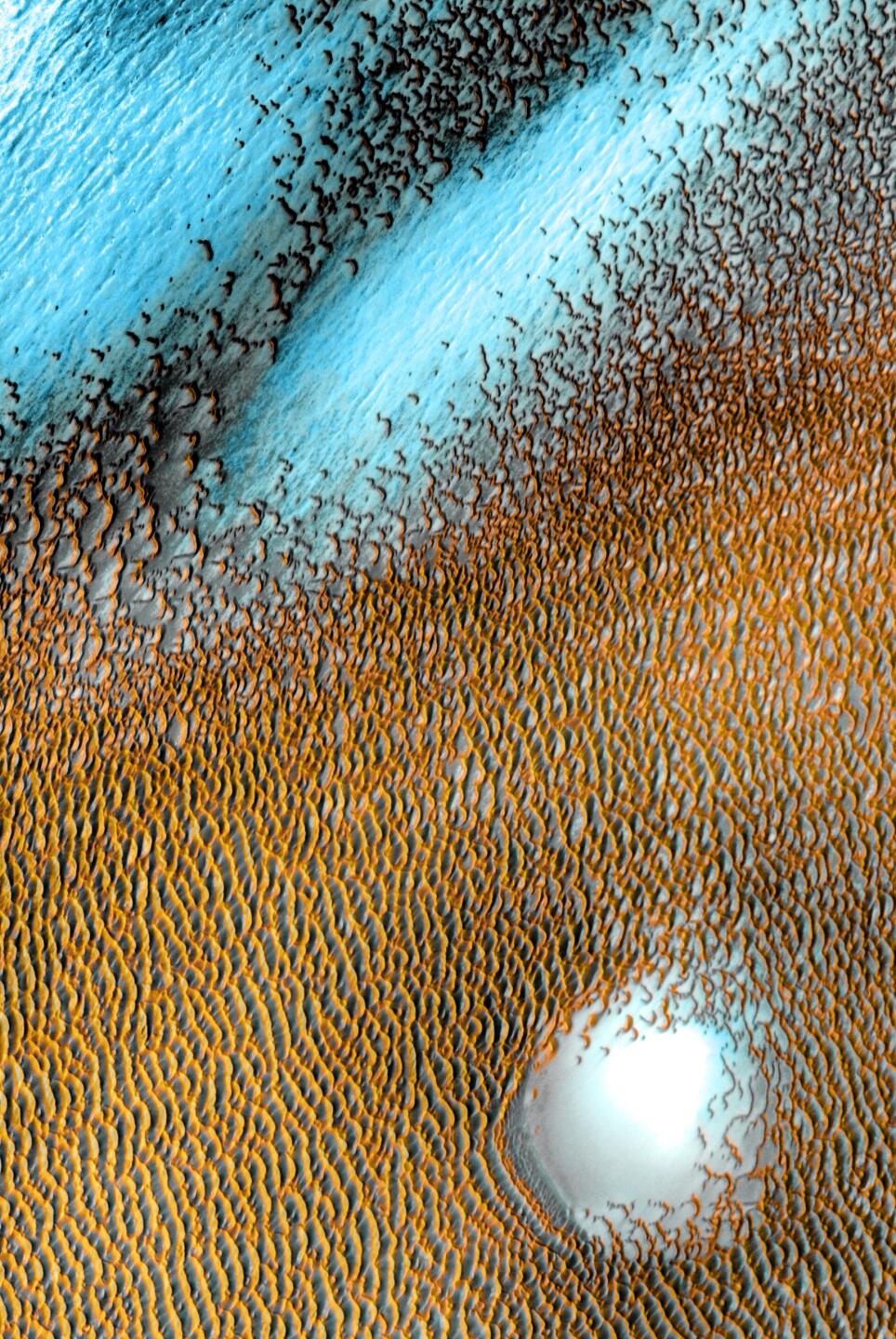 NASA says the dunes in the picture were created by winds on Mars and surround the planet’s northern polar cap, an area about the size of Texas.

Odyssey was launched on April 7, 2001 from Cape Canaveral and entered Mars’ gravity on October 24, 2001. It is still orbiting around Mars to this day, collecting scientific data.

Report a typo
Copyright 2023 Scripps Media, Inc. All rights reserved. This material may not be published, broadcast, rewritten, or redistributed.