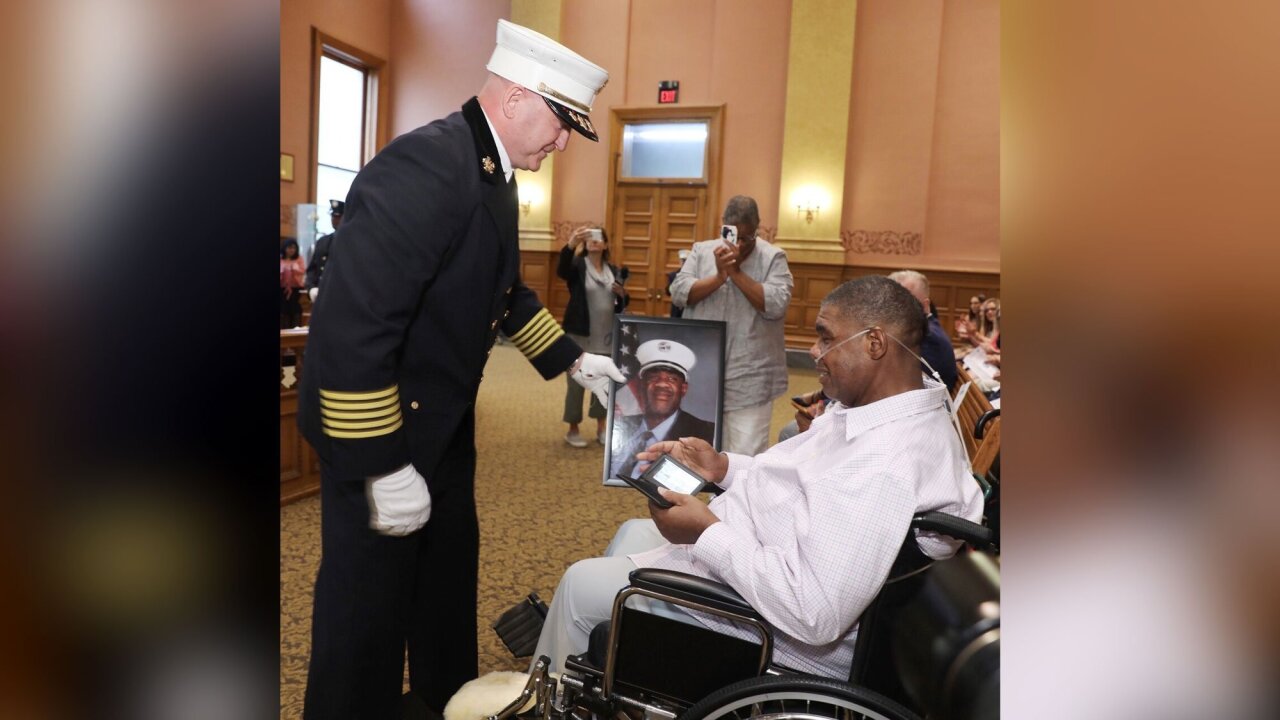 The Jersey City Fire Department honored Friday a man who spent more than five decades helping the on-duty firefighters after being saved from a fire at 10 years old.

Gregory Greene, 65, was rescued from a fire at his home as a 10-year-old boy. Afterward, his father took him by the firehouse for Engine 20, Ladder 5, the unit that responded to his house fire. He then spent nearly every day helping with chores and visiting the firefighters at the firehouse, according to the city .

Green was made an honorary deputy chief on Friday for his service at the annual meritorious awards ceremony for the fire department, according to the department's Facebook page.

"He had a scanner," Capt. Stephen Drenna told CNN affiliate WABC-TV. "At the smell of smoke in the neighborhood, he'd be out there 3, 4 o'clock in the morning, filling bottles, giving us coffee, doing all of the that."

He received a standing ovation and salutes from firefighters who received awards during the ceremony, according to WABC, showing how much he meant to the firefighters and the whole department.

Green had recently battled cancer and was dealing with other personal issues and health problems, including losing his mother. Firefighters now repay the gesture by visiting Green at his rehab center.

"He's one of my most favorite people in the world, and I say that sincerely," Drenna said. "I've had conversations with Gregory. His heart, his spirit, his soul is just incredible, beyond what he does for the fire department. The type of person he is is incredible."