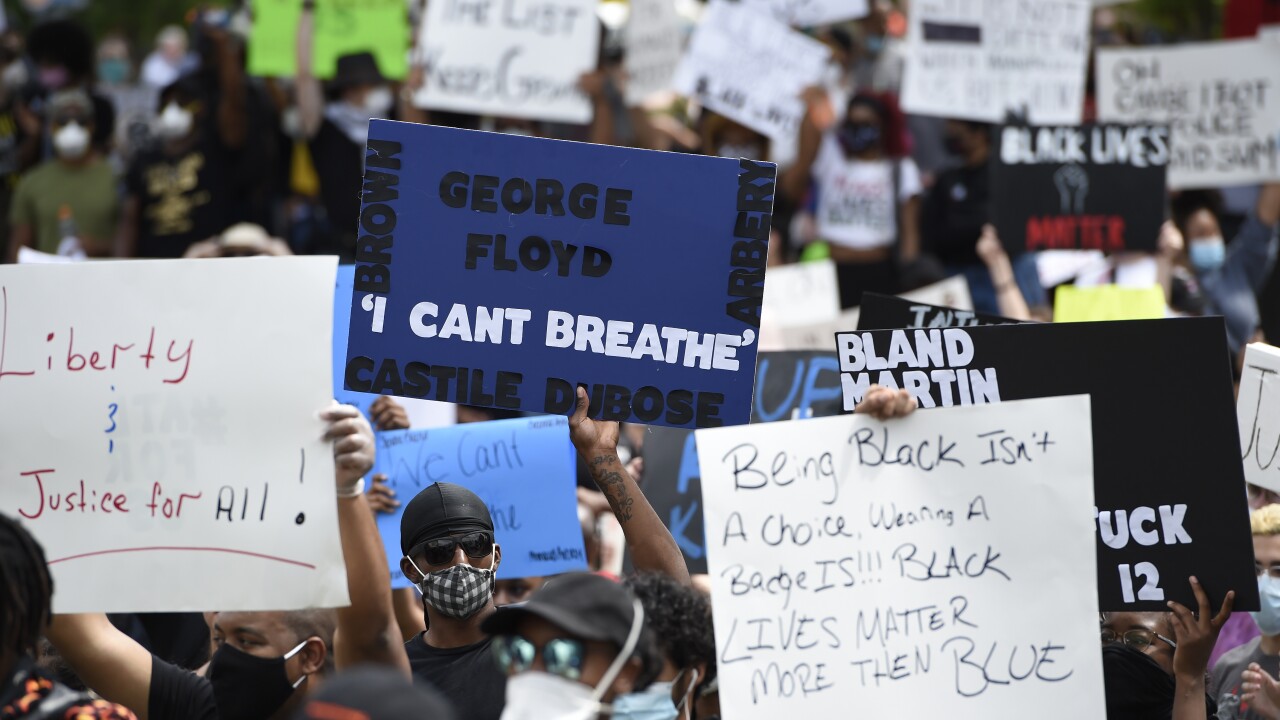 Copyright 2020 The Associated Press. All rights reserved
Mike Stewart/AP
Demonstrators protest in Centennial Olympic Park, Friday, May 29, 2020 in Atlanta. Protests were organized in cities around the United States following the death of George Floyd during an arrest in Minneapolis. (AP Photo/Mike Stewart)

The unrest rippling through the United States is continued on Friday as demonstrations were ongoing in dozens of major cities throughout the nation in response to the death of George Floyd.

On Thursday, echoes of same themes of “Black Lives Matter” and “No Justice, No Peace” reverberated from coast to coast. Demonstrators closed highways, burned buildings, busted windows and clashed with police.

Four days after Floyd’s death, Derek Chauvin, a now fired Minneapolis police officer, was charged with murder on Friday after held a knee against Floyd’s neck for several minutes, despite pleas from Floyd and bystanders. Floyd died moments later.