Kushner to Woodward: President Trump had to take country 'back from doctors' amid pandemic 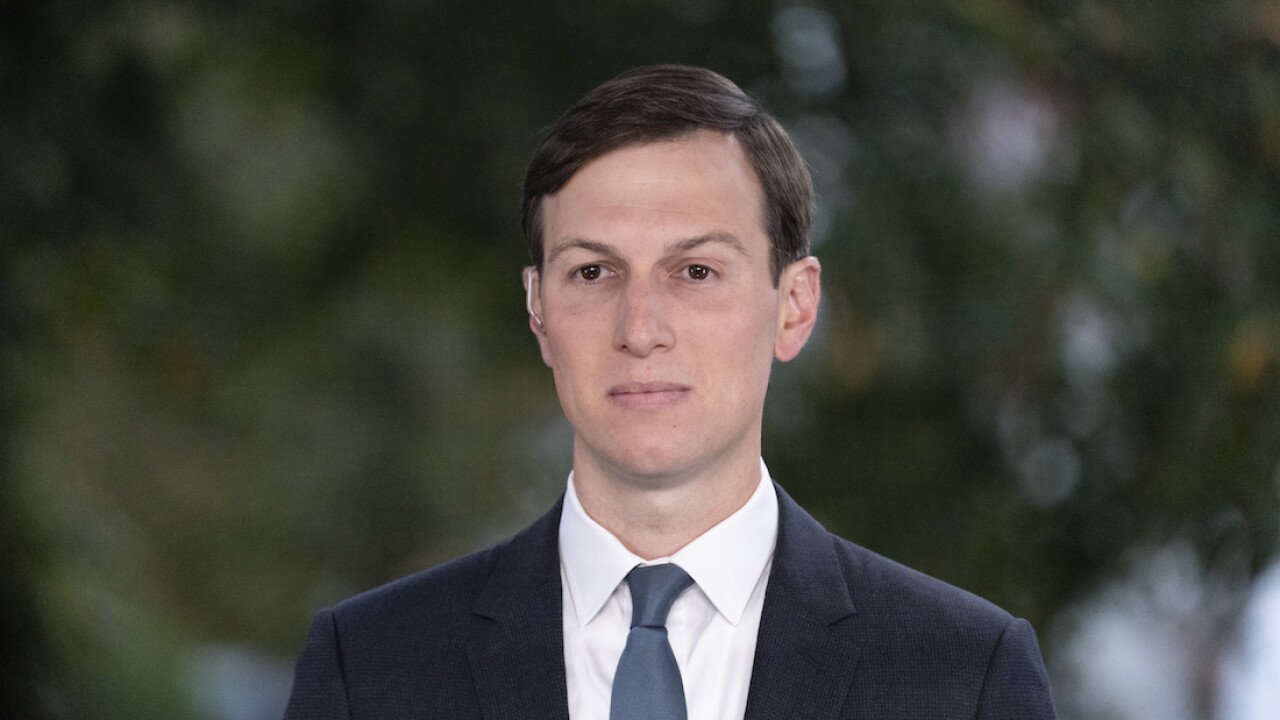 Copyright 2020 The Associated Press. All rights reserved.
Alex Brandon/AP
President Trump's senior adviser and son-in-law Jared Kushner told journalist Bob Woodward during a taped interview in mid-April that Trump was "getting the country back from the doctors" amid the coronavirus pandemic. (AP Photo/Alex Brandon)

President Trump's senior adviser and son-in-law Jared Kushner told journalist Bob Woodward during a taped interview in mid-April that Trump was "getting the country back from the doctors" amid the coronavirus pandemic.

According to newly released audio obtained by CNN, Kushner's comment came as more than 40,000 people in the U.S. had already died from COVID-19.

New audio of conversations between Jared Kushner and Bob Woodward reveal plans to keep the President - not doctors - in charge of the Covid-19 national response.

"It just underscores the Trump-Kushner political strategy. They had one concern: Election Day," says @JamieGangel. pic.twitter.com/zfNNTSMibE

In the April 18 recordings between Kushner and Woodward, Kushner stated that the country was moving past the "panic phase" and "pain phase" amid the pandemic and was going through the "comeback phase."

Kushner continued saying that although there would still be pain, they had to "put out rules to get back to work" because the president was "now back in charge... not the doctors," CNN reported.

Kushner sat down with Woodward for two taped interviews - one in April and one in May - for Woodward's book Rage, which was released Sept. 15.

During one of the interviews, Kushner told Woodward that when his father-in-law became the Republican party's presidential nominee, he did a complete "full hostile takeover," and the two political parties are more like "collections of tribes."

Kusher added that "over-confident idiots" were "the most dangerous people around the president," and Trump replaced them with "more thoughtful people who kind of their place" by Trump.

According to Johns Hopkins, more than 8.8 million Americans have contracted COVID-19, and more than 227,000 have died — both of which lead the world.