Terrance Floyd, the brother of George Floyd, called for protesters to remain peaceful while protesting against police brutality. 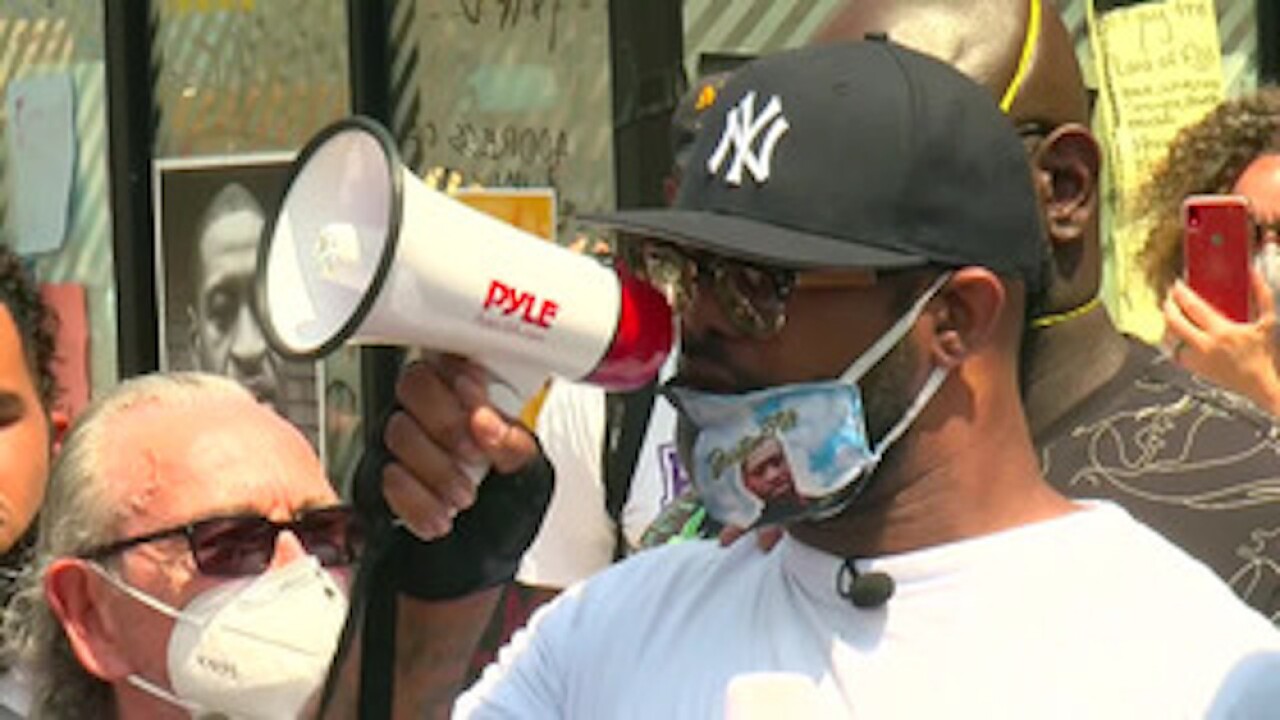 MINNEAPOLIS, Minn. – Terrance Floyd, the younger brother of a man who was killed last week while in Minneapolis police custody, called for protests in his brother's name to remain peaceful.

Floyd concluded his comments by urging black people to vote in their interest at the ballot box.

Floyd is the younger brother of George Floyd, who was killed in police custody on Memorial Day when a police officer keeled on his neck for more than eight minutes. On Monday, Terrance Floyd joined civil rights leaders in Minneapolis to lay flowers at the site of the 46-year-old’s death.

Protesters surrounded Floyd and black leaders and all in attendance took a knee for a moment of silence. Afterwards, those in attendance chanted George Floyd's name.

Leaders then gave statements via a bullhorn.

It’s been a week since George Floyd died in police custody after an officer pressed his knee on the man’s neck while arresting him. A video that surfaced of the incident showed Floyd gasping for air with his face pressed against pavement, as he said “I can’t breath.” He was pronounced dead shortly after.

Since Floyd’s death, massive protests have popped up throughout the United States for the past several days. Most protesters have been peaceful, but some escalated to violence. Demonstrators are demanding an end to police brutality against African Americans, in addition to justice for Floyd.

Derek Chauvin, the officer seen kneeling on Floyd’s neck before his death, was arrested on murder and manslaughter charges on Friday. He and three other officers involved in the incident have been fired from the police department, but Chauvin is the only one facing charges as of Monday morning. Activists are calling on authorities to charge the other three officers.

Terrance Floyd told ABC News that he’s traveling to the site of his brother’s death so he can feel his spirit and “just connect with him again.”

In the ABC News interview, Terrance also urged protesters not to “tear up” their communities.

“All of this is not necessary because if his own family and blood is not doing it, then why are you?” he said. "If his own family and blood are trying to deal with it and be positive about it, and go another route to seek justice, then why are you out here tearing up your community? Because when you’re finished and turn around and want to go buy something, you done tore it up. So now you messed up your own living arrangements. So just relax. Justice will be served."