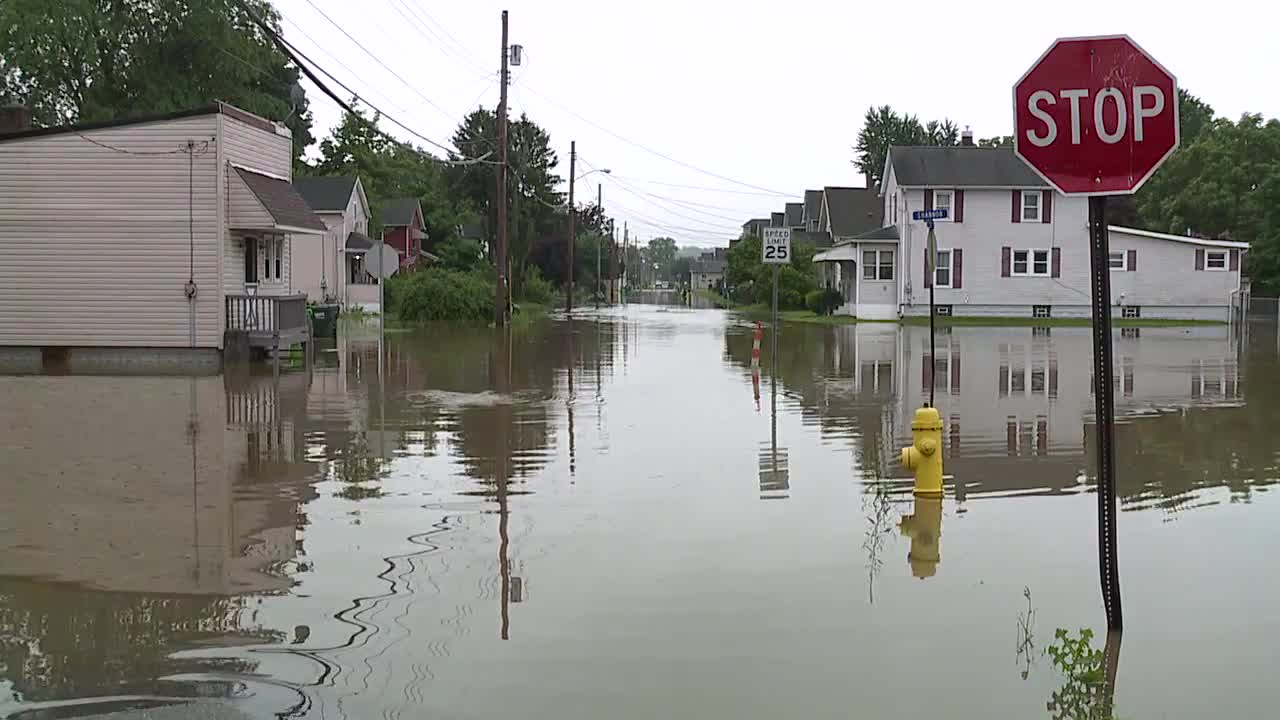 Flooded streets and yards in Barberton 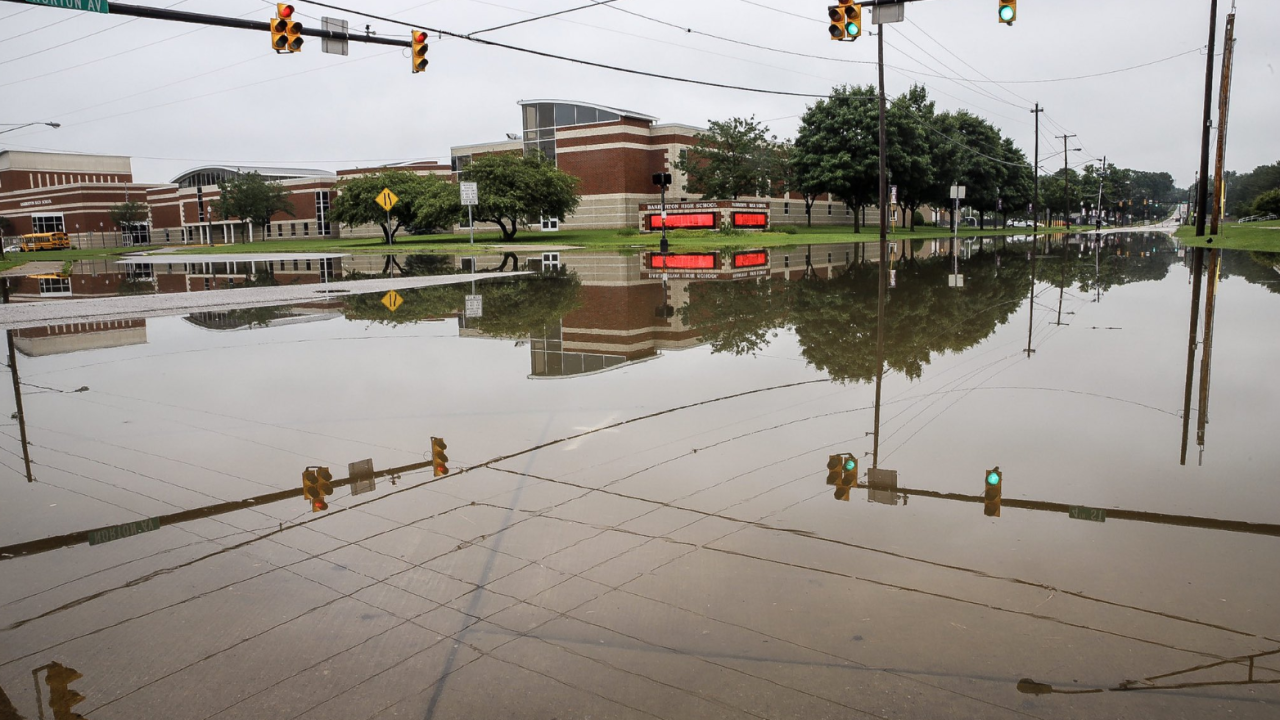 CLEVELAND — Downpours over the weekend are bringing flooding to a wide swath of northeast Ohio . Residents woke up to their yards saturated in water and streets barely recognizable. The video above was captured by WEWS photographers in Barberton, Ohio. It shows residents walking in knee-high water with their dogs and vehicles taking a big risk by driving through unknown depths of flooded streets.

In Wayne County, the City of Rittman declared a state of emergency due to flooding. More on this story here.

Areas hit hardest by the flooding include many cities in Summit County, such as Barberton, Copley and Norton. Entire intersections are underwater.

In Copley, Pigeon Creek overflowed, causing Knox Boulevard to be closed to vehicle access, but that didn't stop people from trying.

The National Weather Service said rainfall reports from the past 48 hours reveal many areas south of Cleveland received more than three inches of rain.

Keep in mind... the average rainfall for the ENTIRE month of June is about 3.5". #GMCle #WEWS pic.twitter.com/uxb1jkgESu

As if all this rain wasn't enough, a 1.5-magnitude earthquake hit Willowick, Ohio, on Sunday night. This one comes on the heels of the 4.2-magnitude quake that was centered north of Lake County in Lake Erie last week. More on the small earthquake here.

Did you feel it? Doubtful... but we had another one! #GMCle #WEWS pic.twitter.com/mXA38WKjoS

The National Weather Service confirmed that not one but two EF-1 tornadoes touched down in northeast Ohio Sunday.

Check out this damage in Oakwood in SE Cuyahoga county from this afternoon as a tornado warned storm moved over the area. The storm quickly started showing signs of rotation and then weakened before getting stronger again over Trumbull county. #weather #WEWS #Cleveland pic.twitter.com/TkHwVqdw0i

This story was originally published by Kaylyn Hlavaty on WEWS .