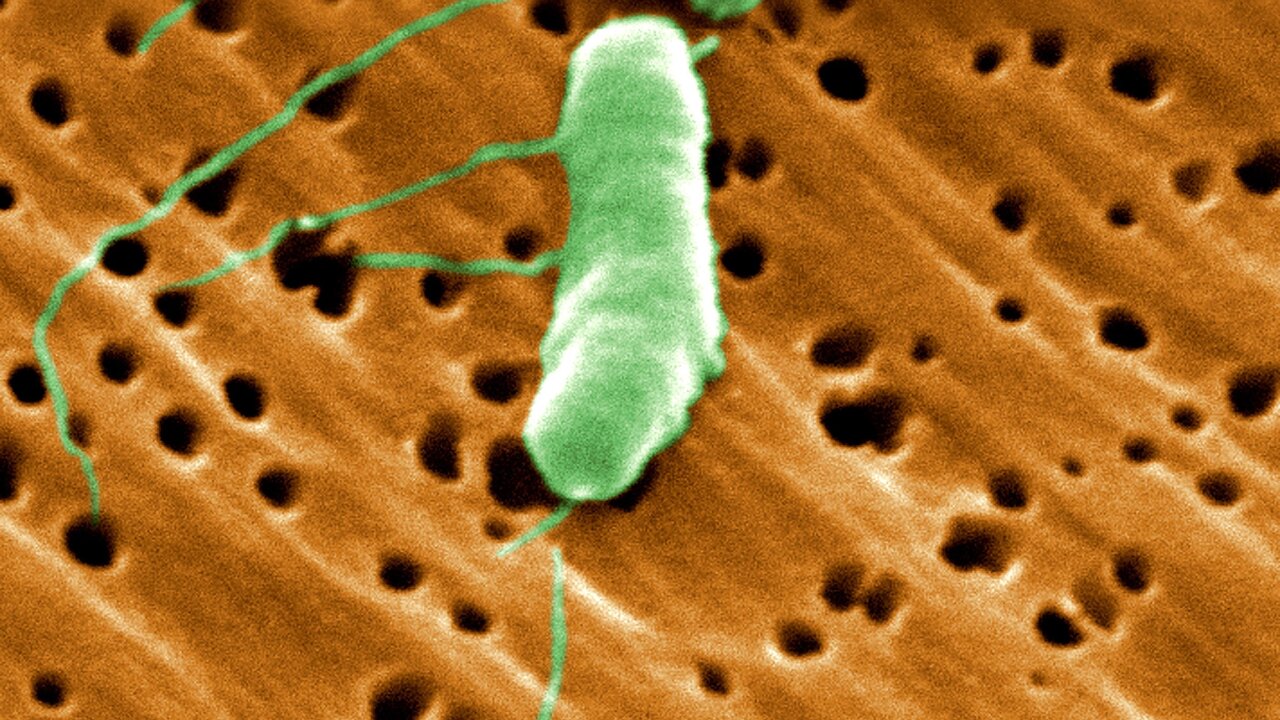 Climate change may lead to unlikely illnesses in unexpected places, new research suggests: In the past two years, five cases of Vibrio vulnificus, a flesh-eating bacterial infection spread by handling or eating contaminated seafood, have been tied to Delaware Bay, where water temperatures have been on the rise in recent years, according to a study .

These five patients were treated at one New Jersey hospital and serve as a warning that flesh-eroding bacterial infections are now occurring outside the traditional geographic boundaries, the authors said.

"It is important for physicians -- who may have never seen this infection before in their medical practice -- to have some awareness," co-author Dr. Katherine Doktor, an infectious disease specialist at Cooper University Health Care, wrote in an email.

Before 2017, Cooper University Hospital in Camden, New Jersey, had seen only one case of severe Vibrio infection in eight years, explained Doktor, also an assistant professor at Cooper Medical School at Rowan University. Then, in just two years, the hospital saw and treated five patients, one of whom died.

"Significant increases in sea surface temperatures" have occurred over the past three decades in many regions of the United States, noted the study, published Monday in the journal Annals of Internal Medicine. Warmer temperatures led to changes in the "quantity, distribution, and seasonal windows of bacteria" in the coastal ecosystem while providing "more favorable conditions for Vibrio," Doktor said.

Though Vibrio is endemic off the coast of Virginia and Maryland in Chesapeake Bay, as well as waters across the southern United States, these illnesses rarely occur from cooler Delaware Bay, whose waters splash southern New Jersey.

"While the infection is still rare, it is being seen with more frequency in this region," Doktor said.

A 38-year-old man arrived at the hospital vomiting, feverish and with a skin rash on his tender left calf. His blood cultures confirmed Vibrio, already evident by his dying skin. Though he had not been near Delaware Bay, he worked at a New Jersey restaurant that possibly served seafood from the bay. Successful treatment, which included skin grafts, led to his discharge from the hospital.

The second patient, a 64-year-old man, sought medical care two days after cleaning and eating Delaware Bay crabs. His right hand had begun to swell. After verifying Vibrio, his doctors removed portions of deep connective tissue. During a third attempt to remove all the dead and dying skin, the rhythm of the patient's heart became erratic and he died.

A third man, 46 years old, appeared at Cooper University Hospital complaining of a swollen left leg two days after he injured himself while crabbing in Delaware Bay. Skin and blood cultures verified a Vibrio infection. Oozing blisters on his calf led doctors to remove connective tissue and then perform grafts.

Arriving at the hospital with a severely swollen right leg, a 60-year-old man went into shock followed by respiratory failure. He had been crabbing in Delaware Bay and had made a meal of a dozen crabs. Excessive clotting blocked his small blood vessels, and his four limbs became "mummified" and so required amputation, wrote the study authors. Delayed arrival at the hospital caused the severity of his Vibrio infection.

The final patient, a 64-year-old man, had slashed his right leg on a Delaware Bay crab trap before appearing at Cooper University Hospital. Bleeding lesions on his right arm led to shock. The hospital confirmed Vibrio and removed the dying tissue in his arm.

"In all the cases we've seen, the patients have had known risk factors (liver disease, diabetes, or other immune compromise) when a break in the skin was exposed to water and/or [when the patient] consumed uncooked shellfish harvested from the Delaware Bay," Doktor wrote.

Who's at risk for Vibrio

Dr. Stephen Spann , dean of the University of Houston College of Medicine, said it's difficult to "build a real strong case" that flesh-eating bacteria are moving north due to global warming based on just five patient reports.

"It's suggestive, right?" asked Spann, who was not involved in the research. He added that it's "hard to say this is all due to climate change -- although it very well could be."

Another factor that affects the presence of Vibrio vulnificus is water salinity. "As salinity or salt content in these waters drops, the concentration of the Vibrio goes up," he explained. Other circumstances , including the presence of pollution, may affect bacterial concentration.

Still, people need to know that "this is a problem that happens," Spann said. "You hear of cases, but it's not like an epidemic." This is true even in the regions surrounding much warmer Texan waters, where flesh-eating bacterial infections are more frequent but not "super common."

Since 2010, between 700 and 1,200 cases occur each year in the United States, though this is probably an underestimate, according to the US Centers for Disease Control and Prevention.

Having a wound that is exposed to brackish water where these bacteria live is one way to get an infection; eating contaminated shellfish -- "oysters, primarily" -- is another, he said. "Certainly, the people in that area would benefit by paying attention to this."

"Your average healthy person is probably not at huge risk," Spann said, noting that the vulnerable include "people who have some sort of a chronic disease that suppresses their immune function, or maybe they are on immunosuppressive drugs like corticosteroids. Or they have liver disease or a disease called hemochromatosis, which is an iron storage disease where there is not enough iron in the body."

One way to stay safe is to thoroughly cook shellfish before eating, Spann said.

Doktor agreed, adding, "Anyone with cuts, sores or broken skin or with immunocompromised conditions who notice changes or the appearance of infection after spending time in the water (particularly brackish waters) should seek medical attention promptly as early medical (intervention) is key to the best outcomes."