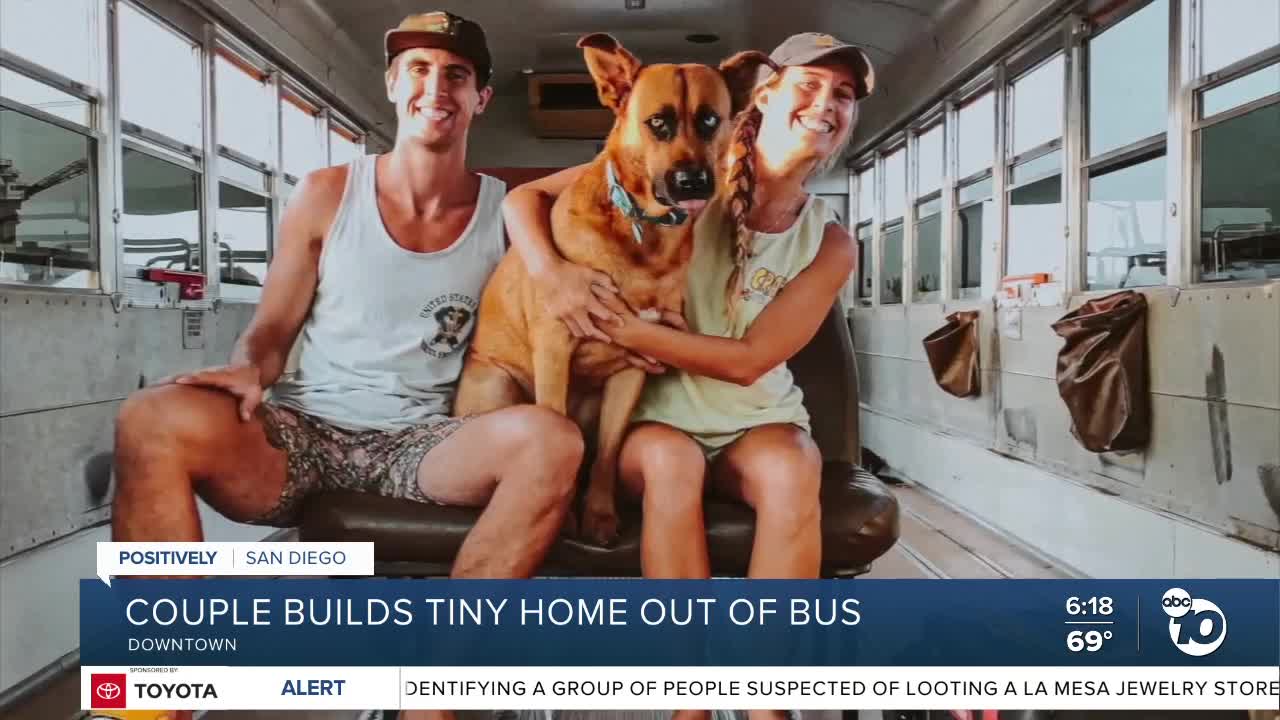 A local Navy couple transitioned from a small Little Italy apartment into their dream home made from an old school bus.

SAN DIEGO, Calif. - Born in Arizona but transplanted to the coastal city of San Diego, is Goose.

It's a school bus turned tiny home in the making and behind it is Navy couple Sydney and Fabrice Gutierrez.

"It was brought to the school bus sales lot so we literally picked it up on its last day of school," the couple said. "People are taking retired school buses and converting them into tiny homes versus standard RV's. It's customized and you could build it into everything you want or need it for."

A school bus on wheels, they said, was a better bet than the average home on wheels,

"They're a lot safer than regular RVs if you think about it. Their whole purpose was carrying kids back and forth year after year, so it's a lot safer," said Sydney.

The duo planned to spend more time working on their tiny home, but COVID-19 gave them a detour.

"A lot of things we had lined up that we thought were going to help us fell through, and weren't possible," the couple stated.

There were on a waiting list to store the bus somewhere to work on it but not as many RVs were leaving their spaces, forcing the couple to work faster and downsize from their Little Italy apartment to their tiny home, sooner.

Not only will it be smaller, but much cheaper than your average home in San Diego. They said the project, running them under $20,000, is friendly for their pockets and the environment.

"It's really resourceful to use old cars that would probably sit on a lot and rot forever," the couple said.

The couple said the tiny home "Bussie" community is getting more popular with so many people able to work from practically anywhere.

This story was first reported by Vanessa Paz at KGTV in San Diego, California.