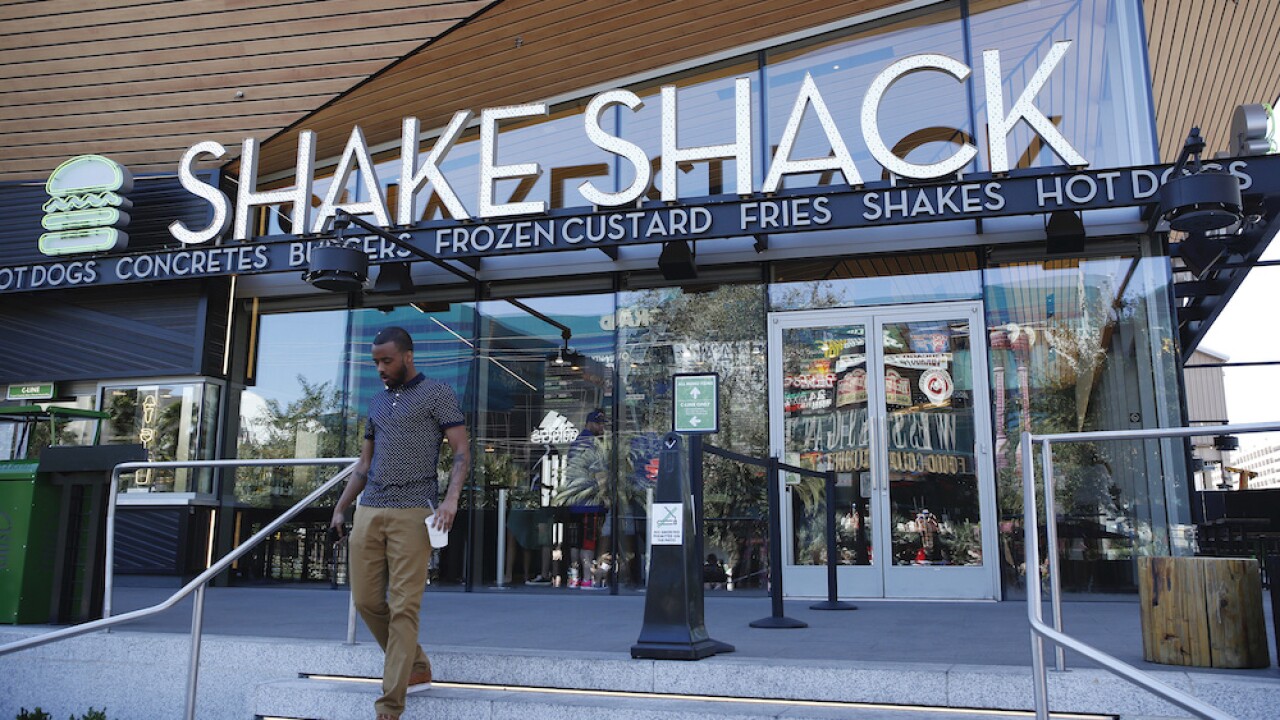 Copyright 2016 The Associated Press. All rights reserved. This material may not be published, broadcast, rewritten or redistribu
John Locher/AP
FILE - In this April 15, 2015 file photo, a man walks out of the Shake Shack in front of the New York-New York hotel and casino in Las Vegas. Shake Shack on Monday, Aug. 10, 2015 said that price hikes and the return of its crinkle-cut French fries helped lift sales 12.9 percent at established locations during the second quarter, and raised its outlook for the year. (AP Photo/John Locher, File)

Shake Shack's CEO says the company will return a $10 million loan the burger chain received from the Paycheck Protection Program (PPP) — a federal program meant to aid small businesses during the coronavirus pandemic that's already been depleted of funds.

In a statement posted on LinkedIn, Shake Shack CEO Randy Garutti said that the chain has decided to "immediately" return a $10 million loan to the Small Business Administration.

In his statement, Garutti clarified that Shake Shack qualified for the loan under the CARES Act — the coronavirus stimulus plan passed by Congress that established the PPP. Any restaurant with under 500 employees was eligible for a PPP loan, according to the CARES Act.

"Few, if any restaurants in America employ more than 500 people per location. That meant that Shake Shack - with roughly 45 employees per restaurant – could and should apply to protect as many of our employees' jobs as possible," Garutti wrote.

Garutti also said that Shake Shack officials had no idea that the program would run out of funds so quickly when they applied for the loan.

"There was no fine print, anywhere, that suggested: 'Apply now, or we will run out of money by the time you finally get in line,'" Garutti wrote.

Garutti closed his statement by calling on Congress to adequately fund the PPP, assign each restaurant to a qualified local bank and eliminating forgiveness dates for PPP loans.

The CARES Act was signed into law by President Donald Trump in March in an attempt to jump-start the economy amid the coronavirus pandemic. In addition to establishing the PPP, the bill also sent $1,200 stimulus check to millions of Americans.

However, the PPP was drained of funds just two weeks after it was established. Some banks report that the funds they received were depleted "within minutes."

During a press briefing Sunday evening, President Donald Trump indicated that Republican and Democratic lawmakers were close to striking a deal to refund the PPP. He also defended Shake Shack and other large restaurant chains — like Ruth's Christ Steakhouse — who took PPP loans, saying that restaurants who use a franchise model might need help paying employees.