COVID-19 patient on a ventilator thanks nurses by playing violin 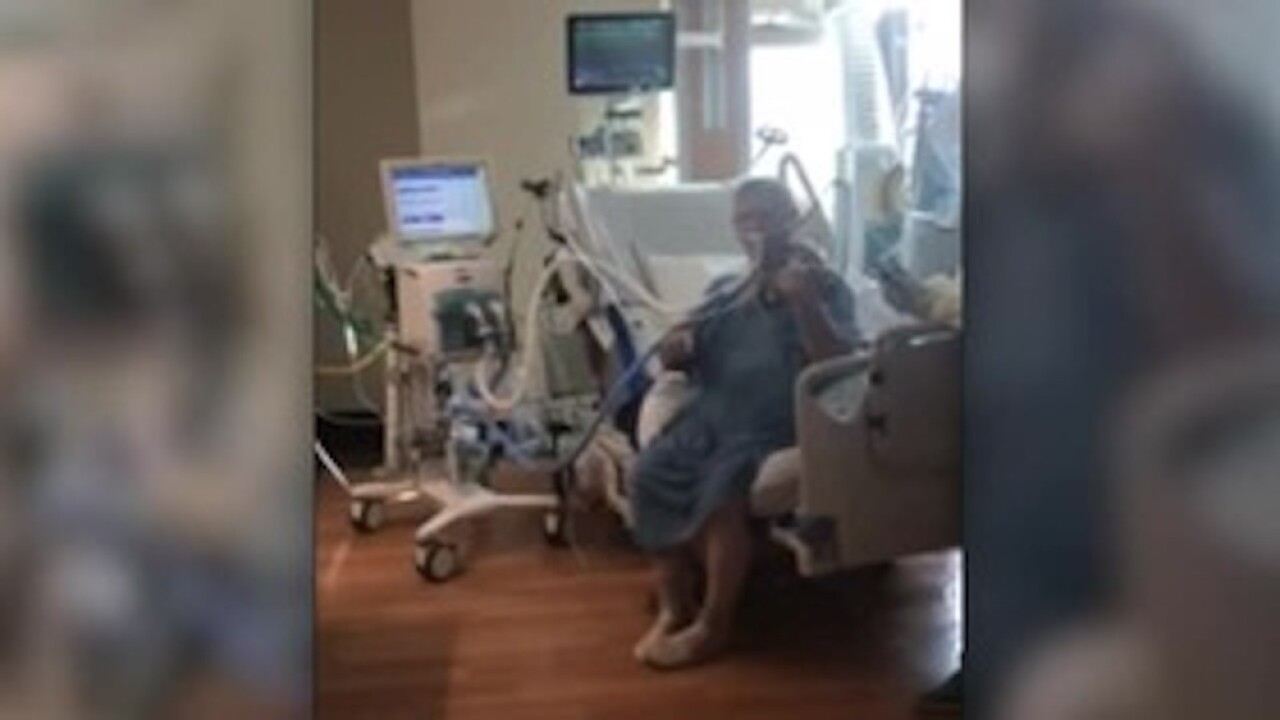 A ventilated COVID-19 patient in Utah couldn't use his voice to thank his nurses for caring for him, so he thanked them the only other way he knew how — with his violin.

According to a press release from Intermountain Healthcare, Grover Wilhelmsen contracted COVID-19 and was placed on an invasive ventilator after arriving at McKay-Dee Hospital in Ogden. Because the ventilator prevented him from speaking, he communicated with nurses and doctors with paper and pen.

Wilhelmsen is a retired orchestra teacher and has been playing music his entire life. At one point during his ICU stay, he asked one of his nurses if she'd like to hear him play.

"Toward the middle of my shift he wrote, 'You know, I really want to play here at the hospital. What do you think about my wife bringing in my violin and viola?'" his nurse, Ciara Sase, said. "I said to him, 'We'd love to hear you play, it would bring so much brightness and positivity into our environment.'"

It took some planning, but eventually, the team at McKay-Dee decided it would be safe for Wilhelmsen to play as long as Sase were in the room to make sure he didn't disturb any of the equipment that was allowing him to breathe.

Wilhelmsen's wife, Diana, eventually brought both his violin and viola to the hospital. Soon, he was filling the ICU with the comforting sounds of his music.

"It brought tears to my eyes. For all the staff to see a patient doing this while intubated was unbelievable," Sase saod. "Even though he was so sick, he was still able to push through. You could see how much it meant to him. Playing kind of helped to soothe his nerves and brought him back to the moment."

And he didn't play just once — Intermountain Healthcare says he played for several hours on back-to-back days. Sase added that Wilhelmsen would play for up to two-and-a-half hours before he became ill and required sedation.

"It was honestly shocking to be there when he picked up the violin. It felt like I was in a dream," said Matt Harper, another nurse at McKay-Dee. "I'm used to patients being miserable or sedated while being intubated, but Grover made an unfortunate situation into something positive. This was by far one of my favorite memories in the ICU that I've had. It was a small light in the darkness of COVID."

"He truly is special and made a mark on all of us," Sase said. "When I started to cry in the room after he was done playing, he wrote to me, 'Quit crying. Just smile,' and he smiled at me."

Wilhelmsen ultimately spent more than a month in the ICU. However, he's since been moved to a long-term care facility and is expected to recover. His wife says he's currently too weak to play but hopes to resume his musical talents as soon as he gathers his strength.