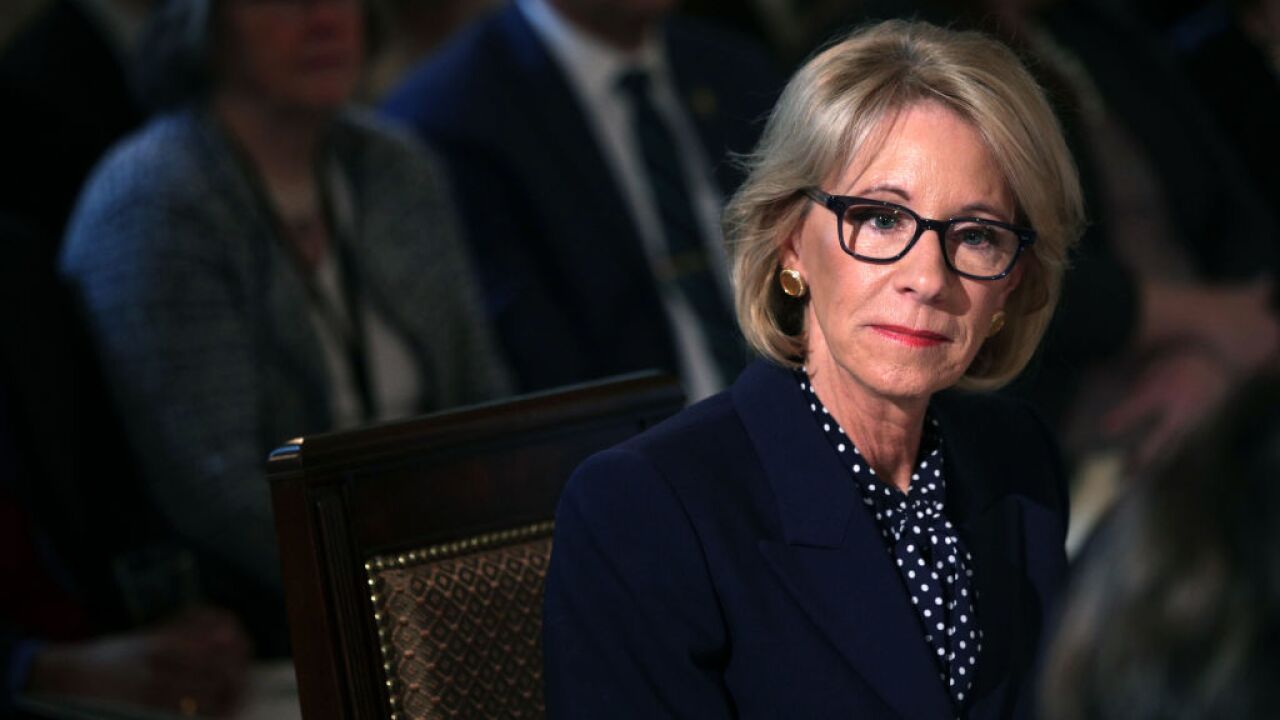 More than 150,000 applications are pending, and some borrowers have been waiting years to hear whether they'll be granted debt relief. Seven borrowers, all of whom attended for-profit colleges, filed the lawsuit Tuesday.

"Department officials have not offered a timetable for reviewing these applications. It's becoming very clear that they're not treating them in good faith," said Eileen Connor, legal director at the Project on Predatory Student Lending, which filed the case on behalf of the seven borrowers.

The department stopped processing claims under DeVos, who wants to rewrite the Obama-era rule that allows defrauded students to seek loan forgiveness.

But a federal judge -- siding with Democratic attorneys general from 18 states and the District of Columbia -- ruled that DeVos' freeze was "arbitrary and capricious" and ordered immediate implementation of the rule in October.

Still, the department did not process any more claims through the end of last year, according to the latest data available, and Connor says there's been no indication that it has started to review them again.

The Department of Education did not immediately respond to a request for comment.

DeVos has called the rule, known as Borrower Defense to Repayment, "bad policy." She's proposed offering partial loan forgiveness for qualifying students instead, based on the income of their peers who attended similar programs at other colleges. The plan would save the government $12.7 billion over a 10-year period compared with the Obama version, the department said.

Department officials have argued that they cannot process claims while another lawsuit is ongoing. The agency was also sued over the proposal to offer partial forgiveness.

"Until we have clear direction from the court, or a different methodology that we think doesn't run the same challenges -- yes, we are in a holding pattern for students that are probably eligible for partial relief," said Diane Auer Jones, principal deputy under secretary, at an event at the Bipartisan Policy Center in April.

The Borrower Defense to Repayment rule was created by the Obama administration to help borrowers as it cracked down on for-profit schools, like Corinthian Colleges, that it said were misleading students with inflated job placement numbers.

It also created an automatic loan discharge for students who were enrolled in schools when they shut down. Last December, the department restarted wiping away loans for borrowers eligible for that type of cancellation.

One plaintiff in the new lawsuit, Tresa Apodaca, attended a Corinthian College in California. In the complaint, she claims the school promised job placement assistance and externship opportunities that did not exist. Apodaca applied for loan forgiveness in May 2015 and is still waiting for a response.