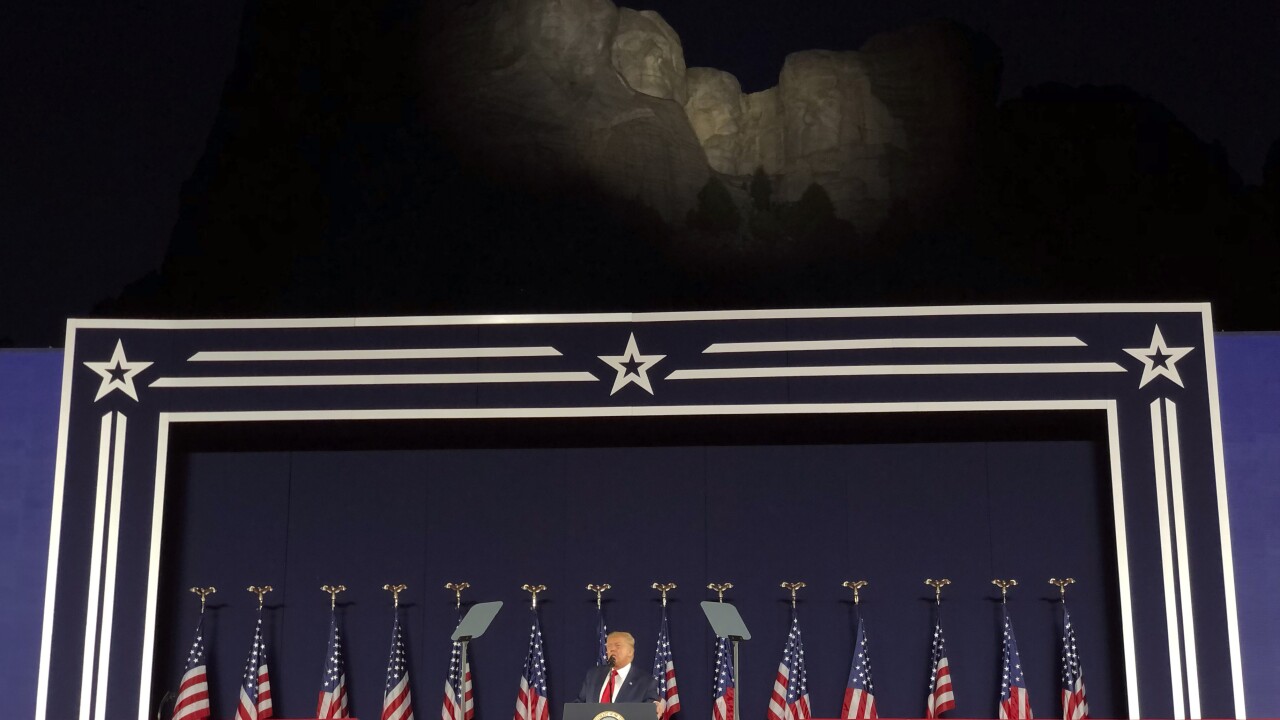 The sharp rebuke in a pre-holiday address Friday to mark the nation’s independence follows weeks of nationwide protests following the killing of George Floyd by police in Minneapolis. Some demonstrators have also destroyed or damaged Confederate monuments and statues honoring those who have benefited from slavery.

Trump says, “This movement is openly attacking the legacies of every person on Mount Rushmore."

"The radical ideology attacking our country advances under the banner of 'social justice.' But in truth, it would demolish both justice and society," Trump said. "They want to silence us. But we will not be silenced."

Trump says he will establish a “National Garden of American Heroes,” which he is describing as “a vast outdoor park that will feature the statues of the greatest Americans who ever lived.”

Trump made the announcement as he opened the Fourth of July weekend with a speech and fireworks at the iconic Mount Rushmore.

He led into the announcement by paying tribute to a litany of American icons, from political figures like Ulysses S. Grant and Frederick Douglass to entertainers like Elvis Presley and Frank Sinatra.

The executive order released Friday by the White House says the garden will feature statues of several presidents as well as other historic notables, including Davy Crockett, Amelia Earhart, Billy Graham, Harriet Tubman and Orville and Wilbur Wright.