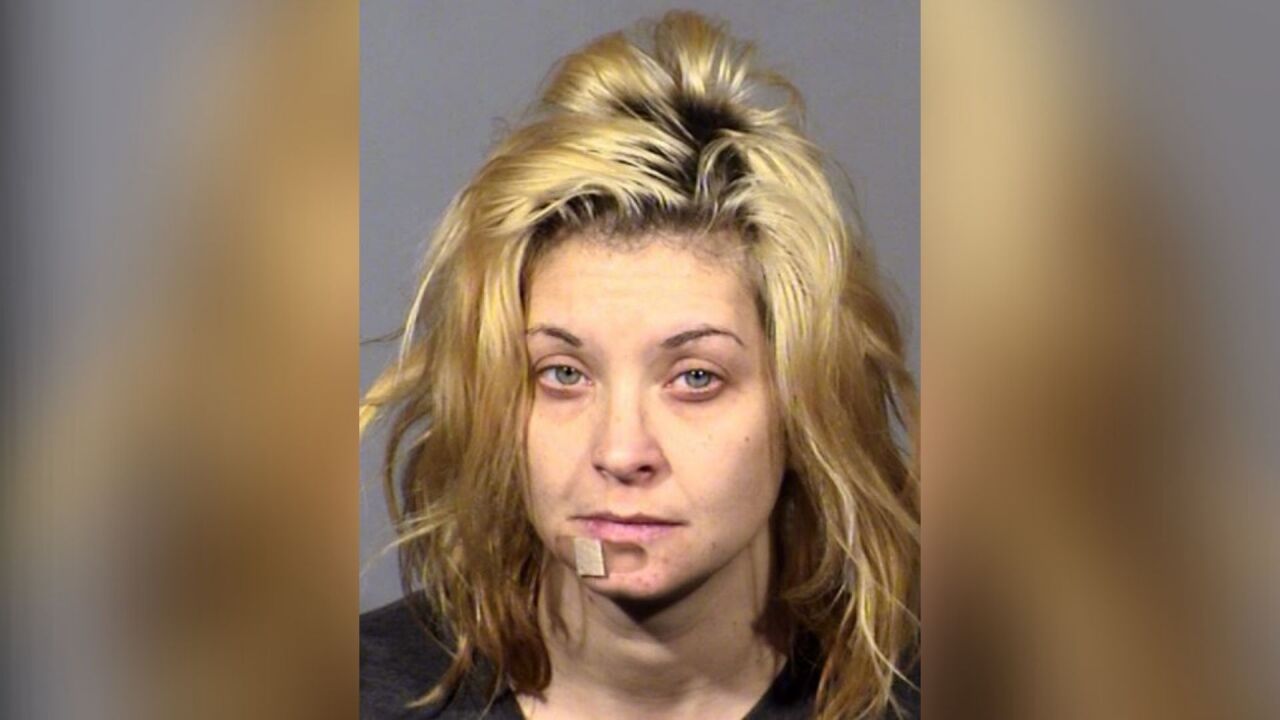 LAS VEGAS -- The arrest report for 40-year-old Casandra Garrett brings with it new details about the incidents that led up to the death of 24-year-old Esmeralda Gonzalez.

Garrett is the third suspect arrested in the Gonzalez case after her body was found encased in concrete in a desert area in Las Vegas earlier this year.

According to the report, a woman who is friends with Garrett's ex-boyfriend said Garrett called her and told her about the investigation saying it "may have been a sex fetish game that might have gone wrong."

Another person, who knew Garrett and Christoper Prestipino, told detectives that the 40-year-old informed her ex-boyfriend about the situation at Prestipino's residence that included a female who was killed.

She also told police Garrett had said: "you'd be surprised how long someone will fight for their life." The victim was tied up to a stripper pole at Prestipino’s house, and muriatic acid along with a drum were used.

The same woman cited in the report, also told police that she heard Garrett was upset because she and Prestipino forgot a U-Haul dolly in the desert near the location of the victim’s remains.

Homicide detectives were able to identify Prestipino on surveillance video taken at a Home Depot of him purchasing numerous items that included Quikrete and eight concrete fence blocks.

Detectives were informed that both Garrett and Prestipino had beat the victim, but she did not die until Garrett told Prestipino that she "got this" and injected the victim with a syringe of muriatic acid, which eventually took the woman's life, according to the arrest report.

Prestipino was eventually arrested on Oct. 11, along with his girlfriend Lisa Mort, and homicide detectives caught up with Garrett in Wisconsin but said she was defensive, argumentative, and denied ant knowledge of the missing person - Gonzalez - during an interview.

Garrett then voluntarily returned to Las Vegas, according to the report, and assisted investigators in finding Gonzalez's body located in a desert area north of Las Vegas. She was also eventually arrested on Oct. 17.

Gonzalez was first reported missing in May 2019, and authorities discovered her body in that desert area in a concrete and wood structure on Oct. 8.

Garrett is scheduled for a preliminary hearing on Dec. 2.

This story was originally published by Jordan Gartner at KTNV.