A Broken Trust: Sexual assault and justice on tribal lands

Twila Szymanski lowers the scope on her rifle, takes aim and hits a target in the distance. The shooting range is where she and her husband go to relax and forget the things they've been worrying about, she said.

But some experiences are hard to shake.

"To trust somebody you know after a sexual assault happens … it has been so difficult to work through that," Szymanski said.

Szymanski, 40, has lived on the Fort Peck Reservation in Northeast Montana since she was born and is an enrolled member of the Fort Peck Assiniboine and Sioux tribes. She said she's been assaulted three times.

"Native women have told me that what you do when you raise a daughter in this environment is you prepare her for what to do when she's raped — not if, but when,"said Sarah Deer, University of Kansas professor and author of "The Beginning and End of Rape: Confronting Sexual Violence in Native America."

More than half of American Indian and Alaska Native women will experience sexual violence in their lifetimes, according to the Department of Justice.

"You talk to Native women who have lived their whole lives on a reservation, and they say, 'I can't think of anyone, any woman that I know who hasn't been victimized in this way,'"said Deer, a citizen of the Muscogee (Creek) Nation of Oklahoma.

National data on sex crimes in tribal communities are scarce, so Newsy spent 18 months focused on two reservations: the Fort Peck Reservation in Montana and the Fort Berthold Reservation in North Dakota. After analyzing exclusively obtained documents and conducting dozens of interviews, a stark picture emerged.

Sexual assault investigations can fall through the cracks when tribes and the federal government fail to work together. Even for those few cases that end in a conviction in tribal court, federal law prevents most courts from sentencing perpetrators for more than a year.

Survivors who come forward to report assaults often find themselves trapped in small communities with their perpetrators, and several said the broken legal system contributed to their trauma.

The federal government has a unique political and legal relationship with the 573 federally recognized tribes. The tribes are sovereign, with jurisdiction over their citizens and land, but the federal government has a treaty obligation to help protect the lives of tribal members. This legal doctrine, called the "trust responsibility," goes back to the treaties that the U.S. signed with tribal nations in the 18th and 19th centuries.

The array of Supreme Court decisions and federal laws that followed resulted in a complicated legal arrangement among federal, state and tribal jurisdictions, making it difficult for survivors of sexual assault to find justice. 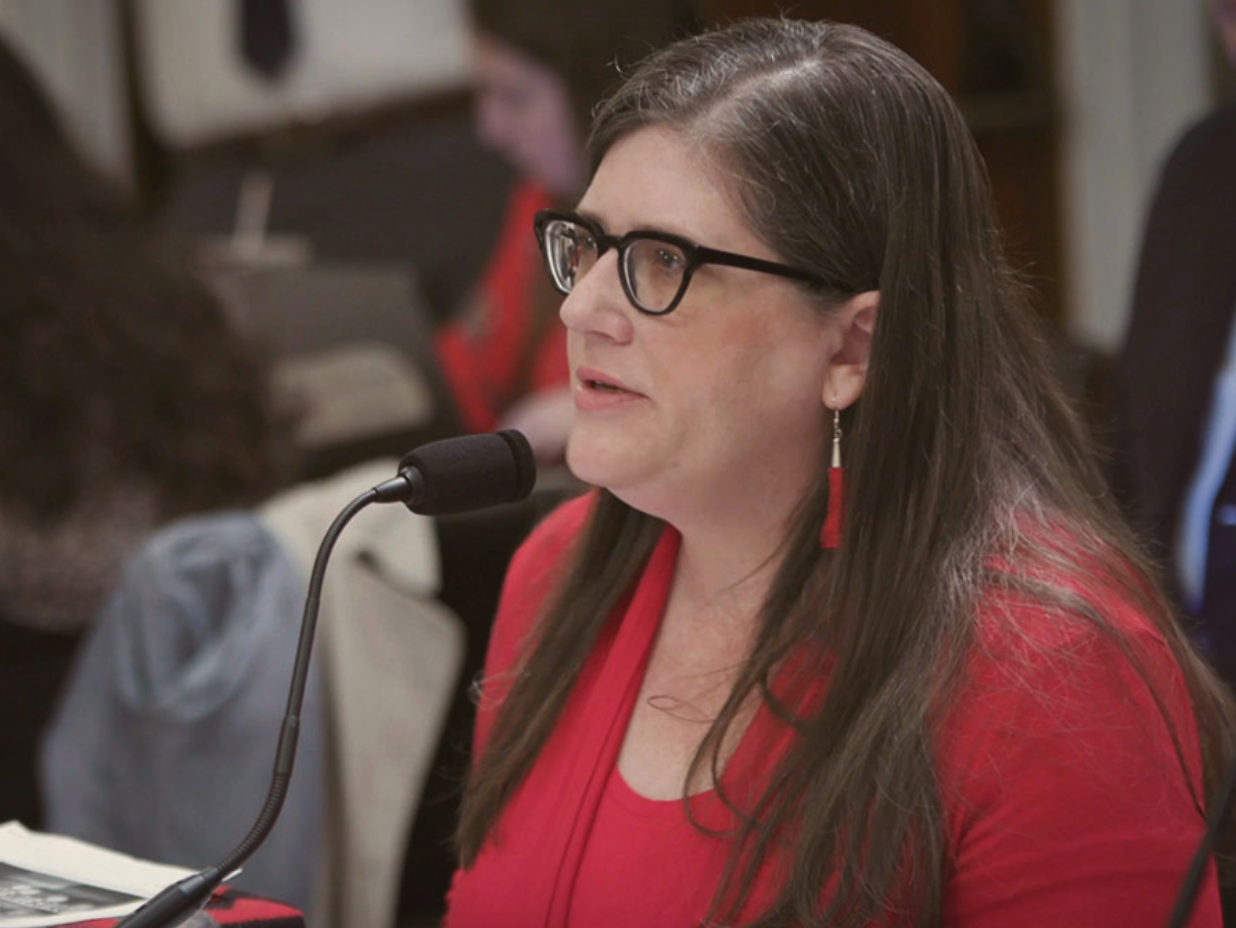 "A lot of times, when I try to explain it, people don't even believe me because it's so bizarre," Deer said. "And the reason it's bizarre is because there's been this patchwork of laws that don't talk to each other over the last century."

The tribal courthouse on the Fort Peck reservation is a small brick building. The front desk is lined with pamphlets about dating violence and sexual assault.

"The trauma that has developed over the generations ... some of the assaults are generational, and they're within the same home," said Chief Judge Stacie Smith, a member of the Fort Peck Assiniboine and Sioux tribes. "Pretend it wasn't there, and maybe it’ll go away, you know, the next generation it won't happen again. But it continues."

Smith wants to break the cycle, but tribal courts face major restrictions, including a one-year limit on sentences regardless of the crime and almost no jurisdiction over non-Indians. 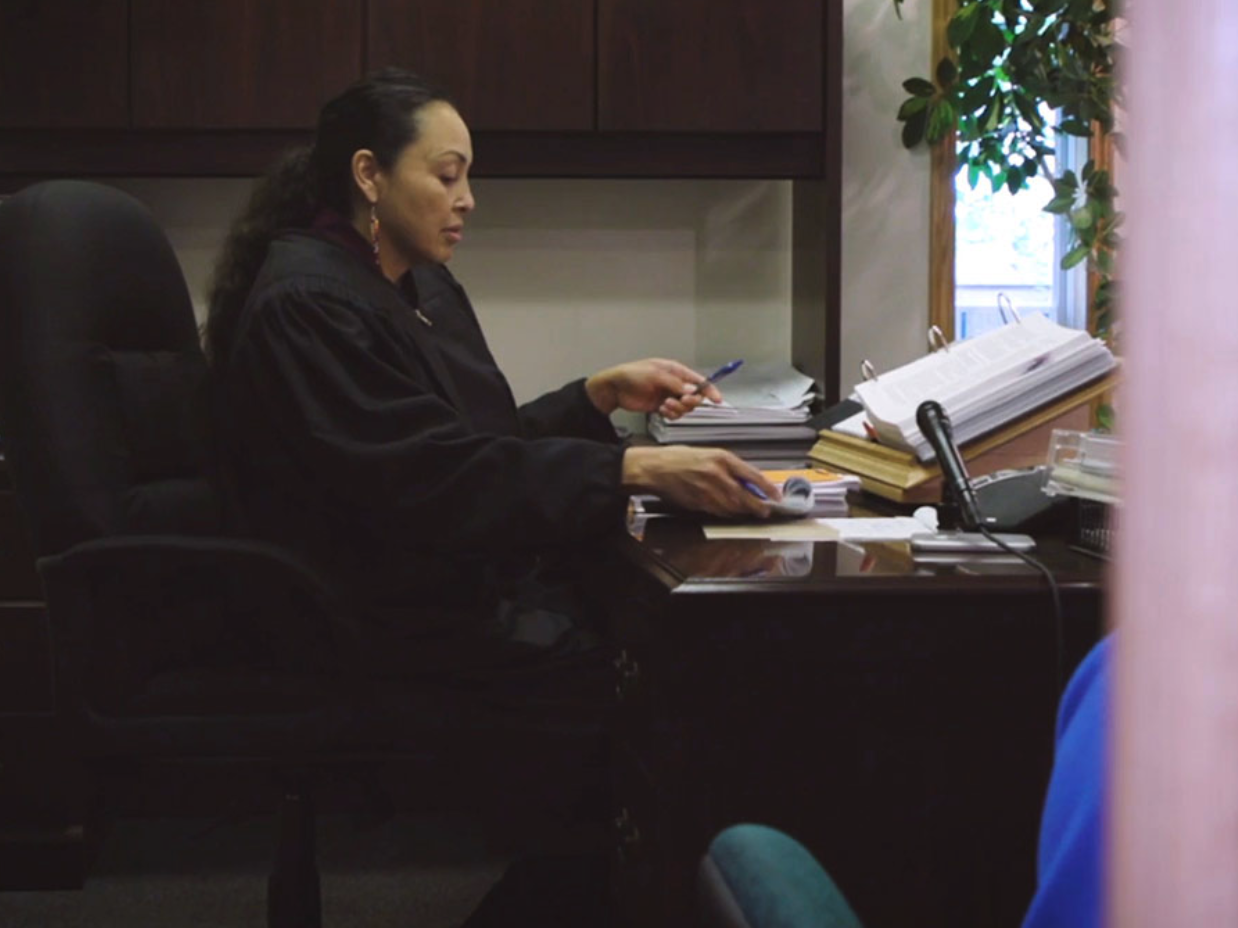 In 2010, the sentencing cap was expanded to three years per offense through the Tribal Law and Order Act as long as the tribes were able to meet certain requirements. Only 16 tribes have implemented the three-year sentencing enhancement.

Fort Peck is one of them.

When the law took effect, there were no attorneys, no one with a law degree in the court system.

Smith decided to leave her young daughters in order to attend law school hundreds of miles away. This would help the tribal court meet the federal requirements and give it more authority.

The tribal court was able to hand out three-year sentences starting in late 2012. From 2013-2018, there were three sexual assault convictions, but none of them had enhanced sentences. The longest sentence was still one year.

"We use the enhanced sentencing sparingly because we want it to have meaning," said Scott Seifert, a member of the Comanche Nation of Oklahoma and Fort Peck's lead tribal prosecutor.

Tribal court is not the only option for those seeking justice for sexual assault. In most cases, the FBI, Bureau of Indian Affairs, or BIA, and U.S. attorneys' offices are federally mandated to work with the tribes to investigate and prosecute "major crimes," which include sexual assault.

"So, if you have a rape case or a child sex abuse case and you do want to see that perpetrator put away, the best possibility for you is that it will go federal," said Deer.

That responsibility falls to the U.S. attorneys' offices, which have seen their funding and staffing in Indian County cut by more than 40% in the past seven years, according to the Department of Justice.

Data Newsy obtained from the DOJ shows that the Montana U.S. Attorney's Office declined 64% of cases of sexual assault in the past four fiscal years. 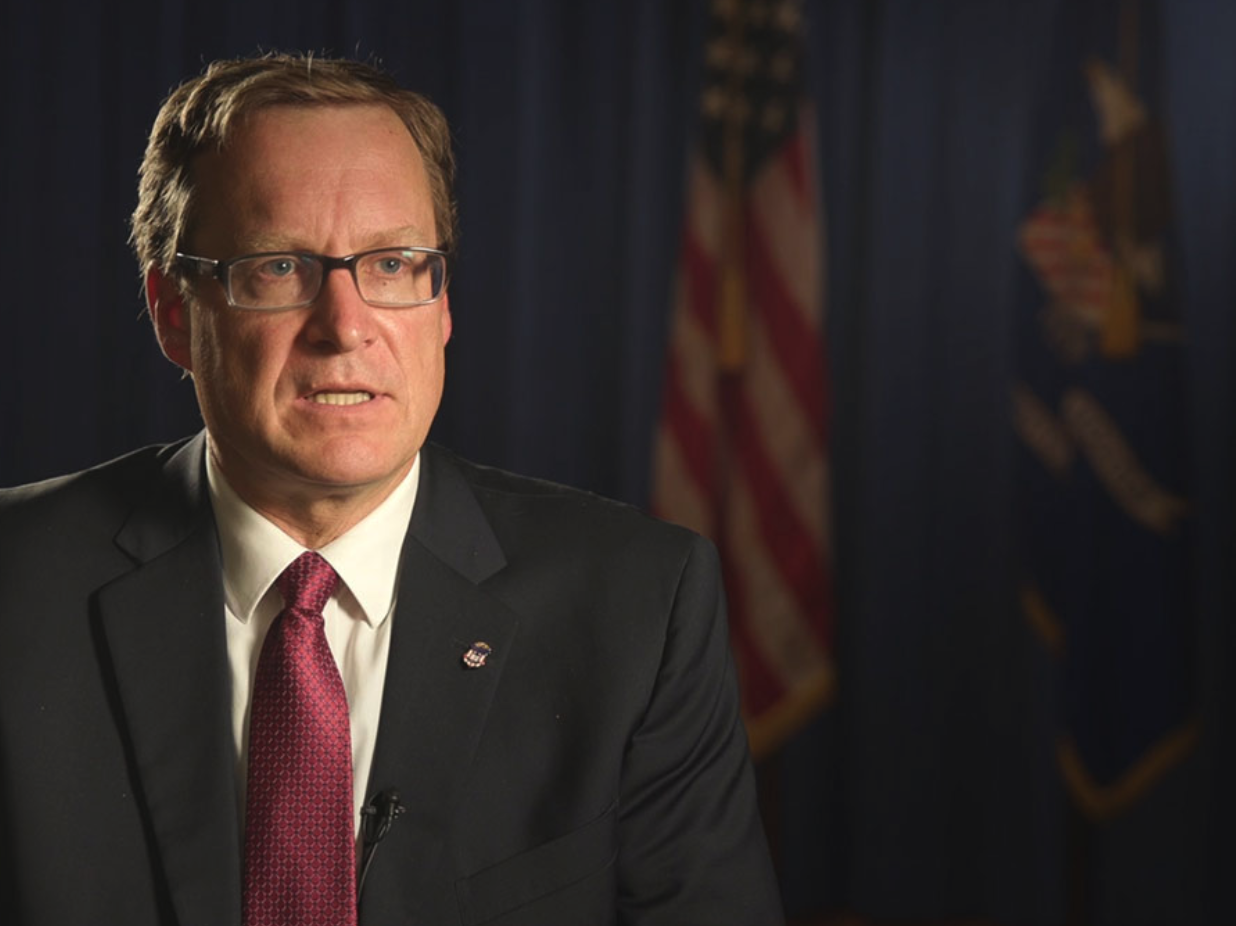 The U.S. attorney for Montana, Kurt Alme, said that a lot of these cases are declined because of weak or insufficient evidence, "and it is something that has to be worked on," he said.

Less than half of the law enforcement agencies that the bureau funds and oversees are properly staffed, said Charles Addington, director of the BIA Office of Justice Service and a member of the Cherokee Nation.

In August 2018, Fort Peck Tribal Police had funding for 21 positions, but nine of them were vacant, said Ken Trottier Jr., criminal investigations supervisor for the Fort Peck Tribes and a member of the Turtle Mountain Band of Chippewa.

"We have a hiring pool that is literally nothing here on the reservation, even though we open it up to off-reservation people," he said. "There's no houses for sale. No houses for rent. Where's that person going to live?"

Constant turnover and understaffing can lead to an undertrained police department, Deer said.

Three hours east of Fort Peck, the Fort Berthold Reservation in North Dakota sits on the Bakken oil basin and has an annual budget of $400 million. The reservation is home to the Mandan, Hidatsa and Arikara Nation, or the Three Affiliated Tribes.

Driving around the remote reservation, council member Dr. Monica Mayer points to a multimillion-dollar housing project that she says will soon have an aquatic center, baseball diamonds and mini golf.

They've also built a $17 million public safety and judicial center and increased staffing in the court system. In the past three years, the reservation has hired more than a dozen additional officers to help with what was an understaffed police department. 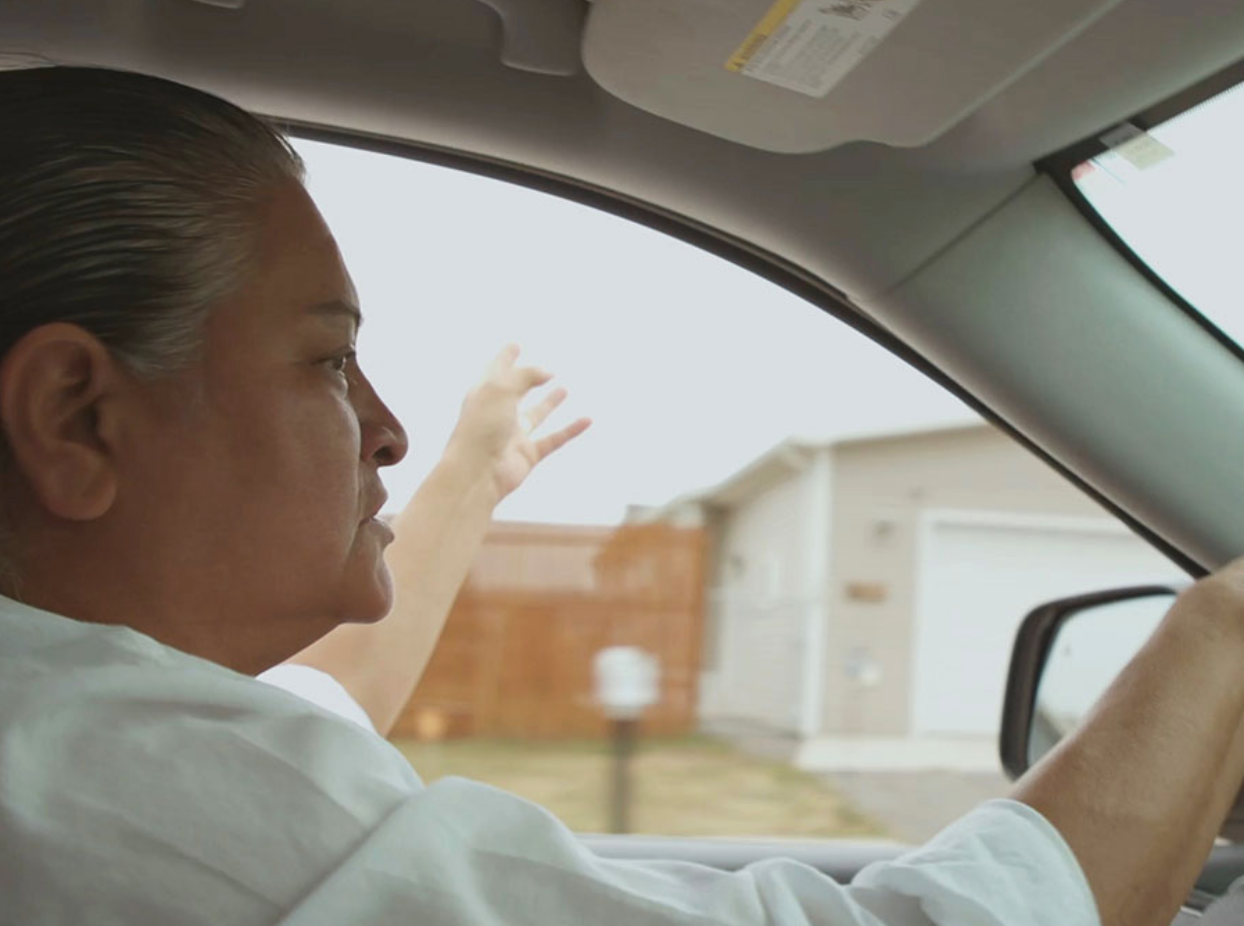 Despite this financial independence, the justice system still appears to be failing sexual assault survivors who decide to report.

"At every level, we are not adequately functioning to provide the services that are needed in a critical situation," Mayer said.

The Fort Berthold tribal court does not have enhanced sentencing. The court sentenced three people for sexual assault from 2013 to mid-2018, according to court records. Sentences ranged from eight days to six months.

The tribes' relationship with its federal partners — the BIA, the FBI and the U.S. attorneys — is crucial to helping survivors get justice. But based on interviews and records obtained from federal and tribal agencies, it's unclear if all sexual assaults on Fort Berthold were fully investigated by any agency in the past six years.

The tribes are supposed to refer every major crime to either the BIA or the FBI for investigations. Both are charged with overseeing all major criminal investigations on Fort Berthold and will determine which agency takes the lead.

The tribal criminal investigators had record of 66 sexual assault cases from January 2016 to September 2018. The BIA only had record of 10 investigations during that same time period. The FBI declined to provide any records.

After Newsy asked about the status of these cases, Three Affiliated Tribes Police Captain Grace Her Many Horses, a member of the Oglala Sioux tribe from the Pine Ridge Reservation, said she would do a case file review.

"The priority for me, right now, is to go through those case files to find out what's been declined, why, and is there anything we can do to make it happen," she said. "I guess part of that is on me, too. I should know this by now."

Grace Her Many Horses said she finished the case file review nearly a year later, but she did not provide the details of what she found, nor did she disclose whether the police referred all 66 cases up to their federal partners.

Exactly one week after Newsy's last trip to Fort Berthold, during which reporters asked how sexual assaults and rapes are handled on the reservation, the Department of Justice and the BIA released a joint statement saying, "A number of concerns have been raised about public safety and criminal investigations on the Fort Berthold Reservation."

Citing "the high rate of violence against women and children," it stated that the BIA was increasing the number of special agents from "one to two." As of the start of October, no second agent had started working on Fort Berthold.

The United States Commission on Civil Rights has issued two reports on funding in Indian County, one in 2003 and an update in December 2018, called Broken Promises. The report said "the federal government continues to fail to support adequately the social and economic well-being of Native Americans," and that this "contributes to the inequities observed in Native American communities."

Trying to make a difference

Szymanski only reported one of her three assaults — the one when she was 14. Her case made it into federal court.

The defendant pleaded guilty in 1995. He was sentenced to three years' probation and no prison time. 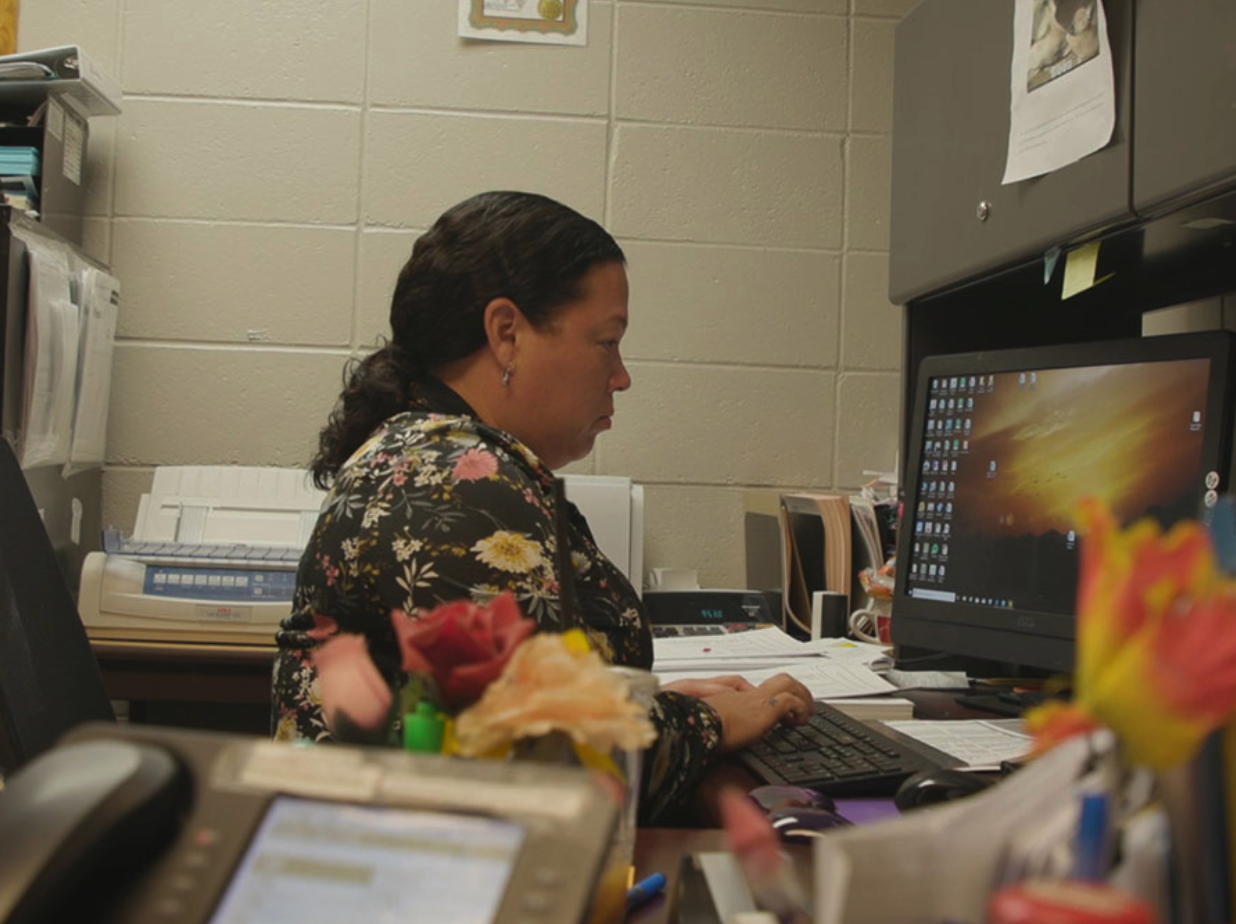 "Justice wasn't served, in my opinion," she said. "He was back in the community quickly, and I had to see him when this was all fresh."

Szymanski is confronted with the memory of what happened to her each time a case comes up and each time she sees her perpetrator in the community.

She said she uses her position in the court to go through cases and stop them from dropping through the cracks, and she is running for Fort Peck associate judge in the election this month.

"When the system has failed you time and time and time again, you don't feel empowered," Deer said. "It feels like a disconnect between this moment of 'Me Too' and the reality of Indian Country and sexual assault."

Suzette Brewer is a writer specializing in federal Indian law, having written extensively on the Indian Child Welfare Act, environmental issues on reservations, the opioid crisis in Indian Country and violence against Native women and children. Her published books include “Real Indians: Portraits of Contemporary Native Americans and America’s Tribal Colleges” and “Sovereign: An Oral History of Indian Gaming in America.” She is the 2015 recipient of the Richard LaCourse-Gannett Foundation Al Neuharth Investigative Journalism Award for her work on the Indian Child Welfare Act. She is also a 2018 John Jay/Tow Juvenile Justice Reporting Fellow. She is a member of the Cherokee Nation and is from Stilwell, Oklahoma.

You can watch"A Broken Trust" on Newsy's over-the-top streaming platforms, including Roku and FireTV, as well as online at newsy.com. For more details on where to watch, click here.