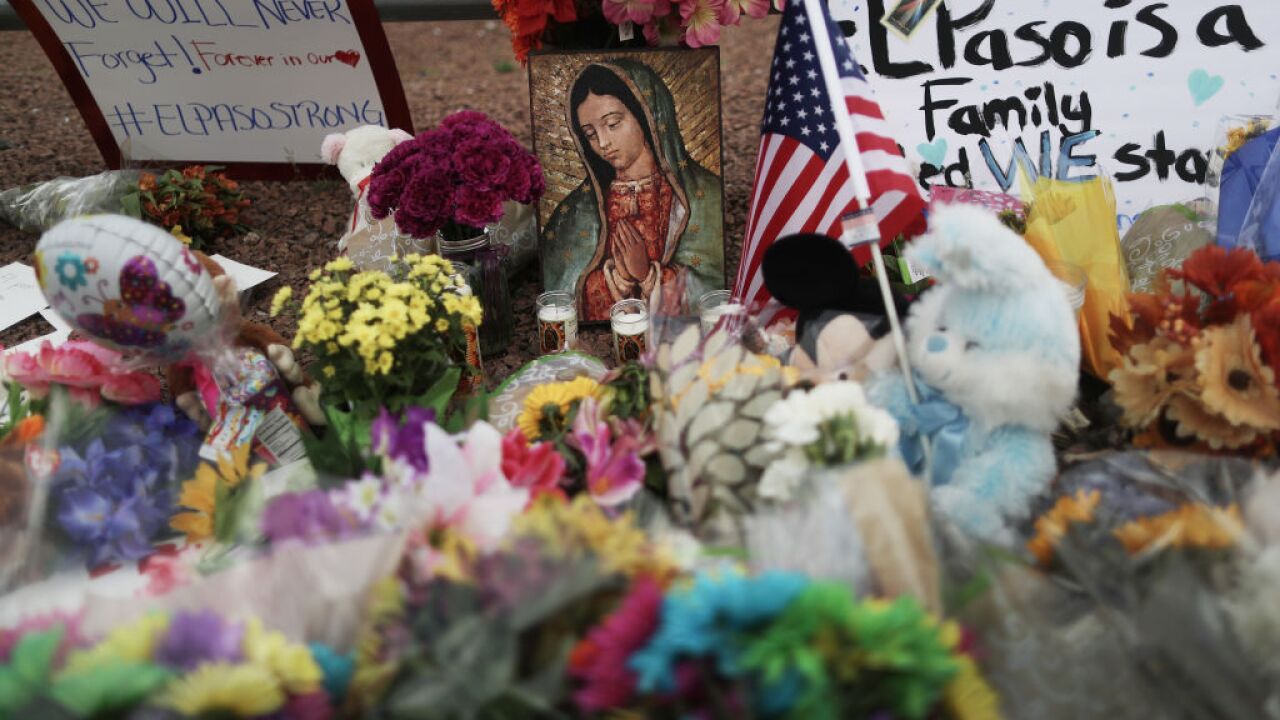 "We just sent notice that we are terminating 8chan as a customer effective at midnight tonight Pacific Time. The rationale is simple: they have proven themselves to be lawless and that lawlessness has caused multiple tragic deaths. Even if 8chan may not have violated the letter of the law in refusing to moderate their hate-filled community, they have created an environment that revels in violating its spirit," Matthew Prince, Cloudflare CEO wrote in a blog post .

The announcement was an about-face after Cloudflare told CNN earlier Sunday that it had no plans to stop providing its services to 8chan. The company had said it has been in contact with law enforcement about Saturday's mass shooting in El Paso, Texas, where the suspect is believed to have posted what police describe as a manifesto on 8chan minutes before the attack. People accused of a synagogue shooting in Poway, California, and shootings at two mosques in New Zealand also reportedly announced their plans on 8chan.

"We continue to feel incredibly uncomfortable about playing the role of content arbiter and do not plan to exercise it often," Prince said in the post.

While 8chan has been offline since roughly midnight PST, it's possible the site may be able to get back online using a different internet services provider. A message posted on the website's official Twitter account said "there might be some downtime in the next 24-48 hours while we find a solution."

Cloudflare provides cybersecurity and other services to websites that help them to stay online. In 2017, Cloudflare pulled its services from The Daily Stormer, a Neo-Nazi website.

Douglas Kramer, Cloudflare general counsel and a former lawyer in President Barack Obama's White House, told CNN Business on Sunday that the company does not believe it should have the power to unilaterally decide what can and cannot stay on the internet.

Kramer said Cloudflare complies with requests from law enforcement agencies and from courts relating to websites that are involved in child pornography and other illegal activity.

He said Cloudflare would comply with a request relating to 8chan if such a request were made, but the company would "want to see something from law enforcement or a regulator agency or a court that says, 'We have made this decision after going through due process.'"

Kramer said while there are laws, regulations and processes in place for pulling online support services from websites like those used for child pornography, lawmakers and regulators have been less active in creating processes for sites like 8chan.

After the company stopped working with The Daily Stormer in 2017, Prince questioned his own decision.

"You win a lot of points for firing Nazis from using your service," Prince told CNN at the time. "But it sets a dangerous precedent when a company that most of your viewers have never heard of is effectively deciding what can and cannot be on the internet."

"Without a clear framework as a guide for content regulation, a small number of companies will largely determine what can and cannot be online," Prince wrote in a blog post at the time .

"We really don't have anything to do with content," Kramer said. "We see bits moving around the internet and we are one of the groups that make sure those bits move safely and securely."

"Facebook sits up at the surface of the internet, forming communities, moderating those communities, figuring out what people want to see next," he said.

"We recognize the tragedy of the two incidents that happened yesterday," Kramer said, adding that Cloudflare was continuing to monitor the situation.

Fredrick Brennan, who created of 8chan, told CNN on Sunday that the site's current administrators "are running it in a way that is indefensible."

"If it's going to keep on like this it should be shut down," he said. "I don't want to pile on but they are not doing anything to solve this. They should at least shut down the board for a week or a month after something like this. They are letting their users incite violence."

He later tweeted a thank you to Cloudflare after the company announced its decision.

"Finally this nightmare might have an end. I just want to go back to making my fonts in peace and not have to worry about getting phone calls from CNN/New York Times every time a mass shooting happens," he tweeted .