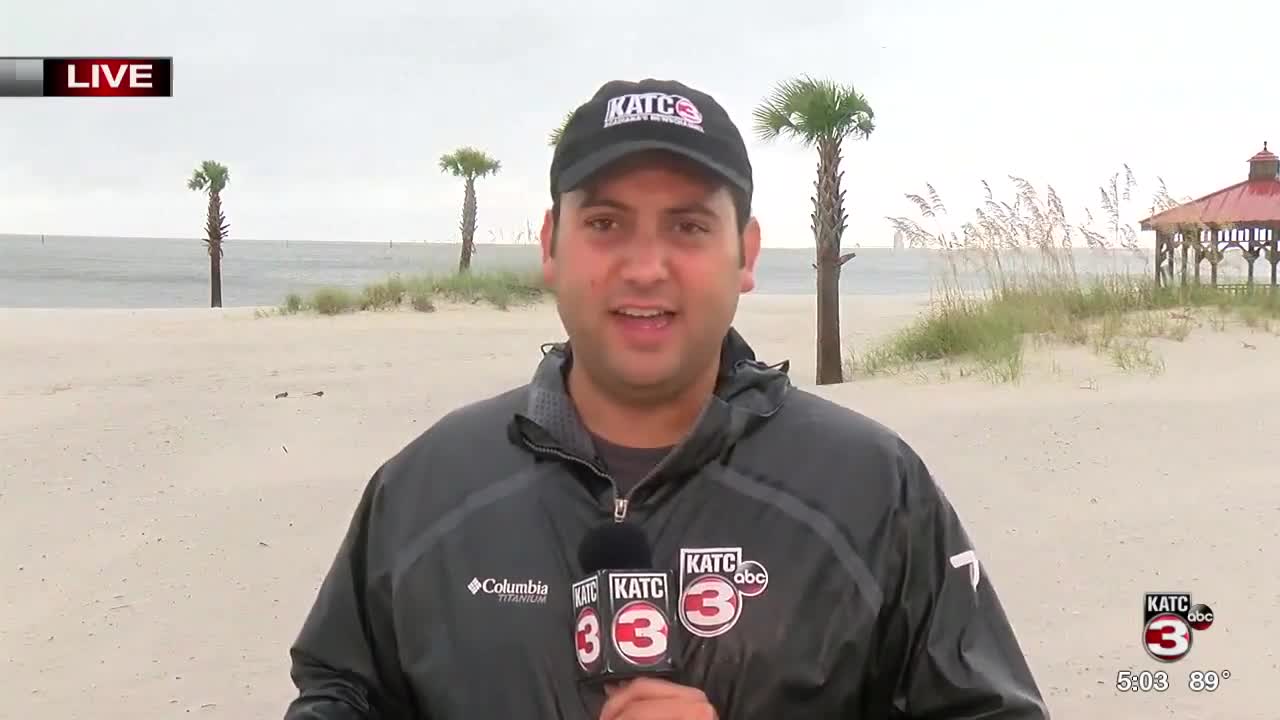 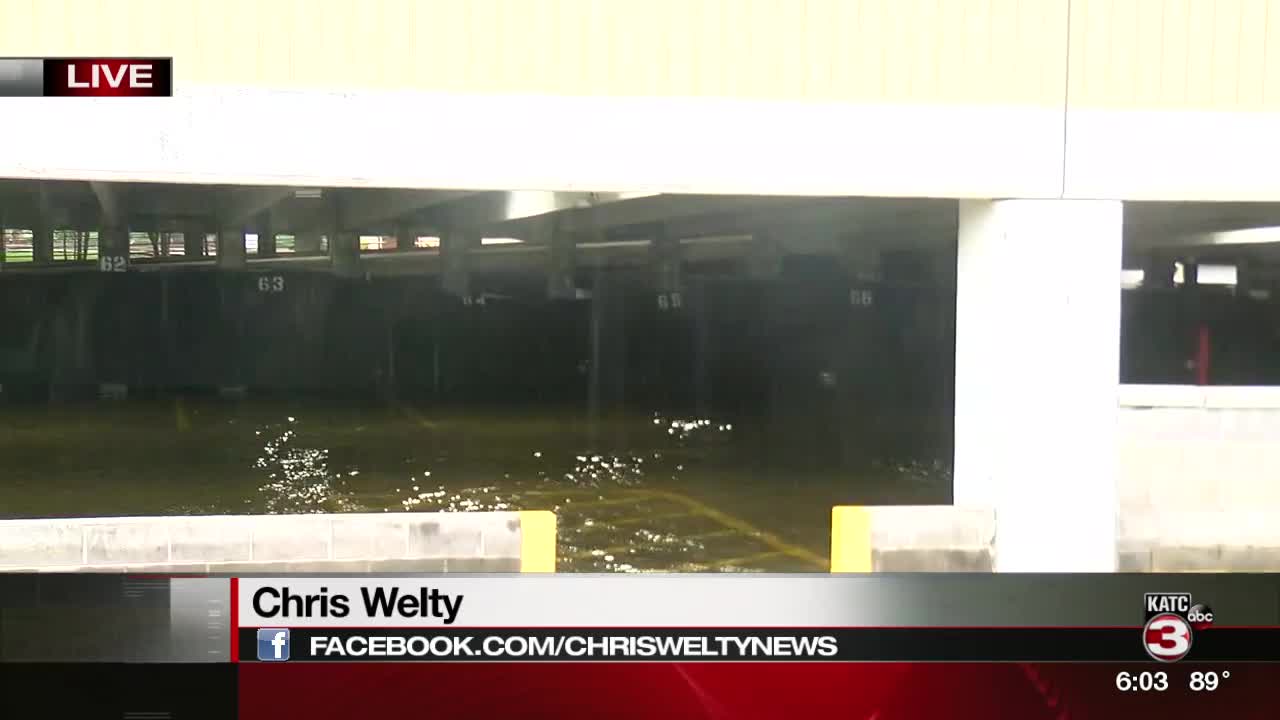 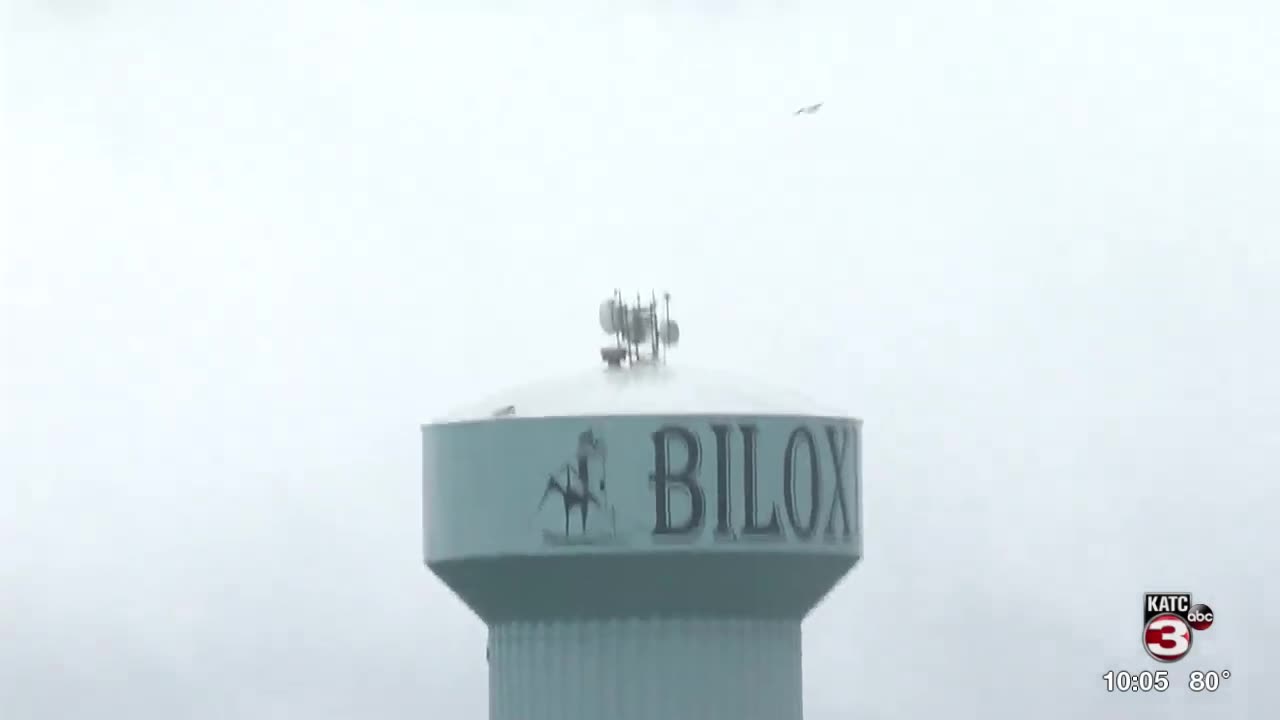 ORANGE BEACH, Ala. (AP) — Hurricane Sally drifted in a slow crawl Tuesday toward the northern Gulf Coast, threatening dangerous storm surge and relentless rainfall that forecasters warned could trigger historic flooding as the storm was expected to hover in the area long after coming ashore.

“It’s going to be a huge rainmaker,” said Phil Klotzbach, a research scientist and meteorologist at Colorado State University. “It’s not going to be pretty.”

The National Hurricane Center expects Sally to remain a Category 1 hurricane, with top sustained winds of 80 mph (130 kph) when it makes landfall late Tuesday or early Wednesday. The storm’s sluggish pace made it harder to predict exactly where its center will strike, though it was expected to reach land near the Mississippi-Alabama state line.

The hurricane’s slow movement not only delayed landfall, but also exacerbated the threat of heavy rain and storm surge. Sally remained a dangerous storm Tuesday even after losing power, its fiercest winds having dropped considerably from a peak of 100 mph (161 kph) on Monday.

By late morning Tuesday, hurricane warnings stretched from east of Bay St. Louis, Mississippi, to Navarre, Florida. Rainfall of up to 20 inches (50 centimeters) was forecast near the coast. There was a chance the storm could also spawn tornadoes and dump isolated rain accumulations of 30 inches (76 centimeters).

Two large casino boats broke loose Tuesday from a dock where they were undergoing construction work in Bayou La Batre, Alabama. M.J. Bosarge, who lives near the shipyard, said at least one of the riverboats had done considerable damage to the dock.

“You really want to get them secured because with wind and rain like this, the water is constantly rising,” Bosarge said. “They could end up anywhere. There’s no telling where they could end up.”

In Orange Beach, Alabama, towering waves crashed onshore Tuesday as Crystal Smith and her young daughter, Taylor, watched. They drove more than an hour through sheets of rain and whipping wind to take in the sight.

“It’s beautiful, I love it,” Crystal Smith said. “But they are high. Hardly any of the beach isn’t covered.”

Capt. Michael Thomas, an Orange Beach fishing guide, was outside securing boats and making other last-minute preparations. He estimated up to 5 inches (13 centimeters) of rain had fallen in as many hours.

A couple miles away in Gulf Shores, Alabama, waves crashed over the end of the long fishing pier at Gulf State Park. Some roads in the town already were covered with water.

Stacy Stewart, a senior specialist with the National Hurricane Center, said Tuesday that people should continue to take the storm seriously since “devastating” rainfall is expected in large areas. People could drown in the flooding, he said.

“This is going to be historic flooding along with the historic rainfall,” Stewart said. “If people live near rivers, small streams and creeks, they need to evacuate and go somewhere else.”

Donald Jones, a National Weather Service meteorologist in Louisiana, said Sally could unleash flooding similar to what Hurricane Harvey inflicted in 2017 when it swamped the Houston metropolitan area.

As rain grew heavier Tuesday, many businesses appeared to be closed at exits along the I-10 highway that runs parallel to the Gulf Coast from Louisiana to Florida.

In Gulfport, Mississippi, white plastic bags hung over some gas station pumps to signal they were out of fuel. Along a bayou that extended inland from the Gulf, three shrimp boats were tied up as shrimpers and others tried to protect their boats from waves and storm surge. Most boat slips at Gulfport’s marina were empty, and many businesses had metal storm shutters or plywood covering the windows.

David Espinosa walked the streets of Pascagoula, Mississippi, Tuesday afternoon, drenched by the rain. He wasn’t worried much about Sally, having found his pickup truck in a tree after Hurricane Katrina wrecked much of Mississippi’s coast in 2005.

Espinosa had just moved back to the area a few days ago, after a long stint in Oklahoma City.

“We just didn’t know there would be another hurricane when we got back,” Espinosa said. “Here we go again.”

In Alabama, officials closed the causeway to Dauphin Island and the commuter tunnel that runs beneath the Mobile River. An online video from Dauphin Island showed a few cars and SUVs stuck in a beachfront area, their tires sunk deep into wet sand.

“This is not worth risking your life,” Ivey said during a news conference Tuesday.

The storm was moving at only 2 mph (4 kph) Tuesday afternoon, centered about 105 miles (165 kilometers) south of Mobile, Alabama, and 60 miles (95 kilometers) east of the mouth of the Mississippi River. Hurricane-force winds stretched 45 miles (75 kilometers) from its center.

After making landfall, Sally was forecast to cause flash floods and minor to moderate river flooding across inland portions of Mississippi, Alabama, northern Georgia and the western Carolinas through the rest of the week.

President Donald Trump issued emergency declarations for parts of Louisiana, Mississippi and Alabama on Monday, and tweeted that residents should listen to state and local leaders.

The threat to Louisiana was easing as officials in some areas reversed evacuation orders that had been issued for areas that had been feared to be a risk of flooding from Sally. In New Orleans, government offices and public school operations were slated to reopen Wednesday.

Florida Gov. Ron DeSantis declared an emergency in 13 counties as rain from Sally’s outer bands pummeled the Panhandle on Tuesday.

On the barrier island of Pensacola Beach, Florida, the Sandshaker Lounge was open Tuesday afternoon, filled with about 30 locals and tourists staying at nearby hotels.

“I think I’m the only business open,” said bartender Kyra Smith. “It’s pretty windy, but nobody’s being knocked down. We want everybody to be safe.”

Smith was serving hot dogs and pizza and planned to close late Tuesday afternoon or when the bridge to the mainland closed, whichever comes first. She said most locals have lived in the area for decades and have weathered many storms bigger than Sally.

“We’re just going to ride it out,” she said.