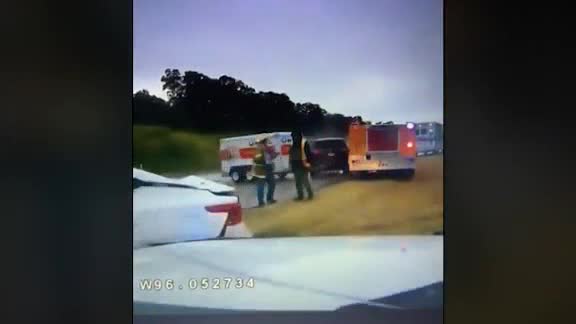 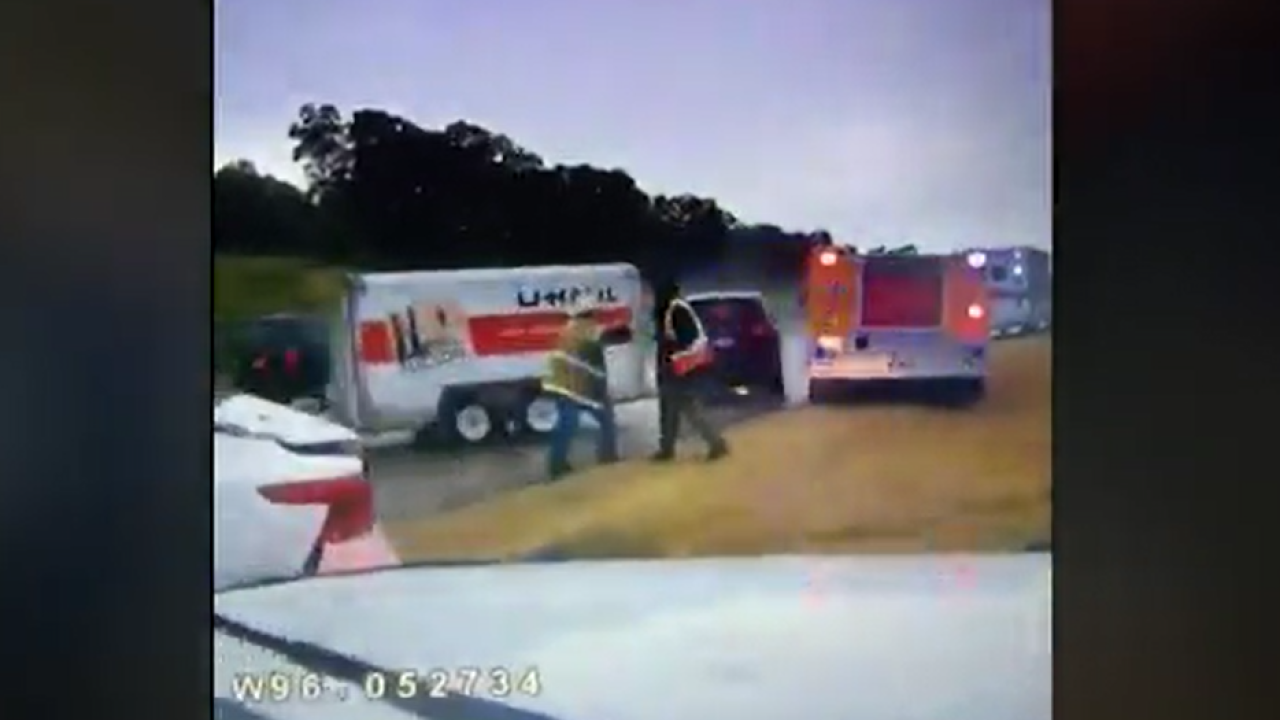 In the video, two men are standing on the side of the roadway when a vehicle carrying a U-Haul trailer begins to hydroplane toward them. The vehicle then strikes a fire rescue truck, causing the trailer to whip around and slam into the firefighters.

According to troopers, the driver crossed all four lanes after losing control on the wet roadway.

The two men, who are members of the Stringtown Fire Department, are expected to be okay. Officials say they were miraculously left with only bruises and no broken bones.

The firemen and driver were taken to a hospital where they were treated and released.

The Highway Patrol says they shared the video of the August 23 crash to remind drivers to slow down when the roads are slick or when they see flashing lights.