Barge strikes shut down I-10 bridge near Houston 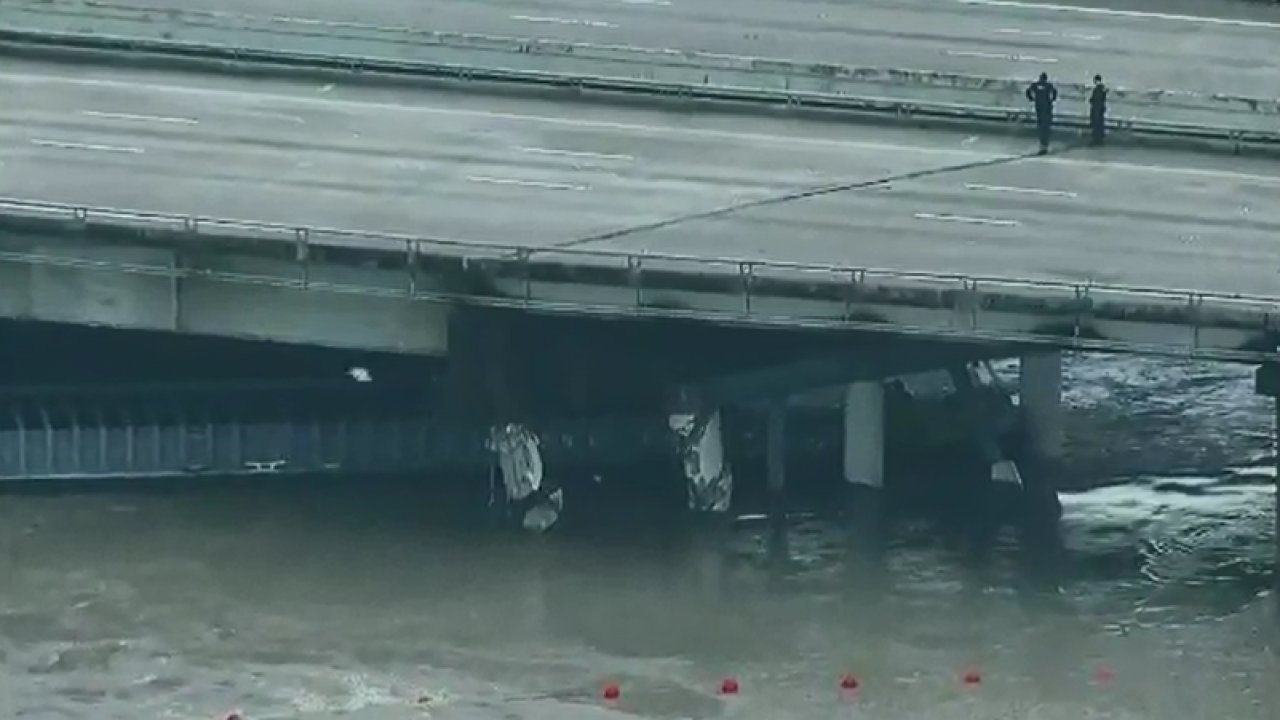 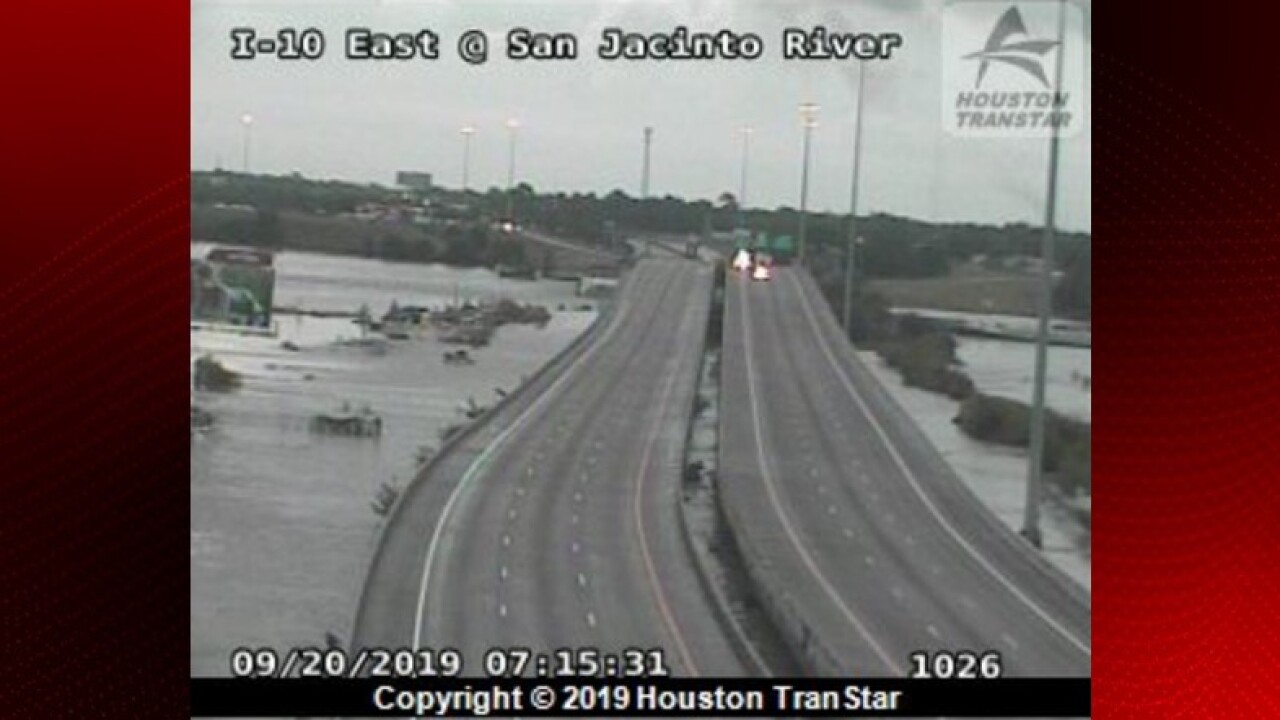 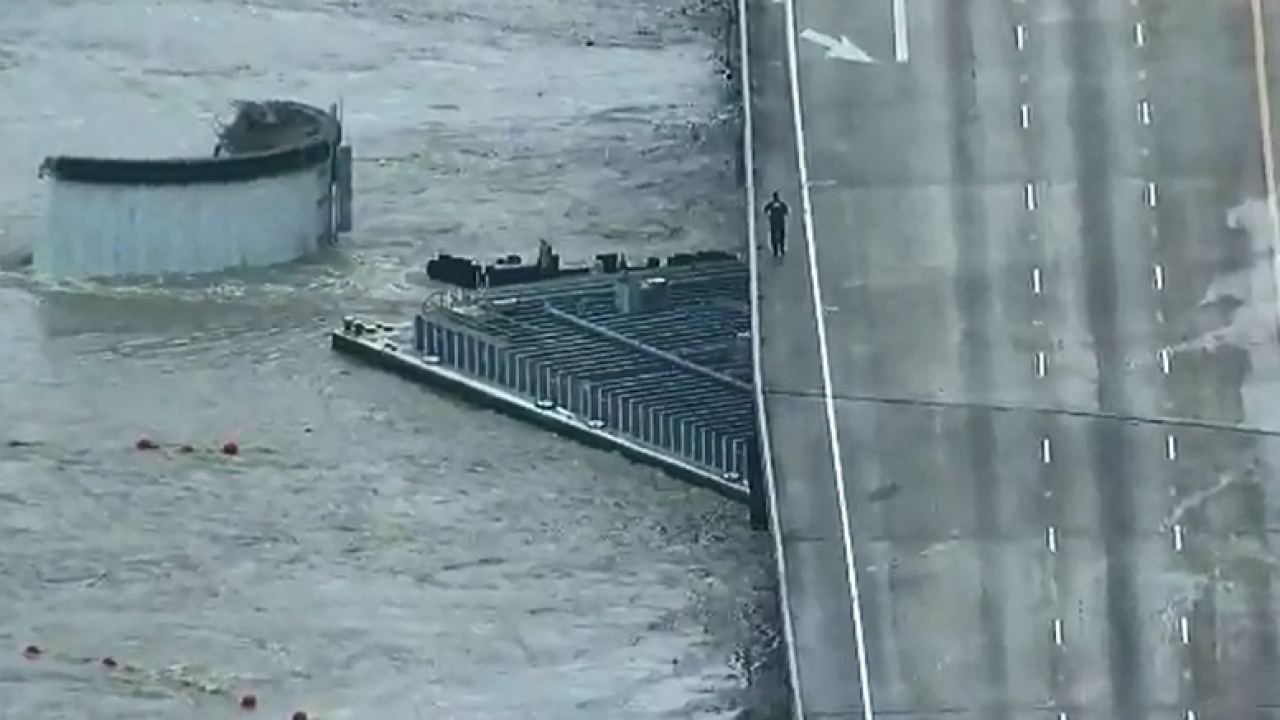 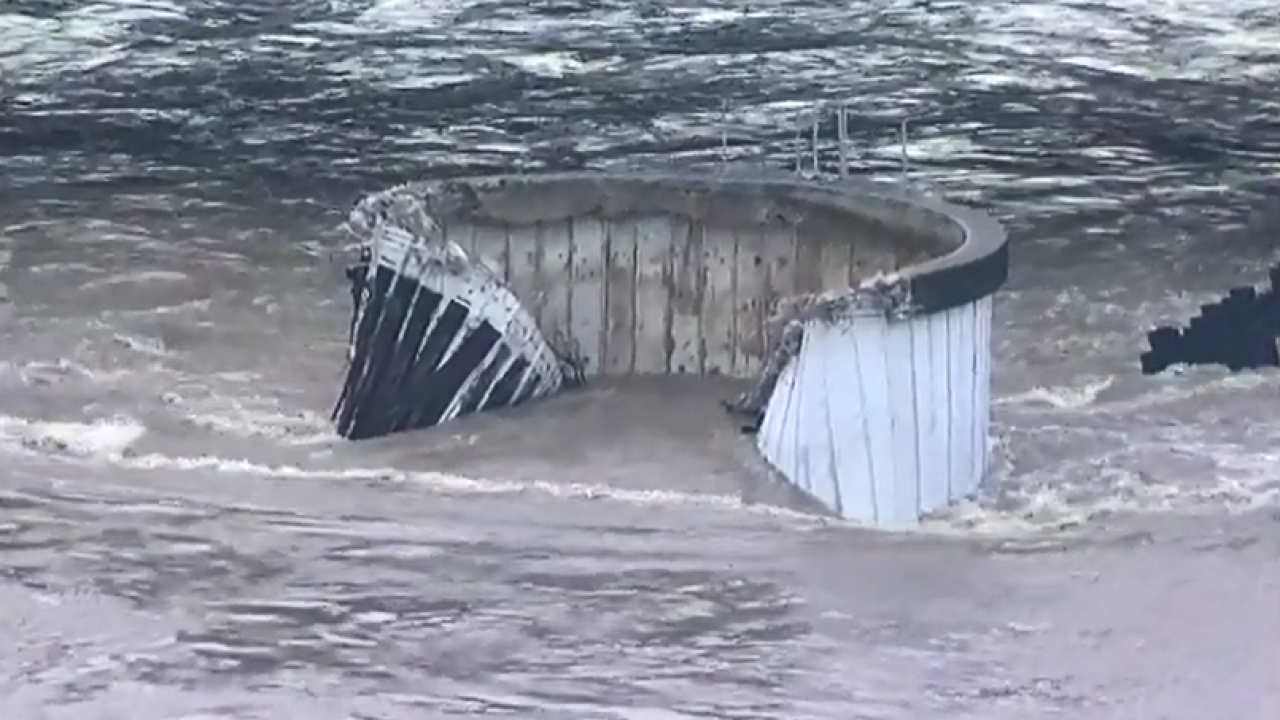 HOUSTON — Another weather-related incident has shut down I-10 near Houston on Friday morning.

The I-10 bridge over the San Jacinto River near Channelview, east of Houston, has been shut down after being struck by at least two barges.

The incident occurred just after midnight on Friday, September 20.

The Coast Guard says that they received a report that nine barges had broken from their moorings at an area north of the bridge.

Helicopter and boat crews were diverted to the scene to investigate.

Vessel movement under the I-10 bridge at the San Jacinto River was suspended on Thursday because of strong currents. That suspension remains in effect.

I-10 East Freeway EB and WB at the San Jacinto River all mainlanes are closed. Several barges have impacted the bridges at this location. This is a developing situation that is further enhanced by the river rising. No est. time on reopening. Use SH 225 as an alternate. pic.twitter.com/DLpw4YH4TZ