Mild Tuesday but rainy, cold weather on the way 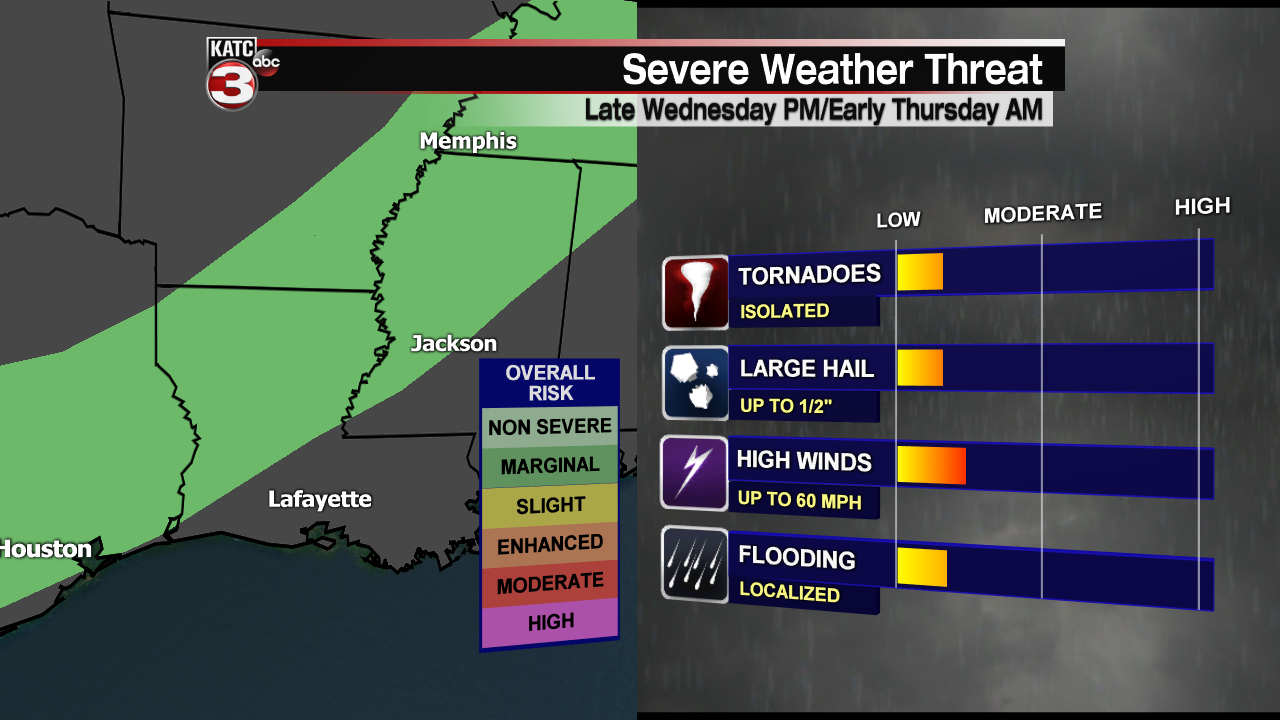 As we move through the last week of October it's strange to think about how hot it was to start to the month, and looking at the extended forecast it's safe to assume we won't be saying the same thing about November.

Cold air is going to be digging in from the northwest with the coldest temperatures we've seen so far this season with lows expected to drop into the upper 30s across south Louisiana.

In the meantime we'll have a mild stretch of days with plenty of cloud cover keeping our temperatures fairly well insulated, meaning the thermometer will stay pretty consistent.

Highs on Tuesday will push into the low 70s in the afternoon, and it wouldn't be surprising if we see a couple of quick, passing showers that move through around commute time.

Clouds will keep us a little warmer during the overnight hours so lows will only drop to around 69 degrees by early Wednesday morning.

Showers will pick up through Wednesday afternoon and evening ahead of the front, which may end up sparking a few isolated cases of severe weather for the northwest corner of Acadiana.

Winds will be the biggest issue with a slim possibility of an isolated tornado along the leading edge of the front, the threat will mostly be for central Louisiana but areas north of I-10 should watch the weather closely.

The worst of the weather will move in for Halloween morning with heavy rain accompanying you for your Thursday morning commute, but the rain should be easing up in the afternoon for Trick or Treating.

This will be the coldest weather we've had so far this season and while we aren't expecting any kind of freezes, we'll be getting close to it in some of the more inland parishes.

It's only a matter of time though before we see the big drop in temperature since our average freeze usually occurs mid to late November, and for a further sign of the times remember to push those clocks back an hour.