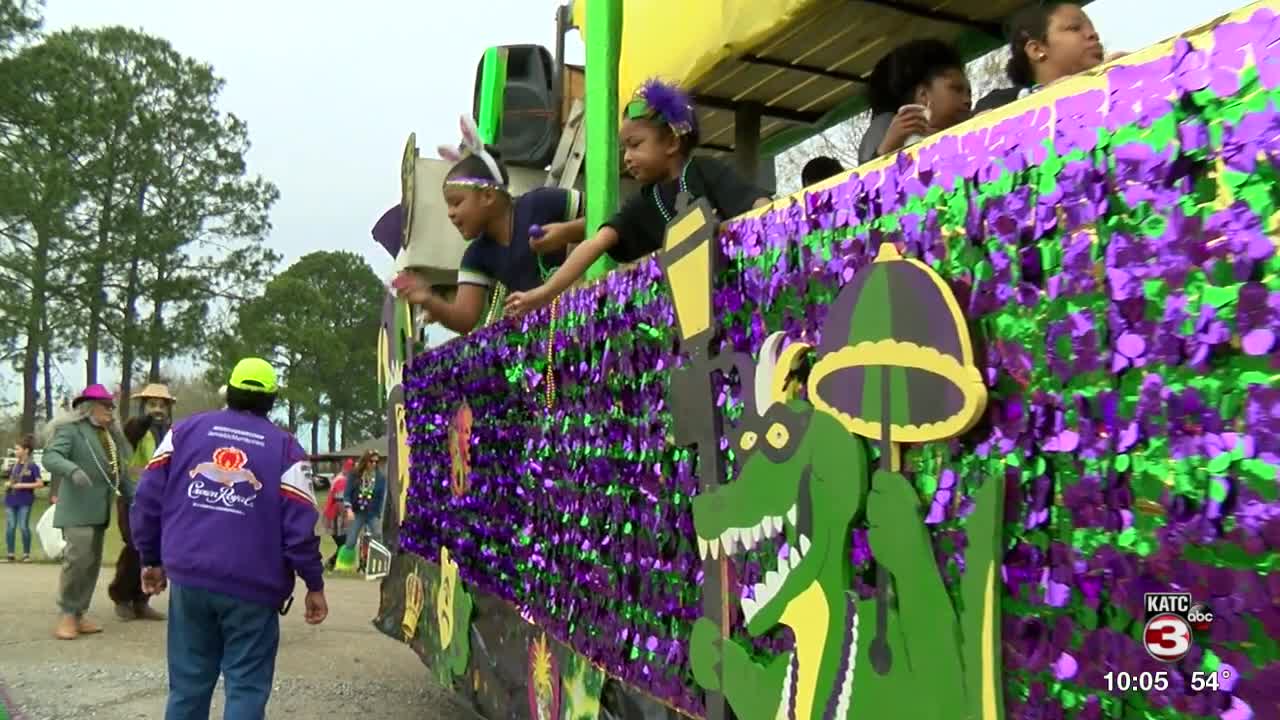 Several floats rolled around Grand Marais and down Main Street in Loreauville on Mardi Gras Day.

Parade-goers told KATC they come because it's barricade-free, close to home, and a smaller crowd.

"It's family-friendly is all I can say. Because I have kids, so I don't like trouble," said one reveler, Wendy Broussard-Marks.

The lack of barricades wasn't stopping residents from enjoying the festivities, but safety was a high priority.

Harrison Welcome, Jr. said his granddaughter will, "keep me on my toes. That's going to keep me alert at all times. Even though we don't have barricades, I'll look out for her and other children so that they don't get hurt."

Another celebrator, Wendy Marks, said the only fight she has seen at the Loreauville parade is over which football team her group represents.