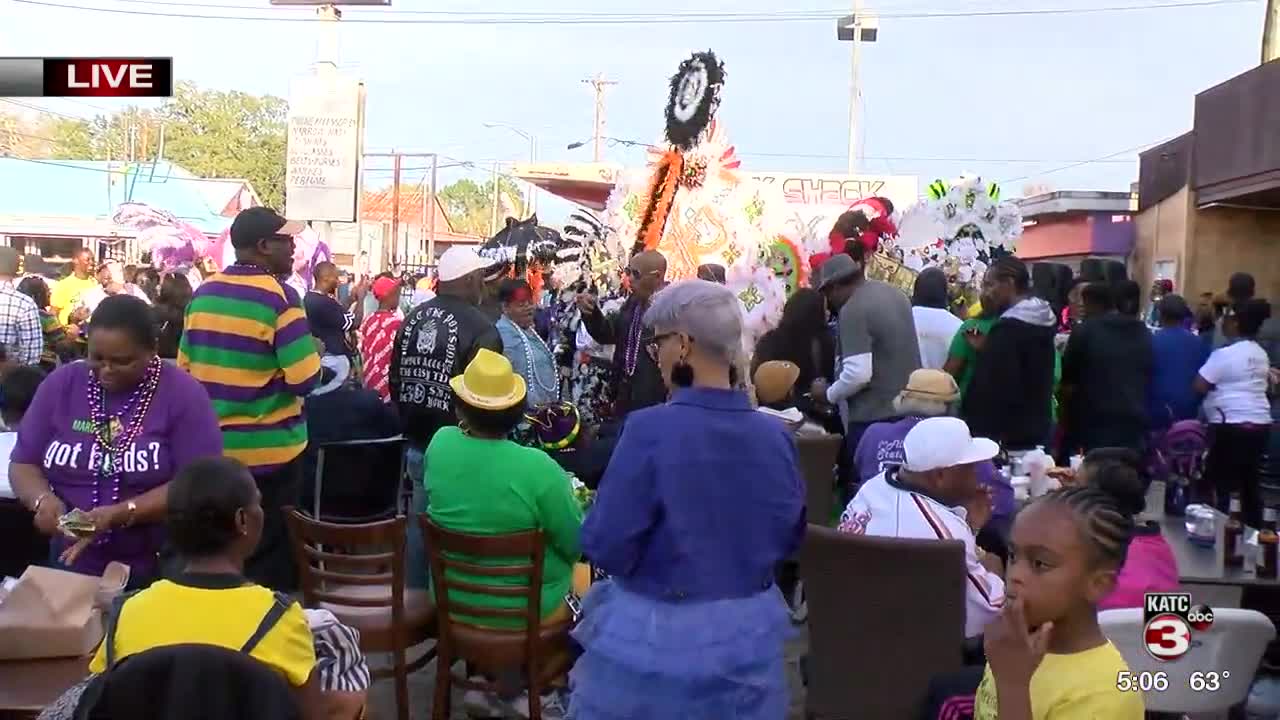 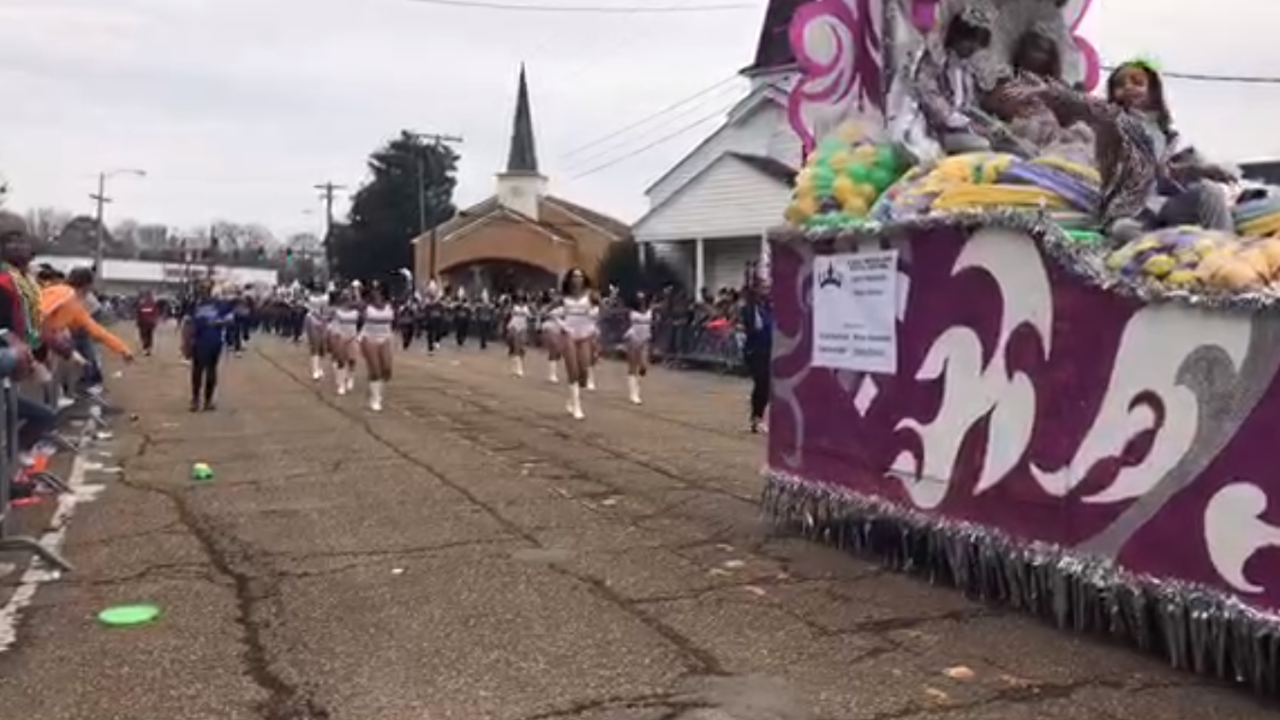 Even after a bit of a delay for the King's Parade, the 1:00 pm parade was right on time.

This parade travelled down to Cajun Field on the same path as King Gabriel's route.

Our KATC's Float Finders were at the start of the parade route.

The Independent Paraderolled right after the Mardi Gras Festival Parade.